Just after touting some much-needed good news on the job front, President Obama and his wife Michelle set off on their 10-day Asian visit.

The Obamas touched down in Mumbai, India's financial center where he will pay tribute to victims of a 2008 terrorist attack at the Taj Mahal Palace Hotel and take in celebrations of the Hindu festival of light, Diwali. The remainder of the four-nation tour includes stops in Indonesia (where Obama spent part of his childhood) as well as Korea and Japan.

Still, the trip is not without its skeptics. Students in both India and Indonesia have already staged large-scale protests in advance of the president's visit. And the White House recently slammed a series of reports which claimed Obama's visit would cost U.S. taxpayers $200 million each day. 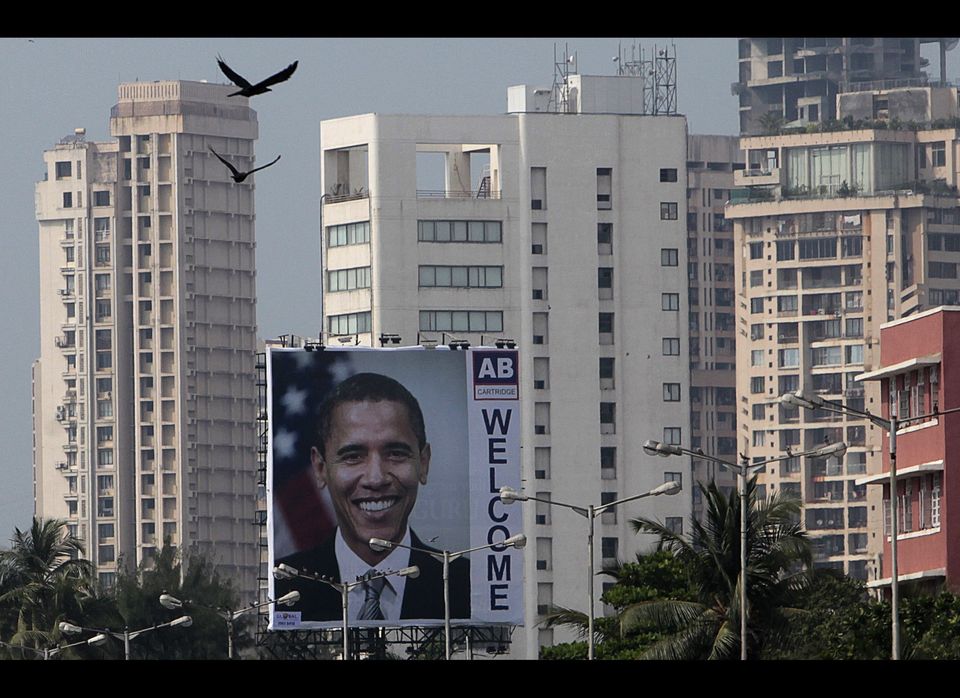 1 / 7
Mumbai
Obama is scheduled to arrive in Mumbai on Nov. 6, where he will meet with local business leaders.
AP