It's the president's birthday! And what better way to celebrate than to give the birther movement even more media attention. Of course, we don't really know that Obama was born on August 4th, because he refuses to show his birth certificate to anyone but factcheck.org and dozens of other politicians and reporters. The scoundrel! We thought to celebrate Barack's big day, we'd show you how the birthers are celebrating. First comes Sean Kelly, an award-winning illustrator for the "New York Times" and the "Washington Post." He has created a card for the President from our favorite conspiracy theorists. 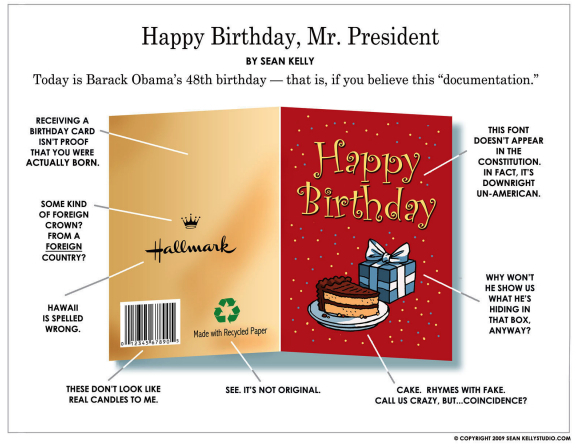 Next is the winner of our "Wish The President A Happy Birthday" contest with someecards.com. It weighs in with similar sentiments. 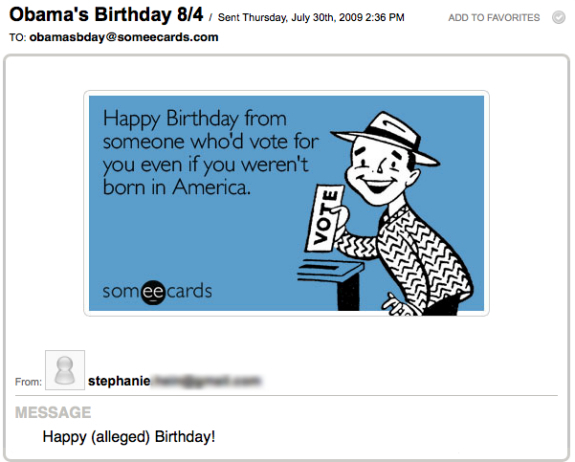