This time 7 years ago marked Barack and Michelle Obama’s first holiday season celebrated from the White House. There were a lot of firsts for the Obamas back then, but as Mrs. Obama told Oprah during a 2009 special interview, her favorite “first” was, hands down, that first Christmas.

“This is beautiful,” she said at the time. “I’ve never visited the White House during Christmas, and it is just absolutely magical.”

The only thing that could compete with that feeling, Mrs. Obama continued, was when the family experienced their first snow at the White House that year. The president agreed.

“It was pretty,” he said. “These guys, Michelle and the girls, went out [and] we had basically a cookie tray that the carpenters had turned into sleds.”

The Obamas’ historic path to the White House was long and, at times, trying for the couple. When Oprah asks if the presidency had redefined their marriage, Mrs. Obama reflected on what it took to get there.

“It’s been an absolute journey. I don’t think the presidency has defined [our marriage] differently, but I think the journey here has,” she said, before turning to her husband. “What do you think?”

“I think that sounds very sensible,” he chuckled. “The truth is, I think our marriage is stronger than ever, and I think Michelle’s absolutely right that the course of this campaign ― all the struggles that we went through, making sure that we were balancing our kids’ needs, Michelle’s needs with the demands of the campaign ― all that, I think, reaffirmed our commitments to each other in a really powerful way.” 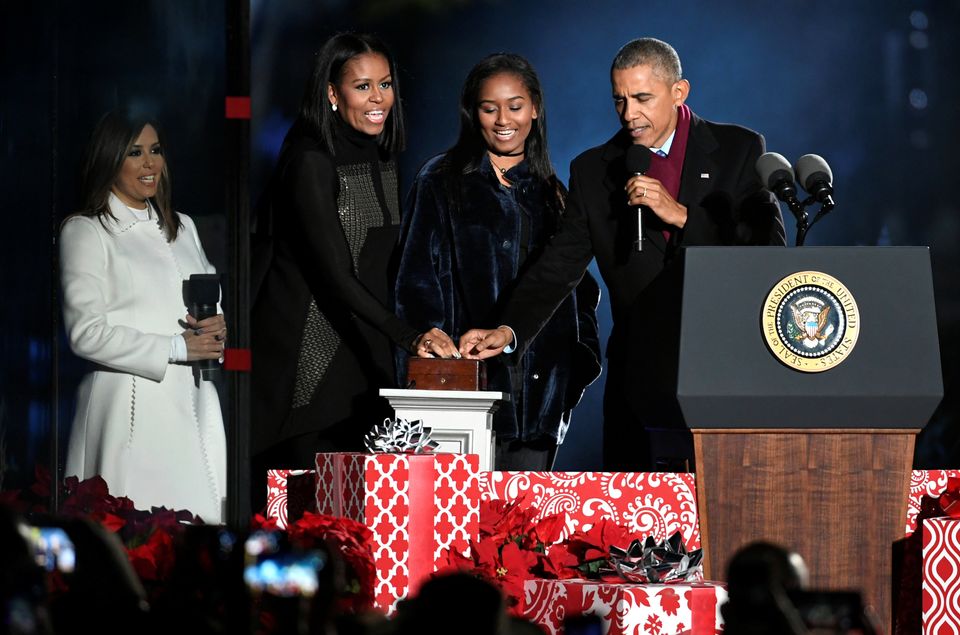