***See Obama Body Surfing on Thursday***
Barack Obama is enjoying a break in Honolulu, Hawaii in advance of the Democratic National Convention. As seen in the AP photos below, he has spent time with daughters Malia, 10, and Sasha, 7, picnicked with family and friends, gone golfing and played some basketball at a local school.

He and wife Michelle also made time for business, attending a fundraiser Tuesday night at the Kahala Hotel.

Heading into the fundraiser with Michelle Tuesday night: 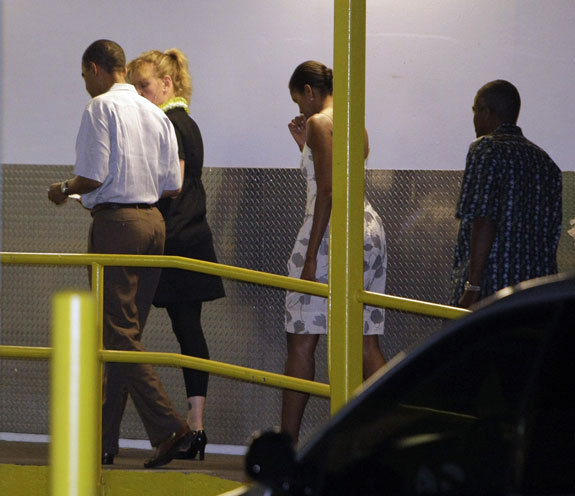 With Sasha and Malia: 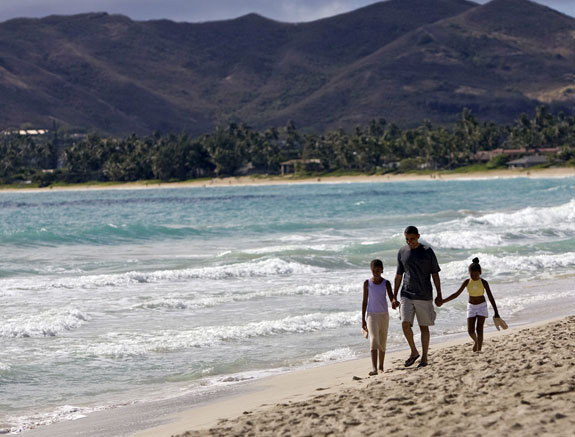 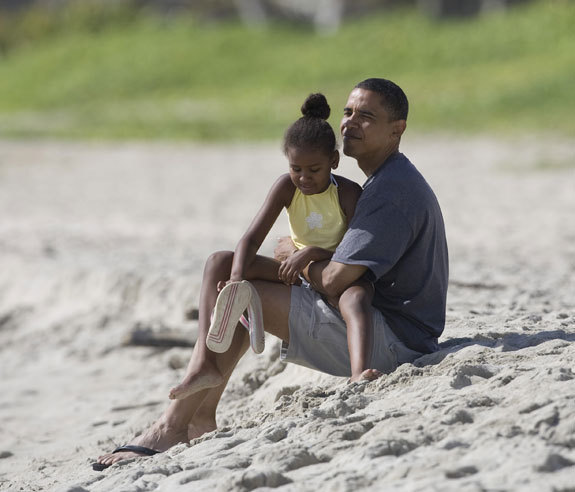 Leaving a basketball game with Eric Whitaker at the Punahou School. 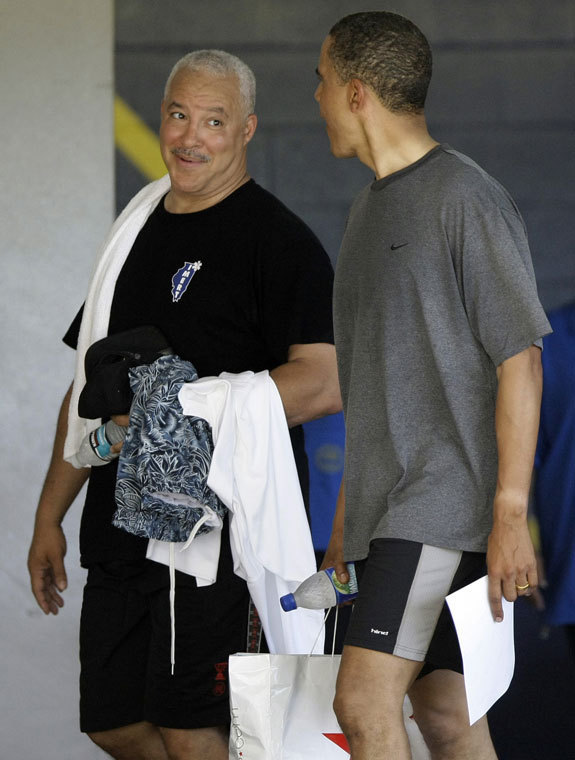 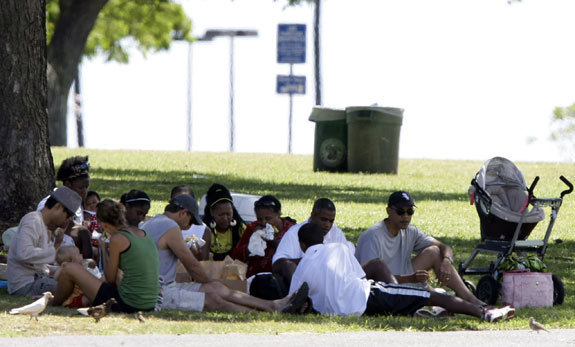 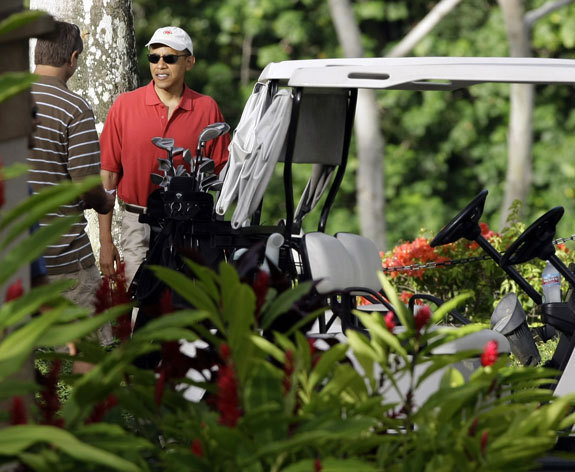 Followed by a trip to eat shaved ice 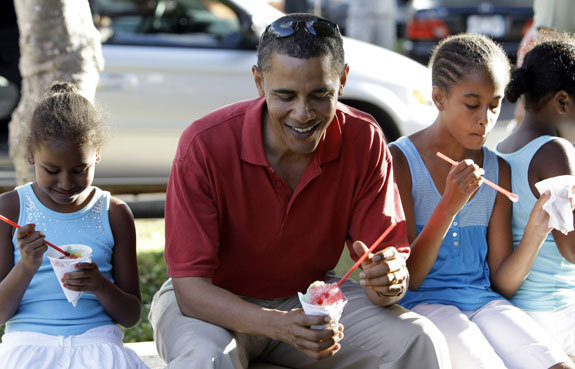 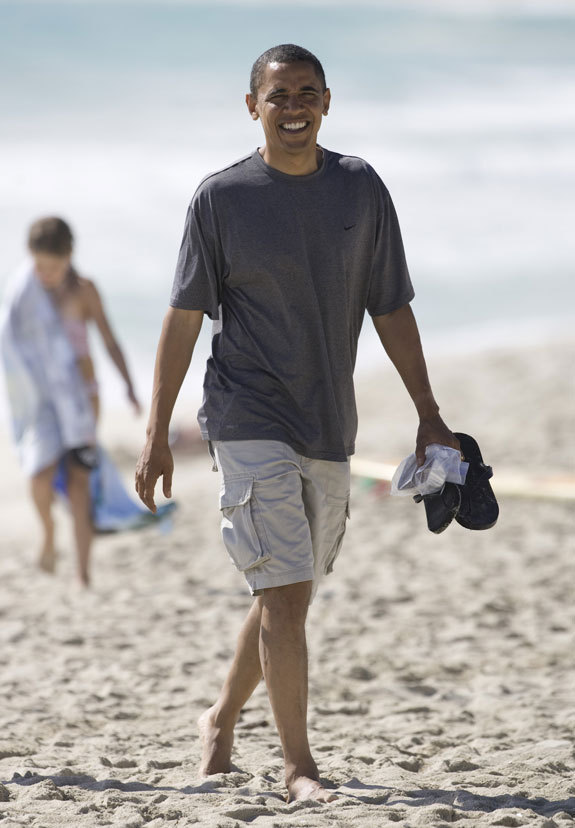