How well the economy is doing on November 6, 2012, will likely be the single most important factor in how America votes.

And even though Republicans appear dead-set on blocking any legislative measure President Barack Obama comes up with that could actually stimulate growth, the president isn't entirely impotent when it comes to goosing the economy between now and Election Day -- on his own.

Several progressive thinkers contacted by The Huffington Post described six approaches Obama could still take unilaterally -- if he's willing to get a bit more assertive about things -- that could make an impact before November.

Obama himself has indicated he's thinking along these lines. "Now, there are steps that we can take absent congressional action," he said during a Friday press conference in France.

He cited the measures he approved in late October to reduce the burden of student loans. And, he said at the time: "We're going to keep on rolling out administrative steps that we can take that strengthen the economy."

But Obama wasn't exactly giddy about the prospects of executive action. Congress controls the purse strings, which means, as he put it: "If we're going to do something big to jumpstart the economy ... Congress is going to need to act."

Another caveat: Two days after the 2010 midterm elections, with a near-certain legislative deadlock looming, The Huffington Post spoke to a number of progressive leaders and compiled an entire agenda Obama could have pursued without Congress's help. Obama didn't adopt any part of it.

6 Things Obama Could Do To Goose The Economy -- Without Congress 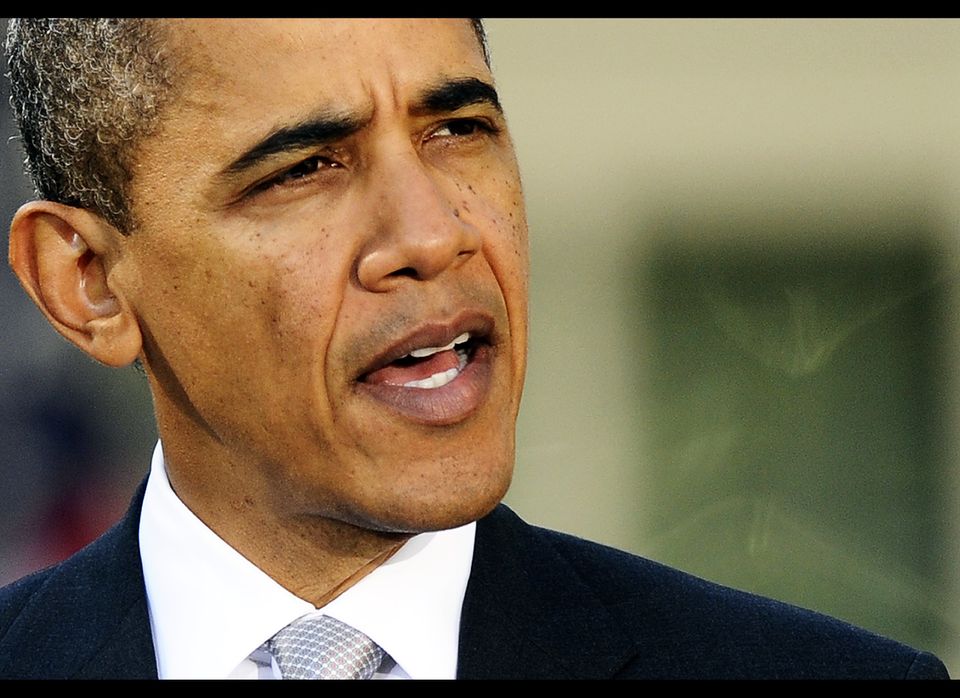 1 / 6
Demand Banks And Other Mortgage Holders Aggressively Write-Down Principal
"By far the biggest thing President Obama can do right now is, rather than cutting a small-ball deal with the banks on the mortgage foreclosure stuff, to really use the leverage that we have -- because of all of their perjury, robosigning and the other illegal acts they committed -- to really put the squeeze on the banks and aggressively force them to write down more mortgages," said <a href="https://www.huffpost.com/mike-lux" target="_hplink">Mike Lux, a progressive strategist</a>. "It's definitely within the power of the executive," Lux said. "I just think they have all kinds of leverage that they're not using." Many progressives see writing down the principal on underwater mortgages -- rather than just adjusting payments -- as essential to a housing market recovery. "And if we could stabilize and start to revive the housing market, it would make such a difference in the economy. It's like a black hole sucking everything down," Lux said. While Timothy Geithner's Department of Treasury has historically been seen as indisposed to aggressively pushing for principal writedowns, "I think that's not a fair assessment of where Treasury is anymore," said <a href="http://www.americanprogress.org/experts/WartellSarahRosen.html" target="_hplink">Sarah Wartell, who runs the policy program at the Center of American Progress</a> and was deputy director of the National Economic Council in the Clinton administration. The <a href="http://www.governing.com/blogs/politics/Foreclosure-Probe-Explained-What-State-AGs-Want-From-Big-Banks-.html" target="_hplink">first settlement coming down the pike</a>, which deals with fraud in mortgage servicing, is currently expected to be in the $20-$25 billion range. But those negotiations are not over. And other settlements -- for instance about misrepresentations to investors -- "have the potential for being larger," Wartell said. Some of that money could be applied to principal writedowns. And the regulatory apparatus could be brought to bear more aggressively to support writedowns and a number of other related measures. "You could put the hammer down in a way that would accelerate each one of these initiatives," Wartell said. "If done right, this could move the dial a little bit." A recent report from <a href="http://www.newbottomline.com/underwater_mortgages_and_1_million_jobs" target="_hplink">The New Bottom Line</a>, a coalition of community organizations, concluded that if the banks were to lower the principal balance on all underwater mortgages to current market value, it would cost about $700 billion -- or about $70 billion a year over 10 years. That may sound like a lot. But consider that banks have borrowed trillions of dollars from the federal government since the crisis hit -- and, in fact, are now hoarding a record $1.6 trillion in cash -- and it doesn't seem like quite so much.
Getty