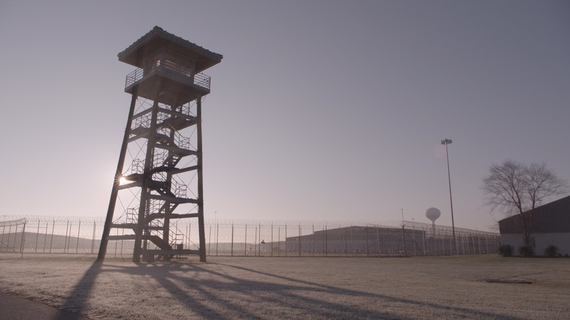 On Tuesday, President Obama shortened sentences for 111 more prisoners as part of the ongoing clemency initiative his administration started two years ago. This brings Obama's total number of shortened sentences to 673--more than the past ten presidents combined. This long-held executive power, known as commutation, serves as a check on overly punitive sentences, and this president's heavy-handed use of the power shines a light on the overwhelming prison problem in the United States.

I explore the reasons for this vast overincarceration--and the implications for our society--in my new documentary, Incarcerating US, which premieres September 15th. Incarcerating US tells the story of America's broken criminal justice system through the eyes of those who created it, those who have suffered through it, and those who are fighting to change it.

Among the documentary's subjects is Amy Povah, who was sentenced to prison for conspiracy in her estranged husband's drug crimes that she was intentionally shielded from. Her husband agreed to a plea bargain, earning him a mere three years' probation in the United States. But because she refused to wear a wire and implicate people she'd never met, Amy received a staggering sentence of 24 years. After a vigorous media campaign, President Clinton eventually pardoned Amy. She abruptly but happily returned to her life.

Amy and the handful of others who receive a commutation by the President and return home to their families have major cause for celebration. But there are thousands more nonviolent drug offenders serving unjust sentences that are not proportional to their crimes. Amy saw this firsthand in prison. Sadly, the vast majority of people are unlikely to attract Presidential attention or pardon. As Amy laments in Incarcerating US, "I may be free, but so many of my friends and other people aren't." Today Amy does excellent work fighting for clemency for others through her nonprofit, Can-Do Justice Through Clemency.

But executive clemency was originally meant for exceptional cases when individuals received exceedingly punitive sentences. In the current system, exceedingly punitive sentences are common and the commutation process is a painfully slow and inadequate way to deal with the problem. That is why we must look deeper into the causes for mass incarceration, not just the band-aid that is executive commutation. We must stop the bleeding. And front-end reforms, like reducing or repealing mandatory minimum sentences, are absolutely crucial.