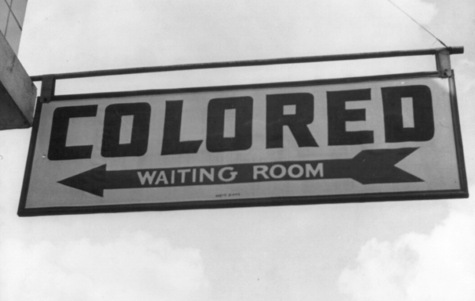 Names used to refer to the "black" community have changed, and continue to change. I sometimes say I was born a colored boy, then I became a Negro, then black, then African-American, and still we are not done. To the list of identities black people in America have assumed or been asked to, we can now add, thanks to this presidential election season, "Obama's people" and "The African Americans."

Many of these names were imposed on us, but not all. For a people to be whole, they must participate in their naming. After being called blacks in a derogatory manner by the white community for years, we reclaimed that term and began referring to ourselves as black, in an effort to embrace and define ourselves. Malcolm X became widely known as one of the first black public figures, while Justice Thurgood Marshall insisted on being called a negro until shortly before he died.

During most of these name changes, I didn't understand how relational and situational these processes were. But they were, and still are. It matters not only what we call ourselves, but what others call us. These are not just labels; they indicate different social positions. As such, they not only situate and affect blacks, but also whites. This dance is relational even if it is not symmetrical.

When Donald Trump refers to "the African Americans," his use of the word "the" attempts to put black Americans into one monolithic category. The "the" becomes a code, a signal that he distances himself from an entire group. He is reassuring his supporters that "the" group he is referring to is the Other. During one debate, Trump declared his commitment to be a president who would serve all people he responded in part like this: "African-Americans, the inner cities. Devastating what's happening to our inner cities."

Trump's characterization of black people and black neighborhoods is the worst, and most racist, stereotype that exists, because it signifies that black space and black people are separate and to be feared. His stereotyping distorts the complexity and reality of black life in America. It also asserts that this imagined black space is far from normal--normal being defined as white space--and can only be fixed by law and order.

But from "welfare queen" to "inner city" to "The African Americans" the list of both coded and explicit characterizations of what is a multifaceted community grows. Yes, there are real issues facing black Americans, just like any community, but they are not all bad, and they are not all the same. Far too many African Americans are in jail, but not all are. Far too many black Americans fear getting shot by police, but not all do.

For Trump there is little to no relationship between the black space and the white space that most of his supporters inhabit. Trump's strategy and use of language is designed to further stigmatize the black community to a largely white base. The kind of extreme stereotypes Trump projects publicly about black people are in the same vein as ones he communicates about other groups, including Mexicans, Muslims, and women. They are the most crass and simplistic projections. In Trump's worldview, black communities are gang-plagued ghettos, all Muslims are radical terrorists, the entire country of Mexico is an organized crime cartel, and women are liars and nasty people whose worth is due to their physical appearance and usefulness to men. As over the top and absurd as these characterizations sound and are, what matters is the frequency of and consistency at which these stereotypes are communicated, and that Trump's demagoguery is constantly amplified on prominent, national media platforms.

Language has always been a way to divide, conquer, classify, and control, but it also helps to constitute who we are and what we think. Language matters, as the stories we live help to give facts and reality their meaning. It is hard to sway minds that have already made unconscious connections.

Language matters because when used as rhetoric it can have a purposeful smoke-and-mirrors effect, shielding more pressing issues that need our attention. As Trump warns that millions of immigrants and blacks are likely to steal the election, we remember that the history of fraud in the US elections has not been about black and brown people voting, but about Republican governors making it more difficult to vote. I worry that Trump may be suggesting that the very civic participation of blacks and other Others may be experienced itself as a kind of loss, as a kind of theft.

I don't know what we will call ourselves in the coming years, given the growing diversity in the black community, largely due to immigration from Africa and the Caribbean. While I cannot say what we will settle on, I can say it will not be a singular term such as "The Blacks" or "The African Americans." Instead, I hope it will be a name that reflects our diversity as well as our deep and changing relationships. I hope our evolving name helps us claim ourselves in deep relationship with those who might think of us as Other. Our name will not only name, it will help us claim ourselves with full dignity and our belonging with all other members of The Earth.

john a. powell is the Director of the Haas Institute for a Fair and Inclusive Society and Professor of Law at UC Berkeley