If President Obama and his national security advisers in the administration were hoping that his commencement address at West Point would set the record straight on his view of the world, they will be sadly disappointed by the result.

Like many of the president's speeches, Obama's address to West Point's latest graduating class of cadets was a good rhetorical performance -- full of patriotic language on America's exceptionalist character compared to other nations and the latest example of the White House's propensity for rolling out big and highly-anticipated speeches.

The problem with the address, as others have pointed out, is that it failed in what was clearly its main objective: stemming the constant stream of criticism from predictable corners of the U.S. foreign policy community. President Obama rightly knew that he wouldn't be able to get John McCain or Lindsey Graham's collective blessing, even if his speech was highly immaculate. But when dependable supporters of the administration's foreign policy, like the editorial board of The New York Times, calls the president's speech "uninspiring," one can come to the conclusion that a whole slew of influential foreign policy types in the D.C. area are none too pleased. 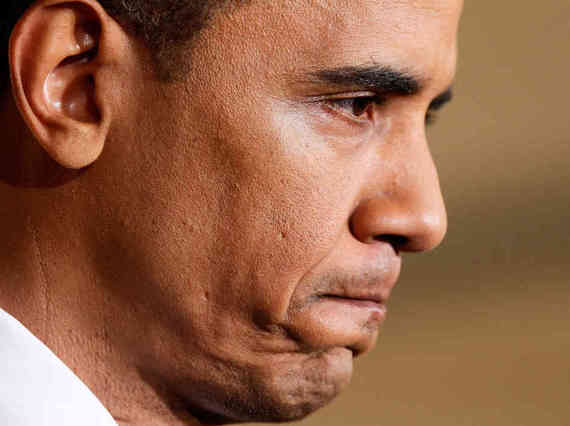 You can be forgiven for being overwhelmed with the many statements and commentaries that came out hours after Obama's West Point address. So for your convenience, I've included a list of the most potent rebuttals to the administration's foreign policy rollout. Enjoy!

There is a growing perception worldwide that America is unreliable, distracted, and unwilling to lead. Our nation's capacity is not in question, but our resolve and judgment are. Speeches alone did not cause this dangerous development, and more speeches will not correct it. We need better actions, and that starts with a more honest debate of the real choices we face and the proper options at our disposal.

The Obama administration has consistently underestimated the threats we face: Iran, North Korea, al-Qaeda, and others. In many corners of the globe, the world is growing more unstable, with a tide of militancy facing the United States and our allies. If these challenges are to be met, the president must explain the high stakes to the American people, which demands more than a yearly speech.

John Boehner, Speaker of the House:

For more than a decade, our troops and civilian personnel have fought to bring peace and security to Afghanistan -- and to ensure it can never again be used as a safe haven for terrorists to attack the United States. I welcome the president's announcement today that he will support a troop presence in Afghanistan next year that will have both a counter-terrorism mission and a train, advice, and assist mission. After my visit last month, I said that I hoped Washington and Kabul would always be worthy of the shared sacrifice and effort the Afghan people and the international community have made. The biggest take-away from my visit is that of all the challenges facing our strategy for Afghanistan, the most potentially damaging and completely avoidable is quitting just short of the goal line.

Today at West Point the president is said to begin an effort to explain his national security policy to us. According to press reports, we, the American people don't understand how deft the president's polices of hitting singles and doubles in foreign policy really are. The problem is us. If we will let him educate us, then we will have a greater appreciation of his more sophisticated, nuanced maneuvering in the world.

Maneuver as he will, the United States today does face a wide, complex array of threats. Mr. Putin has reminded us that Europe is not the serene, peaceful place many had assumed. Despite the administration's best efforts to persuade us otherwise, terrorism has not gone away. In fact, in many ways the terrorist threat we face today is more diverse and difficult than ever.

While I am encouraged the president took the opportunity today to outline his vision of foreign policy, speeches are not policy. Rhetorical shifts will not alter the reality that America is increasingly viewed as a paper tiger. Only a restoration of American leadership, and changes in our policies and actions will restore our credibility and influence throughout the world.

The New York Times Editorial Board:

President Obama and his aides heralded his commencement speech at the United States Military Academy at West Point on Wednesday as a big moment, when he would lay out his foreign policy vision for the remainder of his term and refute his critics. The address did not match the hype, was largely uninspiring, lacked strategic sweep and is unlikely to quiet his detractors, on the right or the left.

The Times is certainly right about that. Over the coming days, you can be sure to see more Republicans, commentators, scholars and former politicos to pile on. If the president didn't realize this already, he now understands that giving speeches will not quiet down the chatter. The best Obama can do over the last two and a half years of his presidency is lead the country how he sees fit, regardless of the negative coverage that is sure to continue on 24-hour cable news and the country's influential editorial boards.