"I've been a fat person all my life," said Peggy Howell, 65, of Las Vegas, Nevada. "I went from being a chubby kid to a fat teenager to a fat adult."

A former administrator and counselor at a church school, Howell recalled a meeting in the early 1990s with her boss. "Out of the blue, my boss tells me that my weight is an indication that my life is out of control," said Howell, who has weighed around 300 pounds for most of her adult life. "He said that I had no business counseling other people if I couldn't even get my life under control and that either I had to lose weight or I'd be fired."

Howell told The Huffington Post that she had no choice but to agree. Over the next six months, she lost more than 100 pounds, she said. But her boss's attitude only worsened. A year later, Howell said, she was forced to quit.

In 2011, two decades after Howell's boss decided she was too fat to work, Congress amended the Americans with Disabilities Act to extend workplace disability protections to morbidly obese people, defined as those 100 percent or more above the healthy weight range for their height. In April and July of 2012, the Equal Employment Opportunity Commission (EEOC) gained settlements in its first two major cases on weight-related workplace discrimination.

With 35.7 percent of U.S. adults currently classified as obese and the number climbing, experts agree that over the next five years U.S. courts and government agencies will be forced to address a number of serious issues regarding how severely overweight people are treated in the workplace.

"There’s a big change going on right now," said Jennifer Pomeranz, director of legal initiatives at Yale University's Rudd Center for Food Policy and Obesity. "Until recently, most courts rejected obesity discrimination claims outright. But now that the EEOC and the courts agree that morbid obesity is a disability, this also changes the way courts will consider [future] cases."

But while advocates are pushing hard for further discrimination protections, classifying morbidly obese as disabled is controversial.

"There is a lot of conflict in the size acceptance community over this,” said Howell. The former counselor is now on the board of the National Association to Advance Fat Acceptance, a group that promotes size acceptance for "fat people" -- a term she insists upon. "I don't consider myself disabled, and some people don't like 'fat' being considered a disability."

Have you been treated unfairly at work? The Huffington Post wants to know about it. Email christina.wilkie@huffingtonpost.com. Please include your name and phone number if you're willing to be interviewed.

Howell’s group is seeking legislation that expands current laws banning gender and race discrimination to cover physical characteristics like height and weight. Underlying this effort is an argument that weight, like height, is not something everyone can choose -- a theory that divides scientists and lies at the heart of the debate over obesity protections on the job.

Texas-based information technology executive Blair Franklin has lived this debate. Six years ago, Franklin weighed 450 pounds and, he told HuffPost, "there was a glass ceiling placed on me at work because of my weight," beyond which he understood he would never be promoted. "If I looked at the groups I worked with, there was never anyone heavy in upper management," he recalled. Gastric bypass surgery helped Franklin lose 225 pounds, and soon afterward he was placed on a management fast track.

"Having been heavy myself, I don't think [obesity] should be protected as a disability at work," Franklin said. "I think being overweight is a personal choice, and if you get to the point where it's a disability, you need to address whatever is causing you to eat so much."

When it comes to identifying a disability under law, however, Pomeranz at Yale noted there "is no prerequisite that you have to be blameless for your disability."

Even those who enforce obesity discrimination law recognize there's room for clarification. "The entire area of discrimination against overweight people is not cut and dried," said Justine Lisser, a senior attorney with the EEOC's Office of Communications and Legislative Affairs. "Protected disabilities are 'impairments that substantially limit a major life activity,'" she said, and that definition covers morbid obesity.

"There are, however, people who might be fat or who may have a BMI that is higher than what is considered healthy, but not so high as to constitute morbid obesity,” Lisser added. "Unfortunately, these people might not be directly covered" by disability protections.

Judy Rodden, a partner at Pozzuolo Rodden in Philadelphia who has represented employees and employers in discrimination lawsuits, said she will be looking to the courts and the EEOC "for some additional guidance on these issues."

Currently, only one state, Michigan, specifically outlaws discrimination on the basis of weight, as do a handful of towns and cities. The two cases the EEOC chose to fight and settled this year were both filed on behalf of morbidly obese people who were fired from their jobs despite the fact that they could still perform their duties. In April, the Family House of Louisiana agreed to pay $125,000 to settle charges that the women's drug treatment center fired an employee, Lisa Harrison, because of her severe obesity. In July, weapons manufacturer BAE Systems agreed to pay $55,000 to Ronald Kratz; the company had fired him because of his morbid obesity although he was still able to perform his duties.

Thornier cases, like those of employees who allege they were denied promotions because of their weight, have yet to come down the legal pike.

That didn't stop the EEOC from using those two settlements to send a clear message that the agency plans to interpret the newly enacted obesity protections broadly and that employers who want to avoid lawsuits should do the same.

In April, with the first morbid obesity disability settlement, EEOC General Counsel David Lopez took the unusual step of commenting himself. "All people with a disability who are qualified for their position are protected from unlawful discrimination," he said in a statement. "Severe obesity is no exception. It is important for employers to realize that stereotypes, myths, and biases ... should not be the basis of employment decisions."

PHOTO GALLERY
Obesity In The Workplace 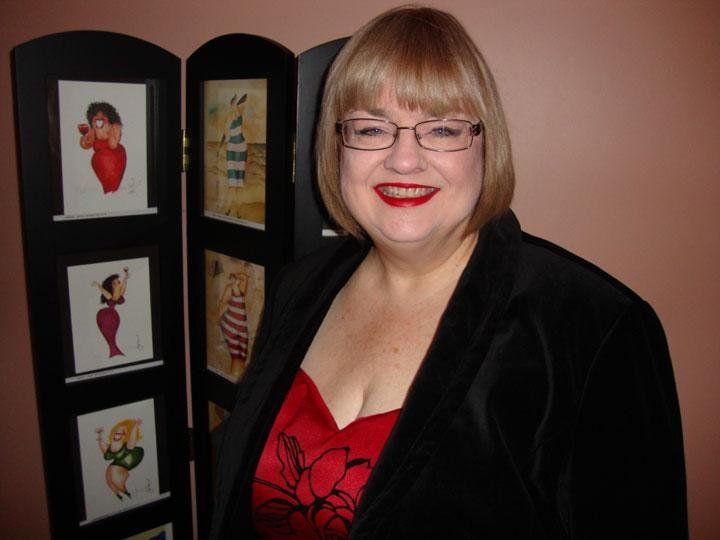 1 / 8
Peggy Howell
Peggy Howell, a board member at the National Association to Advance Fat Acceptance, rejects the idea that severe obesity is a disability. "I'm fat and I've always been really healthy," she said.
Peggy Howell