Which is what I have known ever since I was a child. I have obesity. 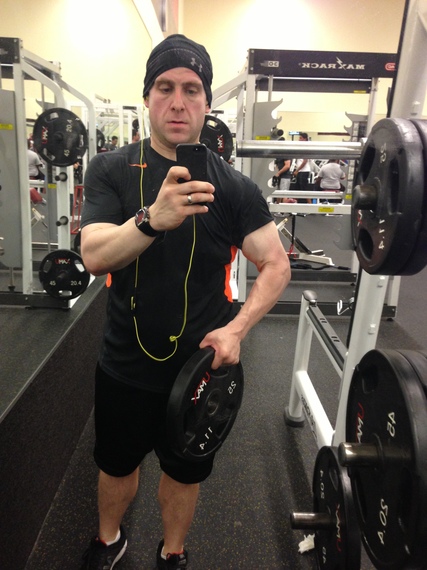 If you look at me now, you probably would not realize I have obesity. I was once over 400 pounds. I lost over 225 pounds and now have kept off over 200 for well over four years.

I work out for over two hours a day. I eat "cleaner" than 99 percent of the people you know. I have not put any artificial ingredients in my body for over a year and have less than 15 percent body fat.

I first knew I had obesity when I was a child. I would eat more than anyone else in my house. People like to blame the disease on the parents, but I honestly can say my parents had nothing to do with my obesity. They always had fruits and vegetables in the house. They were never over 200 pounds growing up. They would limit my portions numerous times and they were very supportive with me being active. They would encourage me to run around the neighborhood and play with my friends.

None of it mattered. My obesity was in its beginning stages. I would eat and eat and get larger.

I felt so stupid. Of course! All I had to do was eat less! Little did I know, people who do not have obesity think that is always the answer. Hell, we could solve all of the addictions that way...

And all I needed to do was to stop eating so much!

But when I was 14 I created my first diet and lost over 50 pounds. As a kid in the '90s, I made a diet based on Snackwell cookies, Dexatrim and potatoes. I was so proud I was able to lose weight. I was not overweight anymore. I thought my obesity was cured!

I got up to 300 pounds. I went to another doctor, who told me to eat less once again for my obesity. It seems like that will always be the answer to cure obesity. I mean, very educated people give this response all the time.

I like to think of myself as an educated person. I know that eating less would help me lose weight. But I wanted to cure my obesity. I did not want to be part of the epidemic.

The doctor told me if I would take a "healthy" diet pill I could cure my obesity. Hey, whatever it takes! So I ate less and took Stacker 2 pills. Not the pills you see now, the ones with the "good stuff" in them. I lost close to 100 pounds. I was not "fat" anymore. I would look at other overweight people and think, "I do not have obesity anymore!" I wondered why others could not cure obesity. I mean, the answer is so simple. I knew! I solved the puzzle.

With obesity, you never solve the puzzle. You are just lucky a piece fits.

I met my wife in 2000. I was close to 200 pounds and nowhere near obese. She did now know I had obesity. She just thought I had a hearty appetite when we went out to eat a lot. When I would finish her leftovers. When I would never have leftovers. 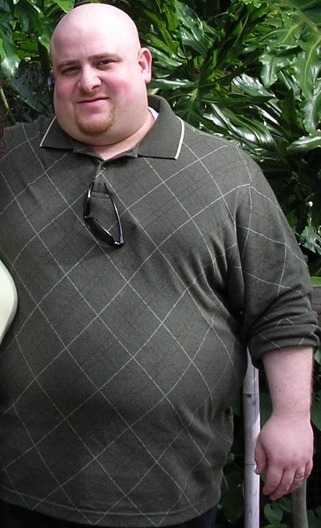 Then she saw me over 400 pounds. She saw my obesity at its worst. She saw me where I could not wipe myself in the bathroom. Where sex was non-existent. Where walking was a chore and where I would just hope I would die to not burden others.

People have it wrong, though. Obesity is a disease, but people who have it are not lazy. They can be extremely motivated and highly educated. I like to think that I am.

People think that those with obesity are unhealthy. That is not true either. There are those who have obesity who are healthy. I am very healthy now.

But my obesity has not taken over like it has for years. Obesity is not always visible. There are people with obesity who run marathons. Those who inspire others to lose weight as well.

But I fight like hell every day to live with it and to stay healthy.