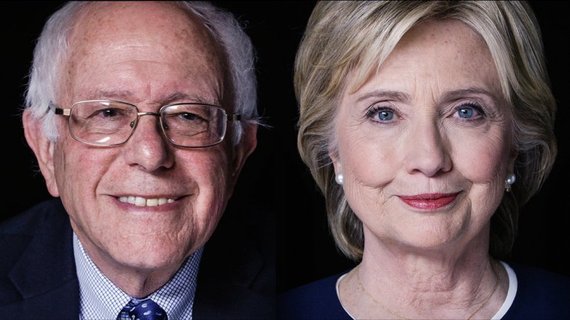 In part one of my blog called "Presidents Past and Future," I criticized Republicans for making some mistakes on the campaign trail around disability and people with disabilities. In no way am I suggesting that there isn't time for them to change their approach. However, if they continue down this path, I'd have to say the Democrats this year are in a better position to do good for people with disabilities. Both Hillary Clinton and Bernie Sanders have already mentioned plans to address disabilities and expand opportunities.

One of Bernie Sanders main campaign promises is to expand government provided healthcare services, even more than Obamacare does. If they were able to pull it off, I think they would have to adjust the work requirement on Medicaid, since everyone would be under his plan. Even though this may not be his direct intention, that would solve one of the main barriers for people with disabilities and work, which I have blogged about on several occasions.

According to his website, Sanders mentions expanding college access to people with disabilities, along with every other citizen. I am encouraged by that because this goes further than in Obama did in his plan to expand college. Sanders campaign promise will go right along with a national movement that isn't getting much attention, that is expanding post-secondary options for people who wouldn't otherwise qualify for college admission. Most states now have a least a few options for these people. I'm very close to this movement and participate in the Post-Secondary Education Alliance to help expand these options here in North Carolina.

Senator Sanders has plans to also expand other educational opportunities like vocational training programs, employment opportunities, voting rights and adding additional supports for caregivers. I believe it's good that he reworked some of his speeches to include people with disabilities and their issues. This might indicate that he takes us seriously enough to actually work on improving those issues. It would be good to have the U.N. Convention on the Rights of Persons with Disabilities supported. One difference of the Republicans and the Democratic candidates support ratification. Obama did also, but he was blocked by a divided Senate.

While Hillary Clinton was Secretary of State, she worked hard to build support for the U.N. Convention on the Rights of Persons with Disabilities. Many conservatives are afraid of ratifying the convention claiming that it would jeopardize homeschooling and parental rights, override existing state laws and would surrender our nation's sovereignty to unelected bureaucrats, none of which make sense to me. We were one of the first countries to have disability rights laws, and because of that we shouldn't be afraid to lead the world in this arena.

Clinton has a history of supporting people with disabilities. As she is fond of reminding voters, she began her work with minority children while working for the Children's Defense Fund. She claims that while there she gained first-hand experience of some of the issues like the lack of school access. She recently unveiled an Initiative for people with Autism.

According to her website, Clinton has expressed agreement in a lot of debates about the need to improved access to healthcare for all citizens and to expand voting rights.

Compared to mocking and decisive labeling offered by this year's Republican candidates, I would support these plans. It is hard for me to see anyone else with a disability vote against their own best interests, which people do all the time. I tried to cover both sides, but I encourage you to do your own research into all of the candidates. It is highly likely that you or someone you love will become disabled, if you're not already. Disability is natural. It's a part of life.

In a previous blog, I encouraged other people with disabilities to register to vote in bloc. I recently read a great article that provides more information about why it is so important. We could, in theory, swing an entire election, if we all agree on one candidate.