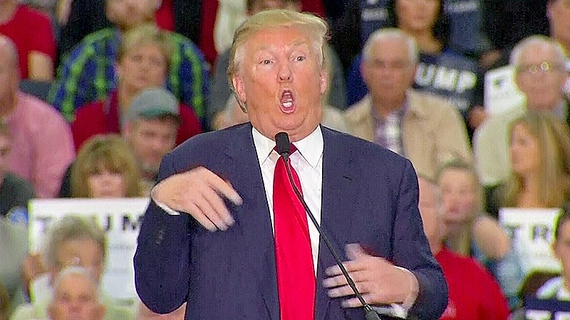 Several of the presidential candidates this year have talked about political revolutions or changes that their presidency would bring. The theme of change and hope is not new. I would love to see the candidates court voters with disabilities, the same way that they are trying to court different constituencies, such as African-Americans, LGBTQ people, Evangelical Christians and others. In order to do that, I believe there would have to be more unity. I also think it would be wise for people with disabilities to work with the other constituencies on similar priorities. People with disabilities often fit neatly into other factions, since disabilities knows no prejudice. Disability can affect all. Historically, some of our greatest steps forward have been directly aided by other minority groups like the Black Panthers and the Rainbow Brigade. They both helped to push Section 504 forward. There is power in numbers.

I remember the first election night that I participated in. I was so excited on that night, because President Obama mentioned people with disabilities in his speech. I had hopes that unlike a lot of politicians, his mention wouldn't' t be just empty words. I am happy to say that it hasn't been just words. Several steps forward have taken place under his leadership. The Able Act would be one example. The Workforce and Innovations Opportunity Act would be another.

Some presidents have been accidental "heroes," like President Nixon, who signed the Section 504 Regulations, which guaranteed equal access to all programs receiving federal dollars. The regulations were included on the end of the bill and it is believed that he didn't read that far into the bill before signing. It is believed that a staffer stealthily stuck the verbiage into the bill. Nixon's administration wrote regulations for every part of the bill except for Section 504.

President Reagan also had a mixed legacy. On the disability positive side, he did form a committee that began drafting the Americans with Disabilities Act, while during the same presidency, he tried to deregulate most things including Section 504 and PL94-142 (guaranteeing a child with disabilities a free and appropriate education.)

President George Bush enthusiastically signed the ADA, along with a lot of bi-partisan support.

Bill Clinton was very proactive continuing and building on the momentum of the ADA.

George W. Bush signed the ADA Amendments Act, which expanded the definition of disability.
I've tried to demonstrate that disability issues have been both positively and negatively impacted by the focus of both parties. This year, it turns out, is no different, which does worry me. On the Republican side, we've had several candidates disparage people with disabilities in different ways.

Trump made national headlines after mocking a journalist who has a disability and who is known for trying to evade making his properties accessible under the ADA. Despite all the negative attention that the media rightly gave him for mocking people with disabilities, Trump continues to be the frontrunner nationally. This is very troubling to me. How does a man who has offended most groups continue to rise to power? How will Trump continue the progress that his party has helped to create? How will this man improve the lives of people with disabilities or for other marginalized people or is he representing a new group of people that will undue decades of slow progress?

Dr. Ben Carson used an unfortunate analogy while talking about another hot topic for him, the separation of church and state. He used the term "schizophrenic" to describe people who believe in the separation. He also calls them "crazy." Tell that to our Founding Fathers. He could have made the same argument in a way that doesn't disparage people with schizophrenia or other types of mental illness, instead he perpetuated the negative stereotype.

These things worry me because we've seen examples of these types of people win. One of my senators, Tom Tillis, gained national attention for something he said on his campaign. According to the Daily Kos, they have to figure out a way, Tillis says, to make the deserving poor like a "woman with cerebral palsy" turn on and look down on all the people who "choose to get into a condition that makes them dependent on the government." Despite this attitude, which he said might get him railroaded out of town, he did get elected.

In contrast to the previous examples, it may seem like Ted Cruz is progressive in his ideas about disability, believing that people with disabilities should have opportunities to work, but it is possible to say the right thing for the wrong reason. By supporting employment, he is arguing for the reduction of other services without explaining this unpopular position. Cruz opposes the U.N. Convention on the Rights of Persons with Disabilities. I don't disagree that we want to work, but the more productive way to encourage work is to get rid of the work disincentives, which take away healthcare and other supports.

As I've shown, Democrats aren't necessarily better or more progressive on disability rights, depending on who is in office at the time. Most of the progress that has been made is the result of bi-partisan work. I will be examining the two remaining Democratic candidates in my next blog. For more information, check out the Respectability website. It is a nonpartisan political commentary with a focus on disability issues.