When it comes to map collecting, I am the epitome of an obsessive-compulsive, borderline maniacal fanatic in every respect. Perhaps the best way to describe my particular obsession with cartography is to highlight a recent occurrence. As it so happens, I am on the Board of Psychiatry at Columbia University. Recently, I was with my friend Jeff Lieberman, the head of the Psychiatry Department, who introduced me to two professors specializing exclusively in the study of obsessive collecting behavior, each of whom stated that I am indeed, a "classic case." And that I am. Ah, the irony.

My obsession reared its head early on. My father, who I admired dearly, was a navigator in the Navy and had a love of maps, and spent a sizable portion of his income acquiring antique maps in London. By the time I turned 16, I had been bitten by the same bug. Why maps? Well, maps are a powerful force. They combine art, power, psychology, history, commerce and fantasy. What's not to love? Little did I know that it would eventually shape my entire career and lead me to the philanthropic work that I am equally as passionate about today.

While attending boarding school in England, I began collecting maps of Dorset, (the town where I was living). By the time I was 18, I managed to acquire one of the largest and finest collections of maps of Dorset in the entire world. I started a business as a tree surgeon just to fuel this obsession. Virtually every penny earned went to the purchase of Dorset maps.

While studying at Yale University, I met Alexander Orr Vietor, the curator of Yale's map collection, who ultimately helped 'curate' my own career by permitting me access to his personal reference library. I managed to buy and sell $100,000 worth of maps during my senior year. Post-graduation, I found a room overlooking Whitlock's bookstore in New Haven, Connecticut, which I turned into my home and first gallery. Rent was $100 a month. Despite the fact that it was as cold in my bedroom as it was outside throughout the frigid Northeastern winter, I truly couldn't have cared less. I was immersed in my obsession and that alone kept me warm.

From there it snowballed, and it hasn't stopped since. Today I own six galleries in Manhattan, San Francisco, Houston, King of Prussia and Philadelphia, with my flagship gallery in New York City on Madison Avenue. As with my New Haven digs, my New York gallery is also my home. There is something to be said about living amongst one's obsession and livelihood 24 hours a day. Barring travel, I am never separated from my beloved maps and I like it that way. My bedroom walls are literally plastered in maps including many of my absolute favorite finds such as the first map to show Copernican Theory from 1532.

I am happy to report that my obsession has evolved from what was initially a purely selfish desire to acquire as many marvelous maps as humanly possible, to sharing my mania with the masses. It is what has inspired me to work with prestigious colleges and universities across the country to enhance their arts and history programs. I donate a portion of the proceeds from all of the sales at my galleries. Today, I work with eight schools and there are many more that I will work with soon. I hope to fully finance a professorial endowment, and that was the impetus behind my forthcoming auction where we will be auctioning nearly $20 million of fine art, maps and artifacts to help make this dream a reality.

Until then, I'll be mapping out additional means to further fund my charities, and share what I still deem to be a relatively healthy obsession with as many people as possible.

Graham Arader's latest auction will be hosted by Arlan Ettinger of Guernsey's auction house on December 5th at 1016 Madison Avenue. 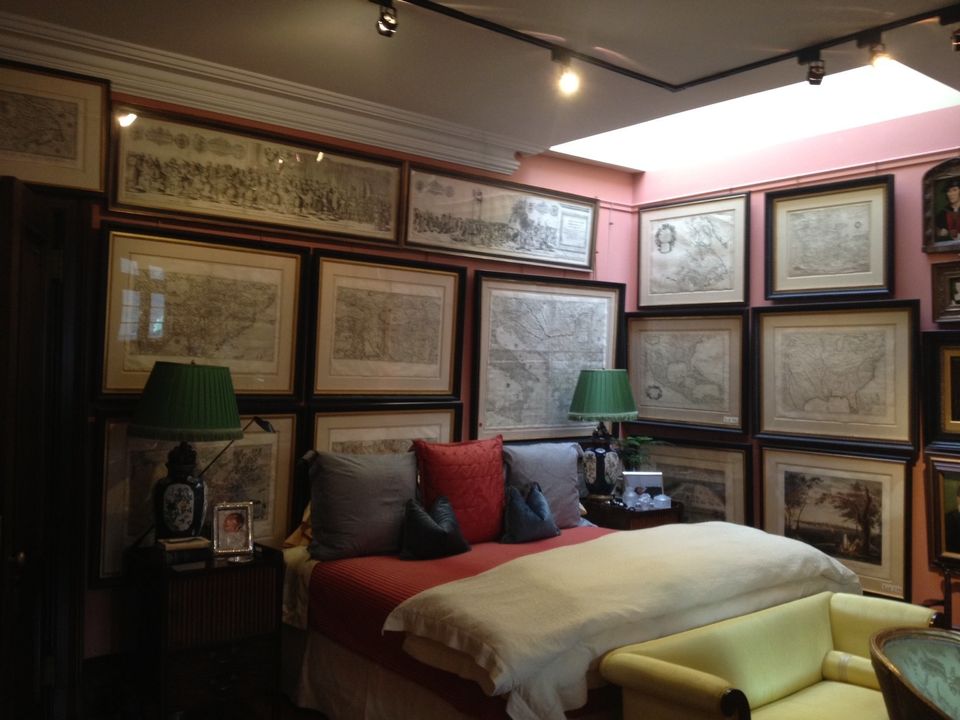