People have been declaring the “death of the rom-com” for years now, but it’s actually alive and well -- and about abortion.

“Obvious Child,” starring the hilarious and infectiously spirited Jenny Slate (best known for her 2009 year-long stint on “SNL” and as the voice of Marcel the Shell), comes from the mind of first-time feature director and writer Gillian Robespierre. The film started out as a short, and the response was so overwhelming that Robespierre decided to expand it, and funded it through Kickstarter.

The storyline follows Slate as Donna Stern, a Brooklyn-based standup comedian who, after she gets dumped by her boyfriend, gets pregnant from a (very sweet) one-night stand. She decides to have an abortion -- and schedules it for Valentine’s Day. Hilarity, fart jokes and nuanced emotional depth follow.

"It is 100 percent made to be a romantic comedy," Robespierre told HuffPost Entertainment’s Christopher Rosen. "That's a genre I love, and we just took that style -- boy meets girl -- and put a little twist on it." 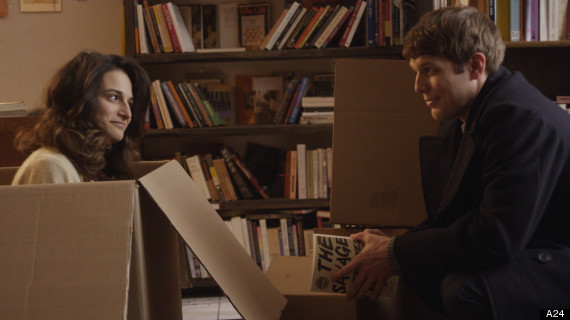 While instances of abortion on TV and in film have nearly doubled since the early ‘90s, the depictions we do see often leave much to be desired. A 2013 study showed that 9 percent of fictional women who get abortions die directly as a result of those abortions. In reality, that statistic is, quite literally, one in a million. The researchers also found that 14 percent of on-screen storylines involving abortion end with the woman dying regardless of whether she actually goes through with the procedure. If you’re a fictional woman considering terminating your pregnancy, you might just end up murdered -- or at least emotionally destroyed. (See: 2005 TV drama “Jack and Bobby” where a character gets killed in a car accident shortly after having an abortion or “Six Feet Under” where a character ends up being haunted by her fetus’ soul.)

In real life, abortion is one chapter of many women’s stories. And despite what many on-screen abortion narratives suggest, the decision is not traumatizing -- or even life-changing -- for all (or most) women. Twenty-one percent of pregnancies end in abortion, and using 2008 data, 1 in 3 women will have had one by age 45 -- with little risk of serious complications. According to the Guttmacher Institute, an abortion is one of the safest medical procedures out there. Though there is less research about the emotional ramifications of these procedures, 1997 and 2008 studies found that abortion had no long-term negative impact on women’s emotional well-being, which is perhaps why it’s so important to see that aspect depicted honestly on screen.

The acknowledgement that sh*t happens, and then you deal with it -- sometimes that sh*t being unintended pregnancy and abortion being the way a woman chooses to deal with it -- is what “Obvious Child” gets so very right. Using quippy romantic comedy conventions, like when Donna’s one-night stand (played by the adorable Jake Lacy) tracks her down at her place of work only to find her curled up in a giant box, the film strips away the stigma that surrounds terminating a pregnancy. 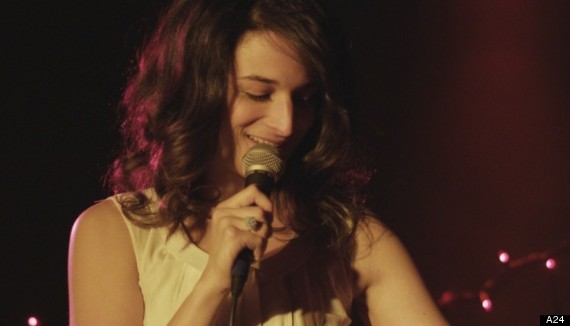 Donna decides very early on that she needs to get an abortion and then faces other decisions as a result: Should she tell her one-night stand about the pregnancy? Should she tell her mom? How will she pay the nearly all of her rent fee that the procedure costs? And she has a myriad of feelings about all of those decisions, despite the refreshing fact that no one in her life even attempts to dissuade her from going through with the abortion. "We didn't put that [judgey] character in there because we've seen that character, and that's not a character I wanted to put in a movie," Robespierre told the audience after a screening of the film sponsored by NARAL Pro-Choice America and Cosmopolitan.com.

“Obvious Child” also strives for authenticity when it comes to the details of Donna’s visit to Planned Parenthood, from the counseling session she goes through before she schedules her abortion down to what she sips in the waiting room after the procedure. She also asks her best friend (played by Gabby Hoffman), who we learn has previously had an abortion, the questions one can imagine any young woman might want to know the answers to: Does it hurt? (Not really.) How often do you think about it? (Depends.)

“One thing I think our movie fights for, and I will fight for as a person, is that it’s a woman’s right not just to choose but to have complex feelings about that choice,” Slate told NYMag.

But perhaps the most realistic part of the movie is that Donna’s story isn’t solely defined by her unintended pregnancy and that pregnancy’s termination. She cries in bed with her best friend after she gets dumped. She grapples with the intersection of her identity and life experiences, and her work as a comic. She makes awkward comments when out on a date with a boy. She navigates the line between dependency and independence from her parents. And she also happens to be certain that this moment in her life is not the moment she should become a mother.

It feels revolutionary because it is. A romantic comedy may not be able to change the whole world -- but it’s a damn good start.