It didn’t happen too often, but a few of President Donald Trump’s remarks at the State of the Union on Tuesday night drew applause from some Democratic lawmakers.

Alexandria Ocasio-Cortez was not one of them ― and she’s making no apologies for maintaining stony-faced silence for much of the speech.

Several conservatives slammed her on Twitter, including Wall Street Journal columnist Peggy Noonan, who was a speechwriter to President Ronald Reagan.

Noonan called it a “rare bad moment” for Ocasio-Cortez, saying the freshman lawmaker looked “not spirited, warm and original as usual but sullen, teenaged and at a loss.”

Why should I be “spirited and warm” for this embarrassment of a #SOTU?

Tonight was an unsettling night for our country. The president failed to offer any plan, any vision at all, for our future.

We’re flying without a pilot. And I‘m not here to comfort anyone about that fact. https://t.co/7bu3QXFMnC

Ocasio-Cortez did break her poker face at least once: When Trump gave a shout-out to the record number of women now serving in Congress.

Many of those lawmakers stood and cheered for each other, including Ocasio-Cortez, and others rose to applaud them.

After the speech, she slammed Trump’s comments overall and specifically his remarks about socialism.

“America will never be a socialist country,” Trump declared.

That didn’t sit well with the democratic socialist lawmaker.

“I think he’s scared,” she said. “He sees that everything is closing in on him. And he knows he’s losing the battle of public opinion when it comes to the actual substantive proposals that we’re advancing to the public.” 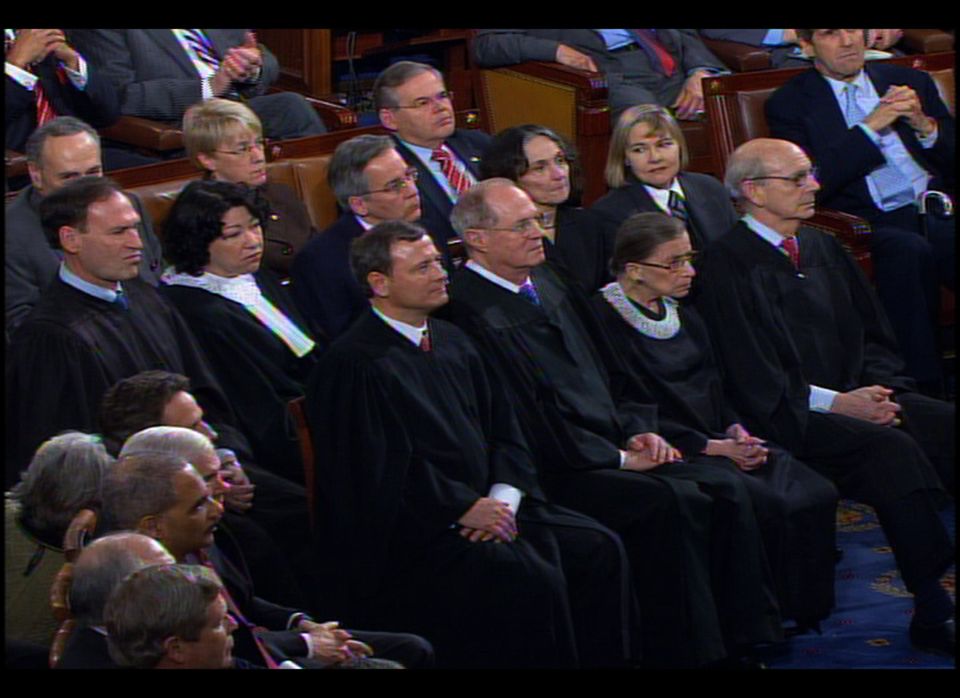 1 / 10
Justice Alito Mouths 'Not True'
President Obama, in his 2010 State of the Union address, accused the Supreme Court of allowing special interests -- including foreign corporations -- to spend without limit in American elections. The Supreme Court Justices, sitting right in front of the president, all stared in silence except Justice Samuel Alitio, who could be seen shaking his heads and mouthing "not true." Watch the video <a href="http://www.youtube.com/watch?v=k92SerxLWtc" target="_hplink">here</a>.