Occidente Nuevo: Recycled Tijuana is a project by Minnesota-based professors and collaborating photographers Laura Migliorino and Anthony Marchetti. At the end of the second world war, in San Diego, California, military houses that were due to be demolished were instead trucked by Mexican construction workers to Tijuana, where they were reconstructed as homes for the locals in the border city. 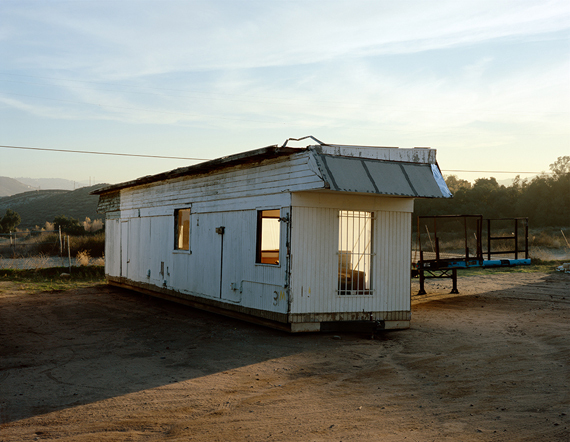 "Anthony headed to San Diego with virtually no information," because there was almost none available, as Laura Migliorino told me. Marchetti goes on to say:

I was really searching for some imagery so I could get a mental image of what this looked like as I had an idea in my head (Robert Adams' work from the 1970s was influential in my apartment project (wherein he photographed apartments that were being fixed up between renters) and I sort of envisioned the phenomenon looking like a reiteration of his photographs of tract houses.

He set up a local guide, and spent five days fruitlessly searching; it took a second trip before they found their first house on stilts and the project really took off. 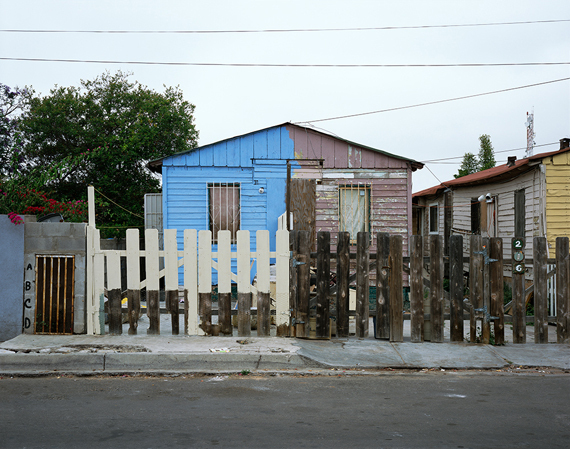 After funding that first trip himself, Marchetti and Migliorino were given a grant by the Minnesota State Arts Board. In the end, he made five photographic trips, she made three, and they both returned for an exhibition. "It was really important to have a show in Tijuana to immerse the work in the location in which it was made. It was the most rewarding aspect of the project so far," said Marchetti.

There are tens of thousands of these houses in Tijuana. We worked for three or four days at a time, 12 hours a day. We began to be able to identify the houses more easily. You can tell by the relationship between the house and its foundations. Some houses were cut in half to be moved, and not quite correctly realigned. Others are a house on top of an existing structure.

Shipping of the houses peaked between 1945 and 1965, and slowly petered out over time as the buildings began to increase in size. 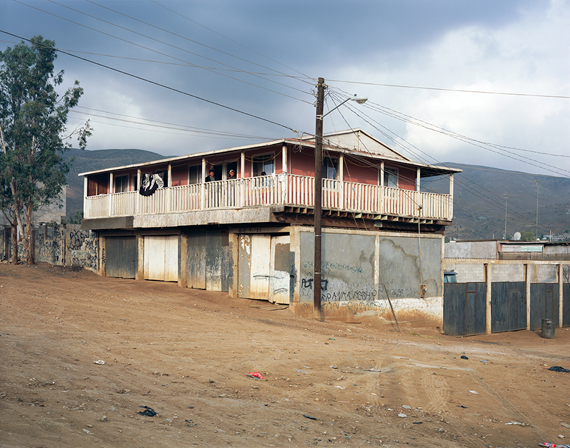 What was it like to collaborate? "We got along perfectly. There were no disagreements," Migliorino stated. They also teach together, share an office. Marchetti said: "We had similar interests in terms of broad themes but had different ways of approaching the subject matter and different working methods." Migliorino wanted to focus a little more on people's relationships to their homes: "The generational stories were fascinating." 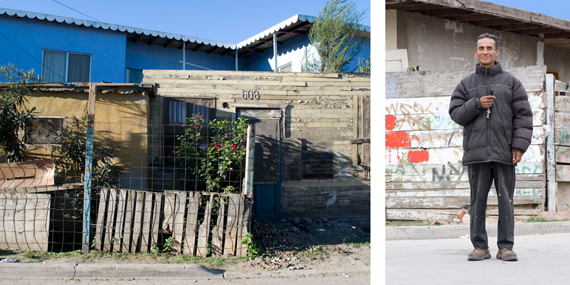 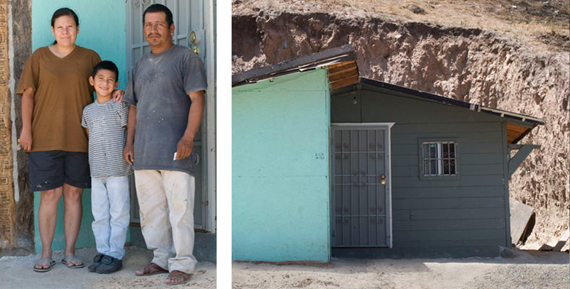 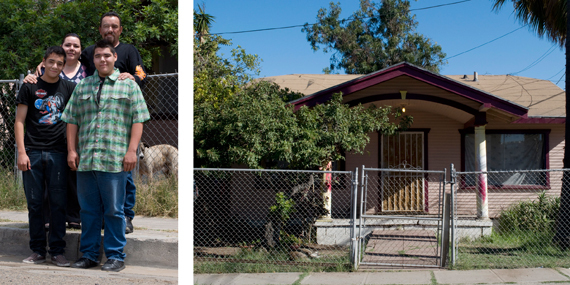 Both photographers recently received new grants for new projects and are busy with teaching, but they find themselves in the possession of the largest documentation of these houses and want to get it in front of people. If you're interested in the work go ahead and contact them. There's an exhibition ready to go!