Earlier this week, an explosion at a coal mine in West Virginia killed two, a somber reminder that for too many people, going to work still means risking death.

Workplace deaths have fallen dramatically since safety laws were implemented in the 1970s. But in the last few years, the decline has flatlined. Especially in high-fatality industries like mining, construction and oil and gas extraction, job sites still can be deadly places. About 4,600 workers died on the job in 2012, according to a recent report from the AFL-CIO labor federation, and North Dakota was by far the deadliest state for workers, with a fatality rate of 17.7 per 100,000 (the national rate was 3.4). 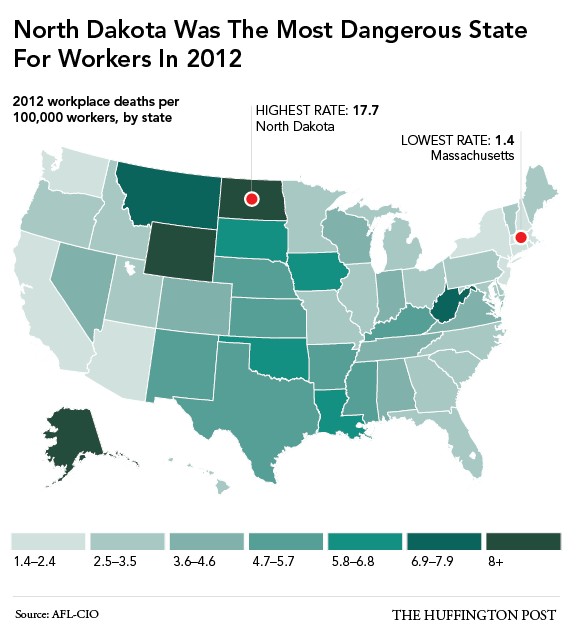 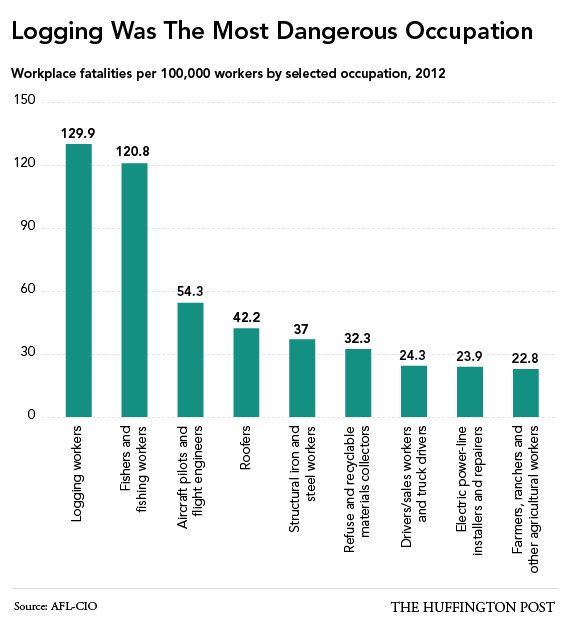 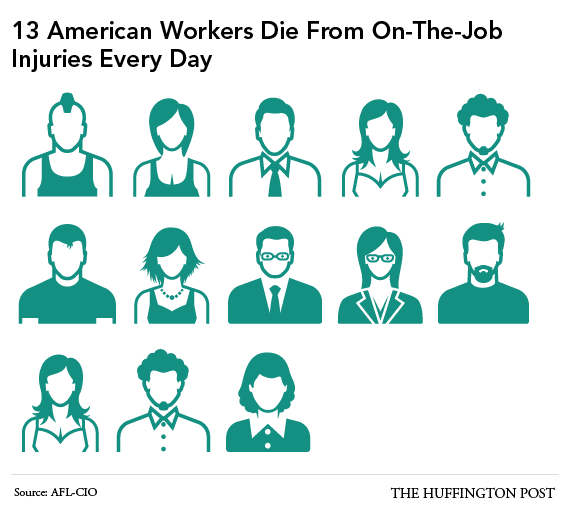 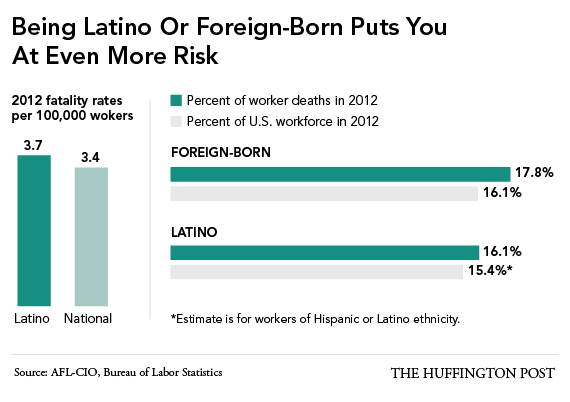 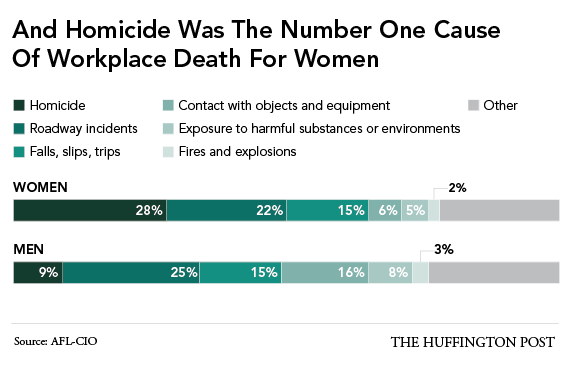 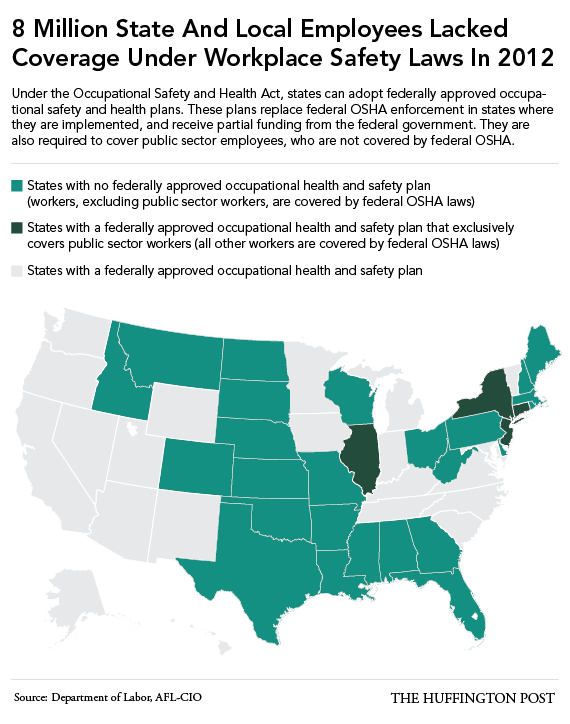 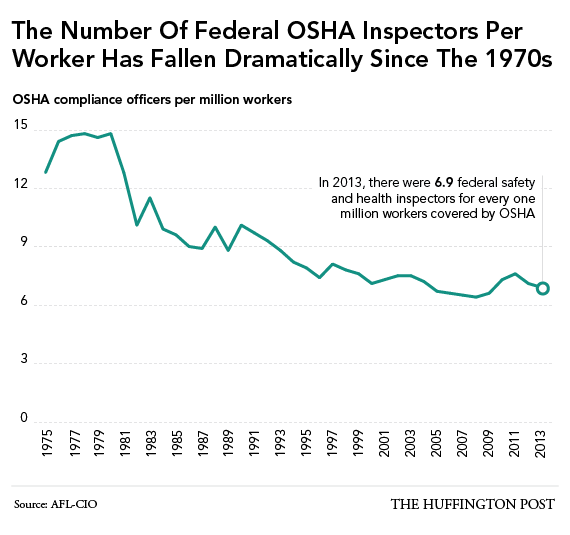 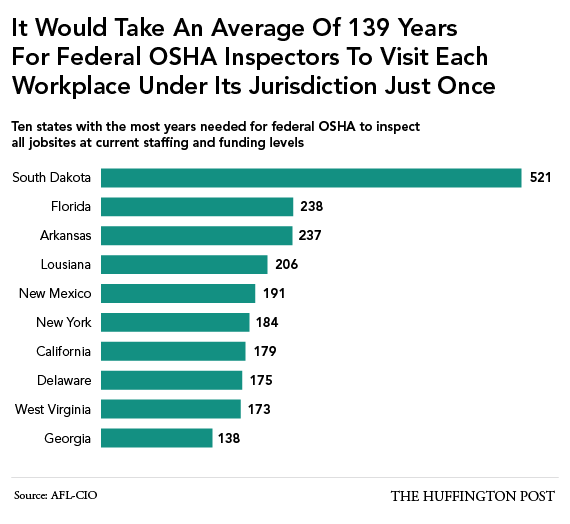 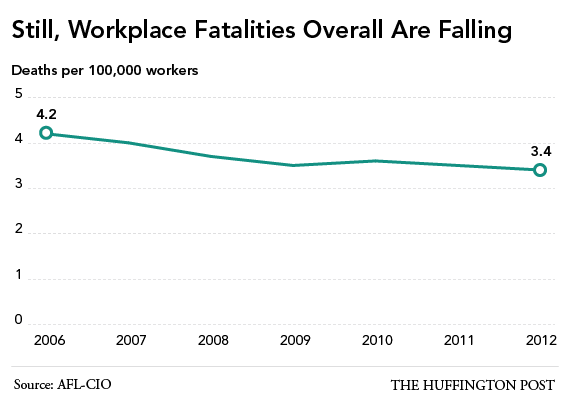 Infographics by Alissa Scheller for The Huffington Post.
Go To Homepage