WASHINGTON -- On Friday evening, Occupy activists in the nation's capital are scheduled to discuss new warnings from the National Park Service about camping in McPherson Square and Freedom Plaza . The service posted official notices citing its no-camping policy at the two downtown D.C. encampments earlier that day.

NPS spokesman Bill Line told The Huffington Post on Friday afternoon that the agency will be passing out fliers through the weekend that will set "expectations for what the demonstrators need to meet, adhere to."

Earlier this week, during a House Oversight and Government Reform Committee hearing about the Occupy DC camp at McPherson Square, NPS Director Jonathan Jarvis said his agency would begin some kind of enforcement of the no-camping policy "soon."

The NPS, which has jurisdiction over McPherson Square and Freedom Plaza, has come under fire from Rep. Darrell Issa (R-Calif.), who chairs the House oversight committee, and other congressional Republicans for allowing the camps to remain in place as long as they have. Occupy DC first gathered in McPherson Square on Oct. 1, and Occupy Washington DC settled in Freedom Plaza on Oct. 6. The park service had taken the position that the camps are 24-hour vigils protected under the First Amendment.

Downplaying the service's new warning, Line said the flier does not use the word "enforcement." But its first sentence says that "the United States Park Police will commence enforcement of the long-standing National Park Service (NPS) regulation" that prohibits camping.

The compliance deadline, according to the posted flier, is Monday at noon. The rest of the NPS's warning isn't as clear.

The flier taped to tents this morning at McPherson Square states both that the NPS will "prohibit" camping and that "temporary structures may not be used outside designated camping areas for living accommodation activities such as sleeping, or making preparations to sleep (including the laying down of bedding for the purpose of sleeping), or storing personal belongings, or making any fire, or doing any digging or earth breaking or carrying on cooking activities." The second restriction seems to limit but still permit temporary structures, a category into which tents could fall.

The NPS also wrote that the activists must "remove all camping material from the park" and, at the same time, must "leave one side of all temporary structures open at all times to ensure public health and safety."

Tony VanFossen, an Occupy protester at Freedom Plaza who said he's typically at that camp 18 to 20 hours per day, said that the General Assembly will discuss the no-camping notice Friday night. Personally he's not worried about the notice, he said, because he doesn't consider what's happening in Freedom Plaza to be camping.

"We don't sleep here. We might go into our tents and meditate for 8 to 10 hours a day," said VanFossen.

Nonetheless, he noted that some demonstrators are worried their sleeping bags and blankets will be removed.

Overall, he sounded upbeat about the warning. "We're very confident that the parks department has been very supportive of us," Van Fossen said. "They're working with us so long as we're working with them."

In recent weeks, D.C. Mayor Vincent Gray has asked the NPS to evict the protesters in McPherson Square so sanitation and rat infestation issues could be properly addressed. The mayor has suggested that the McPherson Square camp could merge with the activists gathered at Freedom Plaza, although organizers at the latter camp have said such a consolidation would present its own challenges. When Gray declared his desire to clear out McPherson Square, the Occupy activists there pledged to stand their ground.

Mara Verheyden-Hilliard, executive director of the Partnership for Civil Justice Fund, thinks the latest move by the park service is politically motivated. "I think what's going on right now is extremely political," she said. "The dominant visible reason for their effort to clear or affect the encampment at this point seems to be Issa and Mayor Gray's responsiveness to business interests in D.C."

Congressman Darrell Issa, the wealthiest man in Congress, is directly to blame for mounting pressure on NPS to force eviction on #OccupyDC.

Others have pledged again to maintain Occupy's stand in downtown Washington:

I'm prepared to civilly and politely resist the NPS monday. I will use a vacation day to defend the occupation against the army of the 1% 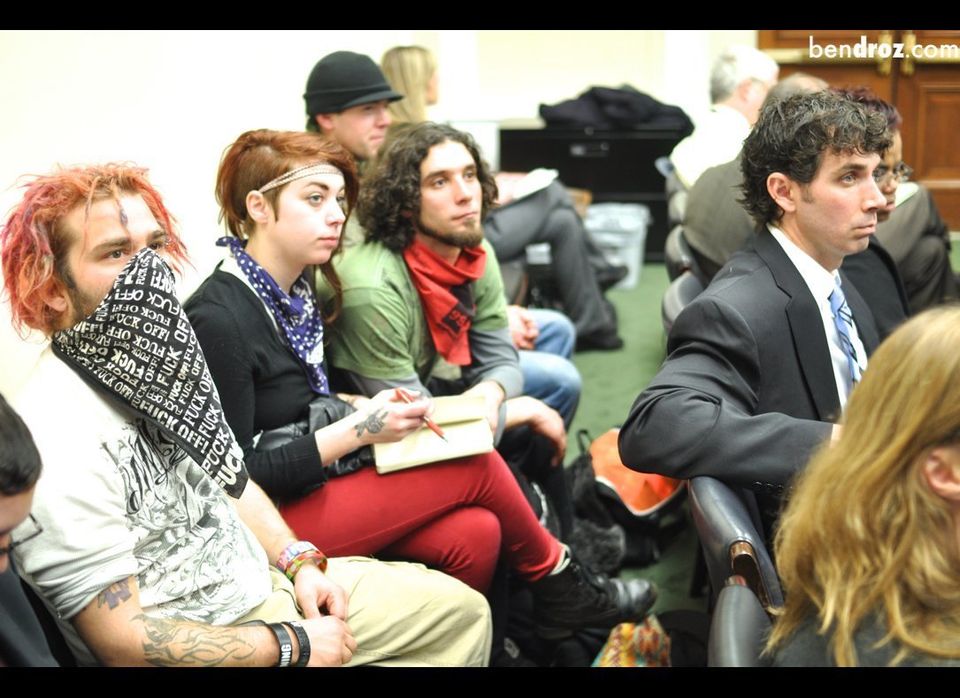