WASHINGTON -- It's been a year since Occupy DC first gathered in McPherson Square and to mark the anniversary, activists fanned out across downtown Monday morning causing minor disruptions.

According to its website, Occupy DC activists planned to gather at Farragut Square at 7 a.m. with hopes to "shut down K Street," a place where "corporate lobbyists, bankers, and the 1% do their shady dealings with the government."

Excuse the disruption of your morning commute; just don't excuse corporate purchasing of your politicians. #O1

From their Farragut Square starting point, protesters left to engage in various actions before converging on Freedom Plaza at 10 a.m. According to a pamphlet, protest targets include the World Bank, the offices of Monsanto, Pricewaterhouse Coopers, Goldman Sachs, the Podesta Group, Cassidy & Associates and Brownstein LLP, among other locations.

In a very surprising turn of events, we have our first injured #OccupyDC protester who claims she got shoved by police pic.twitter.com/mSoufM1T

Although Occupy activists were eventually evicted from their encampments in McPherson Square and Freedom Plaza in February and their movement has largely faded from view, they have planned a "Week of Resistance" with a series of actions, demonstrations and other activities, many of which target banks.

On Saturday, Occupy activists protested outside various Bank of America branches in the District of Columbia.

This post has been updated with new information about Monday morning's protests. 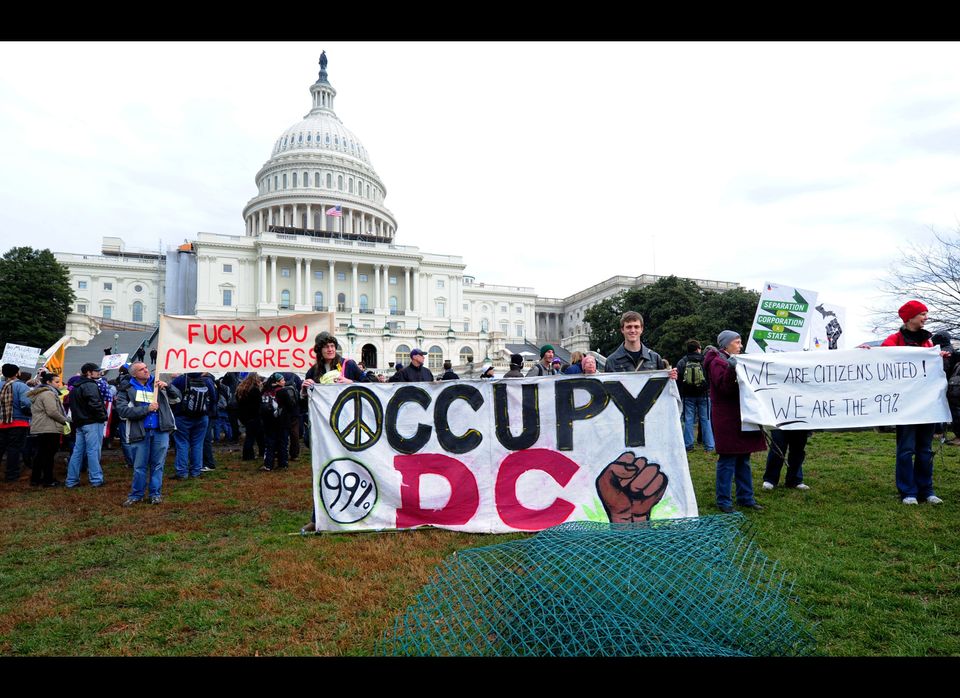