WASHINGTON -- Protesters marched on the Walter E. Washington Convention Center on Friday evening where Americans for Prosperity, a conservative organization funded in part by the Koch brothers, was assembled for its Defending The American Dream Summit and Ronald Reagan tribute dinner.

During the dinner, Republican presidential candidate Herman Cain said "I am proud to know the Koch brothers," according to The New York Times.

Across the street from the convention center, counterprotesters had organized Occupy The Koch Brothers, featuring a Guerilla Drive-In event featuring videos "fun videos that expose the Koch Brothers in colossal fashion," according to the event's website.

Several streets and intersections around Mount Vernon Square were closed during the duration of the protest near the convention center. A driver heading southbound on 7th Street NW went into a crowd of protesters and injured three people, according to The Associated Press. Metropolitan Police Department said that no charges will be filed against the driver. More details here. 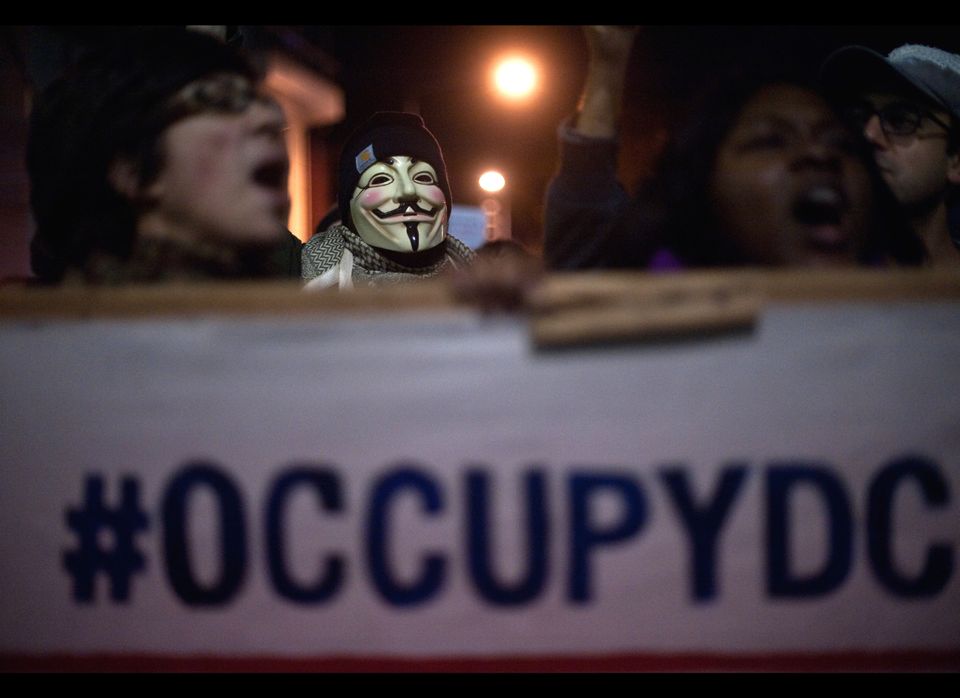 1 / 9
Protesters from Occupy DC march past the Washington Convention Center during a demonstration against the billionaire conservative donor Koch brothers and Americans for Prosperity, on November 4, 2011 in Washington, DC. Americans for Prosperity, founded by the Koch brothers, a conservative political advocacy group opposing government regulation, is holding its fifth annual meeting at the Convention Center. (NICHOLAS KAMM/AFP/Getty Images)
Getty