Shepard Fairey, the artist who created the iconic "Hope" poster for Barack Obama during the 2008 election, has created a mashup of that poster and the Guy Fawkes mask that came to prominence in the graphic novel and movie, "V For Vendetta." The mask is being used by the Occupy protestors, and Fairey wrote on Obeygiant.com that he hoped the movement could push Obama towards policies that would promote more policies in tune with the demands of the 99%.

"This image represents my support for the Occupy movement, a grassroots movement spawned to stand up against corruption, imbalance of power, and failure of our democracy to represent and help average Americans," he wrote on the site. "On the other hand, as flawed as the system is, I see Obama as a potential ally of the Occupy movement if the energy of the movement is perceived as constructive, not destructive. I still see Obama as the closest thing to 'a man on the inside' that we have presently."

Fairey in October designed an invitation for the Occupy Wall Street rally in Times Square. 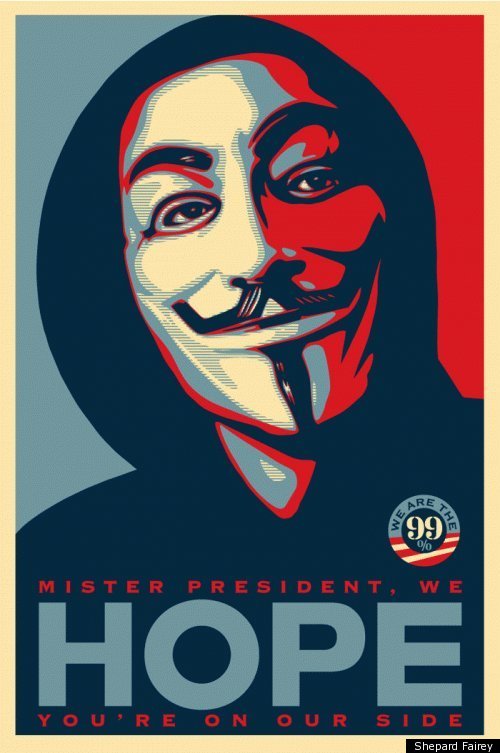