On March 21, I passed through Union Square, which is the new Zuccotti Park. Just north of the subway entrance, about fifty Occupy Wall Street organizers and participants were sitting cross-legged on the ground, conducting a General Assembly. A few hundred yards away, a march for Trayvon Martin, the unarmed teenager shot and killed by neighborhood watch coordinator George Zimmerman three weeks before, was mobilizing. I learned the next day that Martin's parents had come up from Florida for the event and that it was called the Million Hoodie March. At the time, I knew only that thirty or forty people were holding placards that referred to the killing. I stood for a while and watched the Trayvon Martin supporters, and then I decided to move over to the General Assembly.

General Assemblies are open meetings; I joined a ring of observers surrounding the seated OWSers. It was about 5:30 in the afternoon, the weather was warm, and an unexpected calm came over me as I listened in. It's difficult to be cynical or even skeptical when you see a General Assembly that is run well. I had sat in on others; not all of them move along as briskly or with the same intensely quiet purposefulness of this one, and I had even seen a few veer into the very obfuscation, paralysis, and lack of transparency they are meant to replace. After a few minor orders of business, an organizer quickly raised what was clearly the most important item on the agenda: he moved to postpone two working-group meetings scheduled for 6:00 and suggested that, instead of holding the meetings, those assembled lend their numbers to the Trayvon Martin march. There was a display of what David Graeber calls the "sparkly fingers"--consensus. A woman from Florida, who happened to be standing alongside me, let out a whoop; the outburst, oddly emotional, was acknowledged and yet not acknowledged, or at any rate it failed to break the concentration of the powerfully efficient machine that was the General Assembly. Like me, the woman from Florida had wandered over from the other side of the park to watch the democratic process at work. She seemed stunned by the group's generosity, and in a way, so was I.

I found myself thinking back to the days when Barack Obama was vilified by Sarah Palin, Rudolph Giuliani, and others for being a "community organizer." In its wonkiness and openness, in its simple kindness, the General Assembly's offer seemed like the epitome of community organizing.

Occupy will mark its nine-month anniversary on May 17. It is a measure of the movement's vigor and its refusal to go away that the nine moments chosen here are bookended by two large-scale calls to action: the one that inaugurated the movement and the one that leads off its spring resurgence: the call for tens of thousands to Occupy Chicago and other cities for a General Strike on May 1.

Even more ambitious than the original call to occupy Zuccotti Park on September 17, 2011, the General Strike signifies something quite different from the loss of momentum that was expected to have occurred over the winter. From what the journalist Roger Lowenstein has called its "improbable campgrounds thrown together in the shadows of New York skyscrapers," to its growing pains as it ends old political alliances and forms new ones, to its plan to meet the NATO Summit head-on in peaceful protest in Chicago in mid-May, the movement remains unmistakably alive.

What follows are nine moments that chart its progress and suggest its future direction.

Janet Byrne is the editor of The Occupy Handbook. 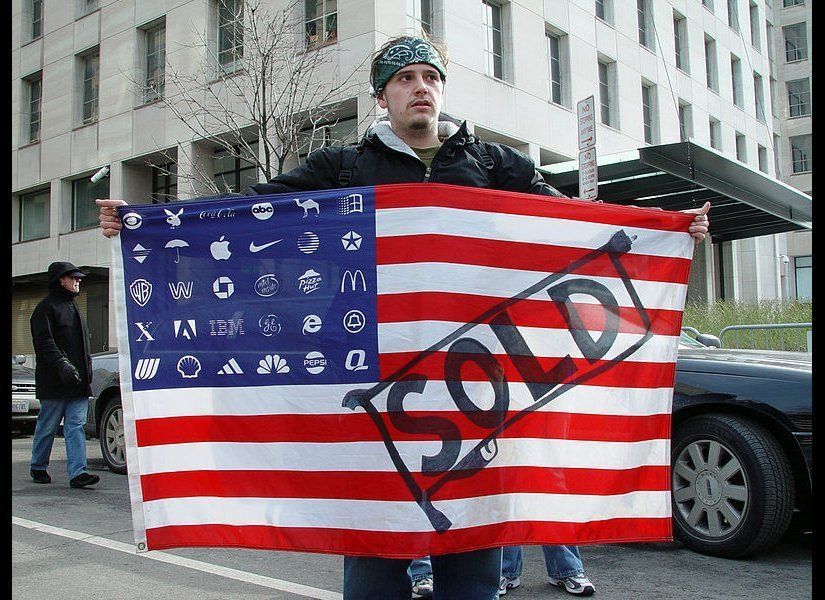 1 / 9
Mid-July 2011
In mid-July 2011, the Canadian magazine <em>Adbusters</em> used two ads to promote the idea of a peaceful protest in New York. The Estonian-born Kalle Lasn, the magazine's co-founder, chose his mother's birthday, September 17, as the day the protest would begin. He and senior <em>Adbusters</em> editor Micah White posed a question: "What is our one demand?" Was the question an unanswerable <a href="http://tinyurl.com/7vbggky)" target="_hplink">"Zen koan,"</a> as Dow Jones's <em>MarketWatch</em> columnist Paul B. Farrell suggested? Or was it meant literally? Broadly stated, the demand seemed to be: let's get money out of politics. The idea soon morphed into a decision not to make one demand. Instead, income inequality, bank executives' pay, excessive lobbying in Congress, and other grievances became collective rallying points. Meanwhile, Lasn and White, in the anti-proprietary spirit of Occupy, a people's movement, make no claim to ownership of OWS, saying simply, "It was out of our hands."
Wikimedia: Thehero