To cynics and critics of the Occupy movement, I regret to inform you that it's not just a collection of filthy hippies and the terminally unemployable looking for handouts. It's America, it's aggravated and it's unlike anything that we've seen before.

First of all, can we just drop the false idea that the movement is comprised of a bunch of shiftless degenerates looking to party and remove themselves from civilized society. It's an attractive trope that doesn't pass beyond more than a cursory glance. Sure there are a couple of fools and clowns that are more than willing to be those cartoon characters. But it is a legitimate movement that quite simply has active disdain and no use for traditional media outlets. It's not that you are being lied to about the Occupy movement per se, but you aren't really being told the truth. But that's fine because Occupy continues to grow anyway without the vapors and histrionics of cable news or any of the other traditional tastemakers of infotainment. That scares some people, and rightly so. 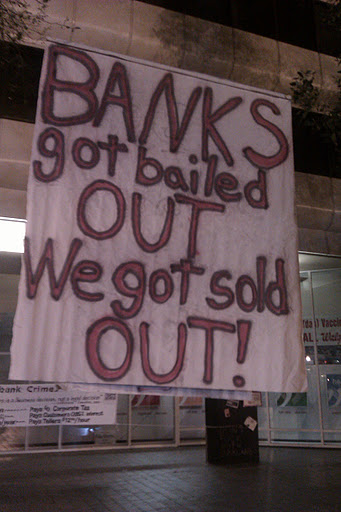 It's astounding to me that this meme of "not knowing what these people are protesting" is still kicking. The Internet is flooded with SIGNS clearly articulating what is being protested. Most of it can be summed up with wanting things to be just a little bit fairer, for culpability for the actions.

The shifting rationale for Occupy Oakland (my hometown) alone has been amazing. First it was comprised of out-of-town provocateurs, then it was the "health hazard" that somehow led to American citizens being tear gassed under the fool Jean Quan's watch, then it's about local businesses being harmed. Next week it will be something different.

I haven't been living in a tent at City Hall and I freaking hate drum circles. But I did go the day after the odious tear-gassing of American citizens less than a mile from my home. I found it puzzling and then inspiring. I was not initially for the general strike that occurred yesterday. The waning power of labor unions and the tenuous degree of modern day employment factored in. As a single cell in a multifaceted gestalt entity my reservations were almost irrelevant, but they did not go unvoiced. Small groups of 30 people coming to a decision and voicing their findings to the group decided the General Strike. It was far more democratic that any election I can think of.

It took a few hours to decide on the course of action. I found the human microphone element of the event tedious; it also emphasized the point that most people speaking are not politicians or public speakers, using clear and concise language. However, there is something that makes sense about people facing out and amplifying what is being said with their voices. It's EXACTLY what the movement is about. This isn't about some figurehead or leader, it's about a gathering of people where the participants themselves act as cells of a larger being is actually quite extraordinary. How fitting that the discussion itself be something that every voice takes part in, even if a small part. Human microphone, we're totally cool now. 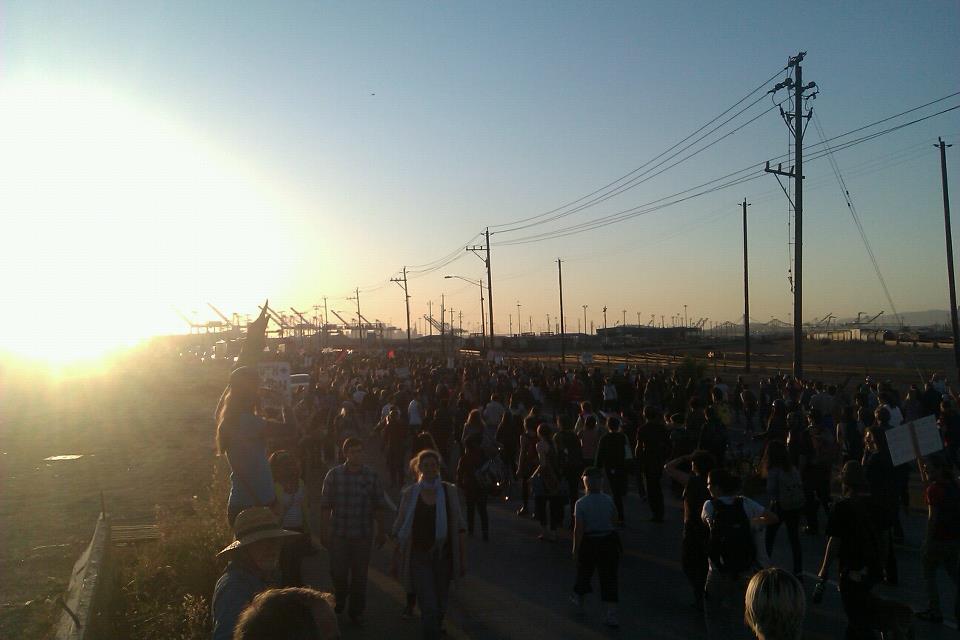 That feeling was echoed in the march on the port of Oakland 11/2/11. It was a show of force in the kind of way that only a group of thousands could display. It got me thinking: Hasn't this rampant glorification of the individual been part of the problem of our society? All of these rugged Randian outsiders using their greed as a virtue to lay waste to the lower castes and walk away richer and without repercussions. Our entire culture has been trained to celebrate the individual without caring for the individuals' needs. Everybody's opinion is important; everybody is a star with a certificate of participation. 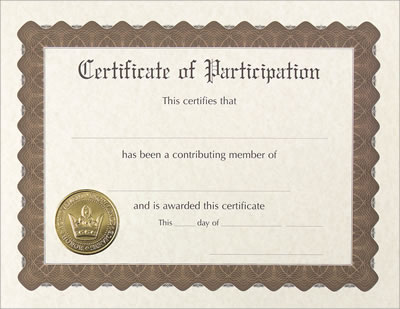 you don't get one of these at the end of the march, bummer.

We're fed propaganda on a daily basis about the glories of individualism, all the better to market products to people who all think they will be famous and/or millionaires. The facts state that not only is that not true, but the American dream of a sustainable comfortable middle class existence quickly fading. That's where all this anger comes from. That's the message. And it's a damn salient one.

If you look at a beehive or anthill up close, it doesn't look like much. But if you scale back, further and further... you will eventually see that it is everybody working in unison for a common goal. That reminded me of Occupy, but without a queen. Now that kind of talk is usually followed with quips about hammers and sickles and the glory of the Motherland. But think about this: I was marching with workers from my local coffee shop that I visit every day. That depends on people like me to choose them over Starbucks. Most people in the Occupy movement aren't against profit or being successful, they are against the level of inequity the US is practicing.

Can you clearly call it class warfare if the fight is fixed? It's a bit like Bambi vs. Godzilla. Until now. The Occupy movement is now more like a group of piranha, just as deadly, but the strength being in numbers, ignore or mock it at your peril.

The most amazing thing is that the entire movement could be stopped in its tracks by Attorney General Eric Holder prosecuting and convicting felony charges against bank executives, derivatives traders, and other robber baron types who walked away from screwing the American economic system. Yet still, they walk free and bloviate endlessly as if they have some higher ground. The sanctimony is incredible, the injustice clear.

Are you wondering what these people are so angry about? You can start there.

And I for one am really glad that we're having the discussion. I was leery, but I'm damn sure on board.