OAKLAND -- Occupy supporters plan to retake Frank H. Ogawa Plaza on Thursday to mark the anniversary of the initial eviction of the Oakland encampment and the ensuing protests.

Demonstrators are planning to converge on the plaza outside City Hall at 3 p.m., march through downtown at 7 p.m. before returning to re-establish the plaza encampment, according to an announcement posted online.

A few hundred protesters are expected to participate.

The city released a statement Tuesday pledging to protect free-speech rights, while also expressing zero tolerance for overnight camping at theplaza or vandalism, which has marred several prior Occupy protests.

Downtown businesses and restaurants, including frequent vandal targets Rudy's Can't Fail Cafe and Sears, said they would not close early on Thursday. The most notable exception is the Downtown Oakland YMCA, which will close at 6 p.m. instead of 10 p.m.

The California Trucking Association warned its members Wednesday that protesters may again target the Port of Oakland, either Thursday or Nov. 2, the anniversary of last year's Occupy-inspired general strike and port protest.

The events of last Oct. 25 have had lasting consequences for Oakland. The early morning eviction of the encampment was followed by an evening of massive protests that surprised city and police officials.

Amid the street fighting, a police officer fired a beanbag that severely injured Iraq War veteran Scott Olsen and then fired additional less-than-lethal projectiles at protesters who tried to come to his aid.

The violence resulted in a series of fierce street protests over the next several months and severely damaged Mayor Jean Quan's standing in the city. The botched police response was criticized in a city-commissioned review and could help make the case later this year for a federal judge to strip Oakland's control over the Police Department.

Occupy activities have died down in recent months after the movement staged several provocative actions early in the year that included an attempt to take over the Kaiser Convention Center and weekly marches against the police.

The movement's last major pre-announced protest was May 1, during which several hundred demonstrators marched through city streets, at times scuffling with police and attempting to enter downtown businesses.

Since then Occupy's ranks have been depleted, but at least one faction of supporters has continued with a campaign of sporadic vandalism in Oakland. 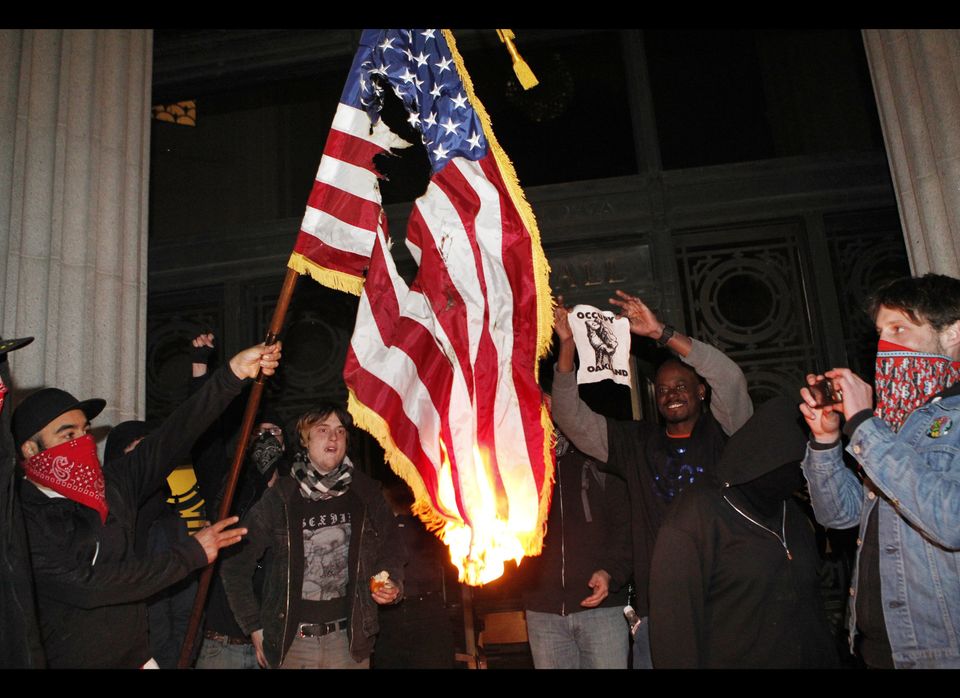