As 'Occupy Wall Street' spread to cities across the globe Saturday, San Francisco's contingent showed no signs of slowing down. An estimated 5,000 demonstrators swarmed downtown, marching from Union Square to the steps of City Hall in solidarity against economic inequality.

Meanwhile, the movement has swelled to encapsulate much of the Bay Area. 'Occupy Oakland' topped 2,500 activists this weekend, who have set up a permanent encampment in the city's Frank Ogawa Plaza. Other offshoots have sprouted in Berkeley, Richmond, Palo Alto, Santa Cruz and even affluent suburbs like Walnut Creek and San Mateo.

Many local officials have expressed their support as the occupation continues to grow. Richmond Mayor Gayle McLaughlin told CBS News that she's in favor of the rallies in both her own city and throughout the rest of the world. San Francisco Supervisor and mayoral hopeful John Avalos appeared on "Countdown With Keith Olbermann" Wednesday to discuss his role in the protests.

"I've spoken a couple times at the movement," he said. "We have a large number of foreclosures and a high level of unemployment. People are getting desperate. They're having a hard time paying the mortgage, having a hard time putting food on the table."

"Occupy Bay Area" has even drawn the attention of national celebrities. Hip Hop icon Lupe Fiasco stopped by Occupy Oakland before his concert at the nearby Fox Theater Wednesday evening, and actor Danny Glover reportedly joined the "Jobs Not Cuts" march Saturday afternoon.

Take a look at images and video from San Francisco's most recent demonstration below. Have you taken part in the local Occupy movement? Submit your own photos for a chance to be featured in our slideshow. 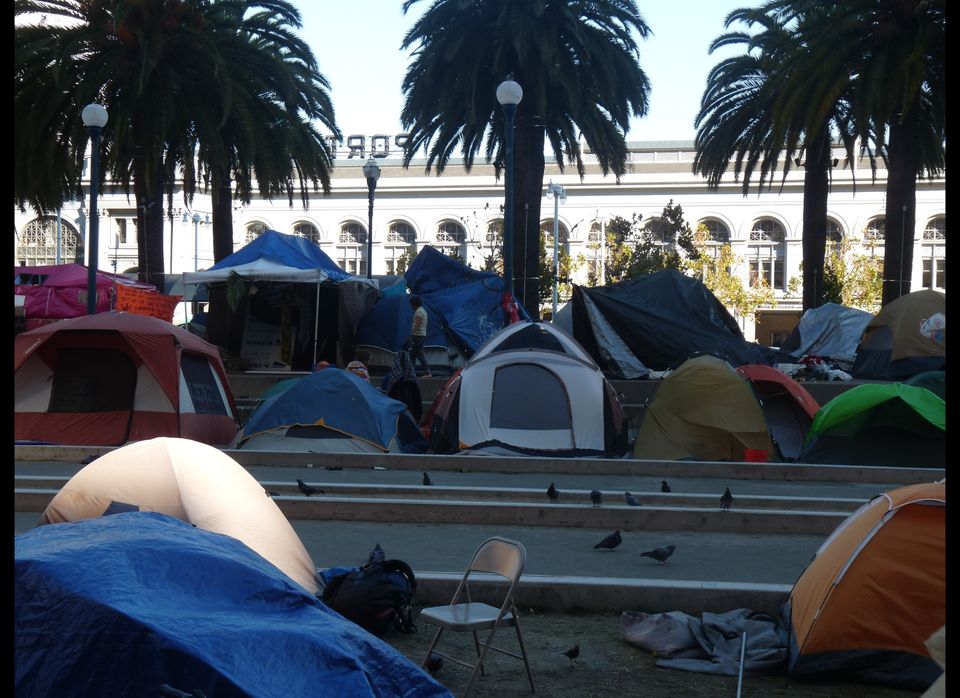