As South Korea gets in the occupying spirit, the official news agency of its neighbor to the north has jumped on the demonstrations as an opportunity to knock capitalism and express support for the South Koreans' "pent-up wrath against avaricious big banks and companies that caused economic inequality."

For the second Saturday in a row, hundreds of protesters gathered across Seoul to demand that the government stabilize housing prices and increase social welfare spending, The Korea Times reports.

The week prior, more than 600 citizens braved torrential rain to rally at Seoul Plaza as part of 'Occupy Seoul.' When police blockaded their entrance to the plaza, they instead held a candlelit protest across the street in front of Deoksu Palace. Protesters wearing masks held up banners reading, 'Occupy Together' and 'Tax the Rich 1% - Welfare for the 99%.' In Yeouido, Seoul's main financial district, about 200 demonstrators reportedly rallied in front of the Financial Services Commission.

In addition to demanding changes to the financial system, South Korean protesters from labor groups have called for equal treatment of regular and non-regular workers, while students have demanded tuition cuts and more job opportunities, according to The Korea Times.

Protesters also have denounced the free trade agreement recently approved by the U.S. Congress. According to AsiaOne, the protesters stated that the pact "aims to burden South Korean workers with the economic crisis taking place in the United States."

The Wall Street Journal describes the protests in Seoul as "generally noisy but mostly orderly," and notes that hardly a week goes by without a major protest downtown.

Meanwhile, North Korea's official state news agency -- The Korean Central News Agency (KCNA) -- has issued its own strongly-worded judgement of 'Occupy Seoul.' In a release last week, the agency described the protests as a "stern judgement of unpopular system that brings exploitation, oppression, unemployment and poverty to the popular masses."

In a separate dispatch titled "Capitalism has no Future," the agency noted that worldwide events never unfold the way imperialists want them to, the Associated Press reports.

The North Korean agency predictably took things a step further in its closing remarks. "The end of capitalism is one of inevitabilities of history," the KCNA concludes.

Despite the perhaps unwelcome support from North Korea, public protests in Seoul reflect the growing discontent with corporate greed that has resulted in protests around the world. 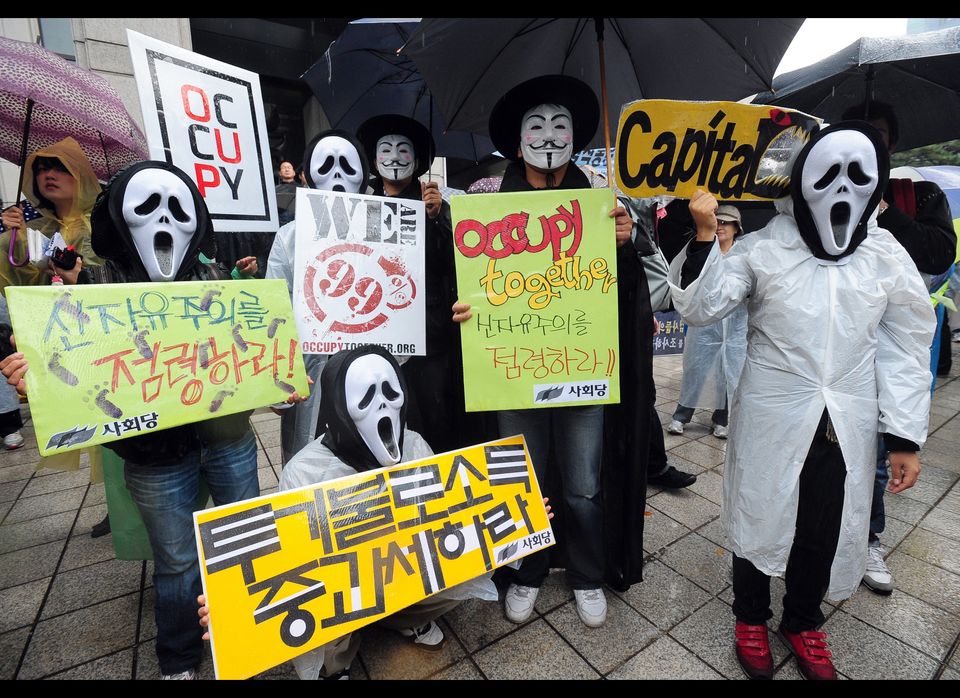