Back from the first global conference on money in politics in Mexico City, I'm bursting with stories that might carry messages of possibility that Americans need right now. Sure worked for me.

In Spain, with one-fifth of its population jobless, the Indignados movement--that paralleled our Occupy-- erupted with protests in 2011. But instead of fading from sight, by early 2014 the Indignados had set the stage for the birth of a new political party: Podemos, "We Can." 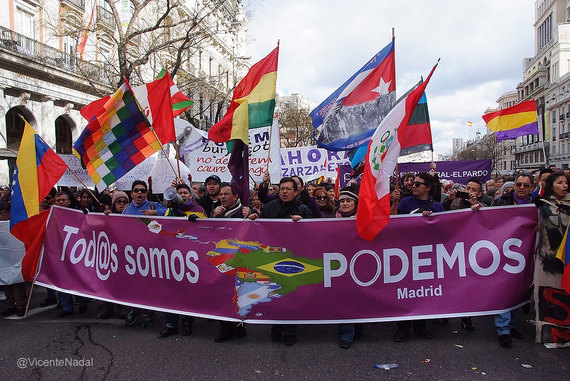 In only a few months, Podemos surprised everyone by winning 8 percent of the Spanish vote for the European Parliament, giving it five of 54 Spanish seats. One year later, in coalition with other grassroots movements, Podemos won mayor's races in Barcelona, Madrid and other cities. Today it is Spain's third largest political party. "Unprecedented" declared the pundits.

The Party's aim has been to "capture a desire for transparency and participation in politics" stirred by the Indignados movement, Miguel Ongil, 35, Podemos' point person on finance and transparency explained to me. During the Mexico City conference, I scribbled furiously as he laid out three ways his new party stands against corruption and for social equity.

"Crowdfunding." Miguel described the Spanish system of public campaign financing in which parties typically take out bank loans to pay their bills that are largely refunded later by the government based on the parties' showing at the polls. "But when the parties don't get the expected results, they cannot pay back their debts," Miguel explained later, so the banks then "get more credits to pay for credits..." In effect, these Spanish banks become "shareholders of political parties," another conference attendee quipped to Miguel.

But not Podemos. It wants no "bank donors" to whom it might feel an obligation, Miguel told conference attendees. His new party relies instead on "microcredit" from citizen supporters who are later repaid with public funds. This is our "innovation," he wrote to me later: "how to make your way around without state funding or bank credits, and our answer is simple: collaborative finances, crowdfunding and fresh ideas."

"Radical transparency." The party publishes all its accounts online in real time, Miguel told his audience which represented several dozen nations. Plus, "we are the only party with three external control mechanisms: the Court of Accounts, a second formal external audit, and citizens' control."

"Citizens' control": What does that mean? I asked.

Podemos' "accounts include so much detail, including the actual tickets, that an external audit wouldn't really be required," Miguel wrote later. "Anyone can do it, and they do. One of our publications of accounts had 138,000 views. Newspapers have been trying to nail us. We have so much citizen supervision it becomes a control mechanism in itself." Radical equity. Miguel didn't use this term but for me it fits: Podemos requires that none of its elected representatives--from the local to the European level--earn more than three times the minimum wage. Any income above this level goes to the Party, where we "spend 50 percent in the Party and 50 percent goes to a fund to which anyone can apply for social projects. The sympathizers of Podemos decide in a 100 percent-participatory mechanism which projects are to be funded." 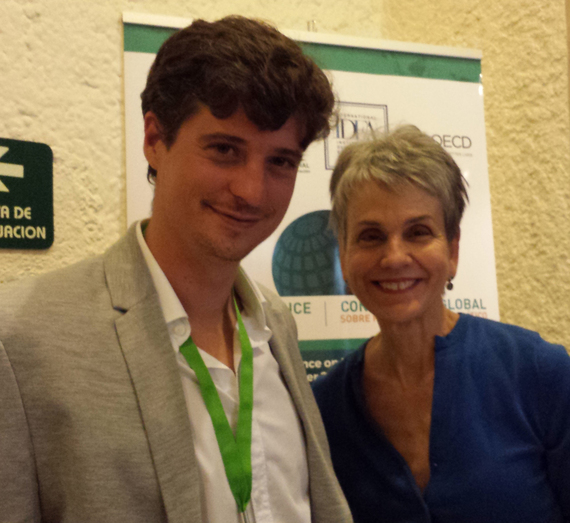 Clearly, commitment to participation runs deep in Podemos, and that includes some direct guidance from citizens. Podemos uses, for example, web tools to enable people collectively to develop its key documents, with party "synthesizers" weaving together the final versions.

At their height about a thousand Podemos "circles" connected citizens and their party in regular, horizontally-organized, local meetings. Miguel notes that in growing as a party, Podemos is working to find a new balance between in-person and virtual participation, "including electronic mechanisms of direct democracy." For example, citizens have the "possibility to propose 'legislative citizen initiatives,' which require the support of a minimum number of votes or circles. These give circles some weight."

Aligning action with its philosophy, another Podemos touch boils down to postage stamps. The head of the party is long-term activist Pablo Iglesias whose campaign letters were hand delivered to mailboxes, with this explanation:

This letter did not reach you by post, because mailing a letter like this all over the country costs over 2 million Euros. Ask the parties who sent you an election letter by post where they got the money to do so and in exchange for what. "We don't ask for favours from bankers or corrupt [politicians]... If you are reading this it is because someone who lives near you wants to change things for real.

Podemos policy positions range from strengthening the public health system to halting evictions over mortgage defaults to promoting clean energy. But, "underlining the entire platform is a proposed change in political culture, bringing transparency and participative democracy to all institutions," notes what's called a "Dummies Guide" to Podemos--making it as much about how we do politics as about any specific issue.

Since it's the takeover of our democratic process by big money that makes most Americans angry, Podemos is a story from which Americans could take heart. Saying good-bye to Miguel, I sensed his determination and clarity of purpose. I felt fortified to do everything I can to pick up where Occupy left off and to help build a passionate US democracy movement.

Now I hear Miguel whispering in my ear: The Indignados "created a new social majority that no party was able to represent." And now Podemos is determined "to turn that new social majority into a new political majority." Even three years ago, he could not have foreseen how far Podemos has already come. Hmm. Maybe it's not possible to know what's possible. 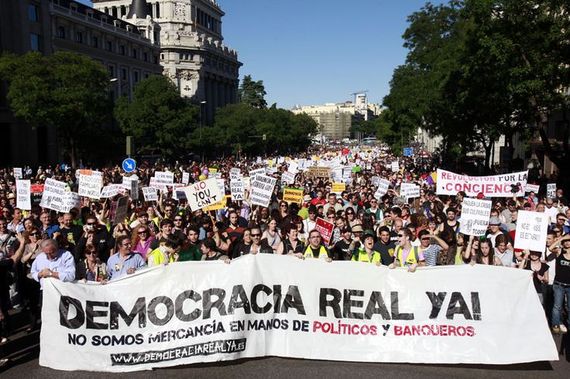