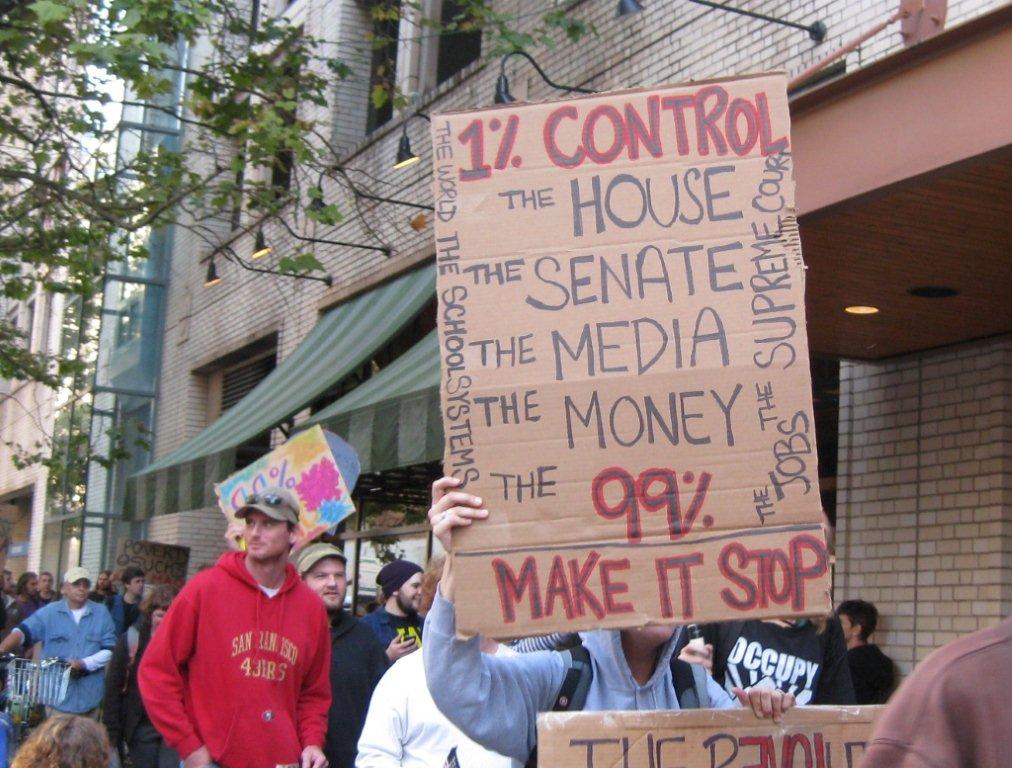 I am weary of hearing well-meaning friends question the Occupy Wall Street phenomenon. They ask, "What do they want? They don't have any clear goals -- how can they hope to bring about change?"

I want to ask:

"What was the meaning of Gandhi's fasts? "

"What was the meaning of the Watts riots?"

"What is the meaning of the young Syrian who set himself on fire because he could find no job, and started the Arab Spring?"

In other words, what is the meaning of a human cry? There comes a moment from time to time in history when a system is so patently unjust and cruel that people rise up against it and say, "No more!" Sometimes the people have not worked out a clear political agenda. Perhaps in their anger and pain, they have not sorted out the issues, or chosen leaders, or created a movement. Perhaps they never will. But this does not mean that their cry was in vain.

Occupy Wall Street has had great significance. If nothing else, OWS has changed the national conversation and shifted the civic discourse. They have made space for the voice of the people.
Since the country's founding, our national myth has been the promise of equal opportunity for all. Of course, that opportunity has never been there for everyone: we have never been truly egalitarian. However, the ideal was there, calling to us as individuals and as a nation to broaden the umbrella, including more people in that promise. And so we have recognized our theft of Native American lands and destruction of native culture; we have set a course for civil rights for those whose heritage was slavery; we have said that women should be considered equal to men and should be rewarded equally for equal work.

But somewhere during the last 30 years, we got lost on the way to the bank. We came to believe that "greed is good." The best and the brightest of our university students concluded that making a lot of money and garnering many possessions is the great goal of living. A country that understood neighborliness and compassion as positive goods began to look past the hungry, the homeless, the afflicted, as if they were in no way connected with those of us who are strong and able. We began to stop making things and began to spend our working days shuffling paper and making bets on the vagaries of the stock market. We refused to believe that the earth had limits, and we kept sucking up resources as though there were no tomorrow. In other words, we have been living in sin.

As so often happens when change is needed, we left it to our young people, to those strong enough in body and spirit, to wake us up. Occupy Wall Street is calling out the devastating results of corporate greed. The occupiers are saying this must stop. They're saying we must make human need and the care of the planet our central concerns.

At my age I am not healthy and vital enough to go downtown and lived in a tent for weeks, so I have been on the periphery of the movement. But I realize that I'm in debt to those who have been willing to shake the bars of the cage. They are serving as prophets- they have asked us to look at nothing less than the soul of this country. My only response is a deep sense of gratitude. With this new consciousness, there is at least the possibility that we can move to a new place.