As the Occupy Wall Street movement in New York celebrates its one-month anniversary and protest movements continue to spread around the world, HuffPost World takes a look at international sites of 'Occupy' demonstrations.

Nearly 400 people gathered in Belgium's bustling port city on Saturday in a protest against capitalism, corporate greed and the global financial system, some bearing signs reading "Capitalism is Cannibalism" and "Make the Rich Pay for the Crisis."

"In solidarity with #occupywallstreet we're calling on people everywhere to peacefully occupy public squares and create spaces for debate, assembly and reflection," organizers wrote on the event's Facebook page. Protestors were asked to bring signs with messages to the world, picnic blankets, and camcorders, as well spoons and pots to make noise.

Similar to the scene in New York's Zuccotti park, where the Occupy Wall Street movement began over a month ago, crowds in Antwerp's historic Groenplaats square read out speeches, danced and played improvised drums. "Greed is triumphing," writer Jeroen Olyslaegers was quoted as saying by DeStandaard in Dutch. "This is not a symbolic protest. This is real. We have to continue until something changes."

Other Belgian cities such as Ghent and Brussels are also holding their own 'Occupy' protests.

Global Occupy We Are The 47 Percent Occupy Wall Street Belgium 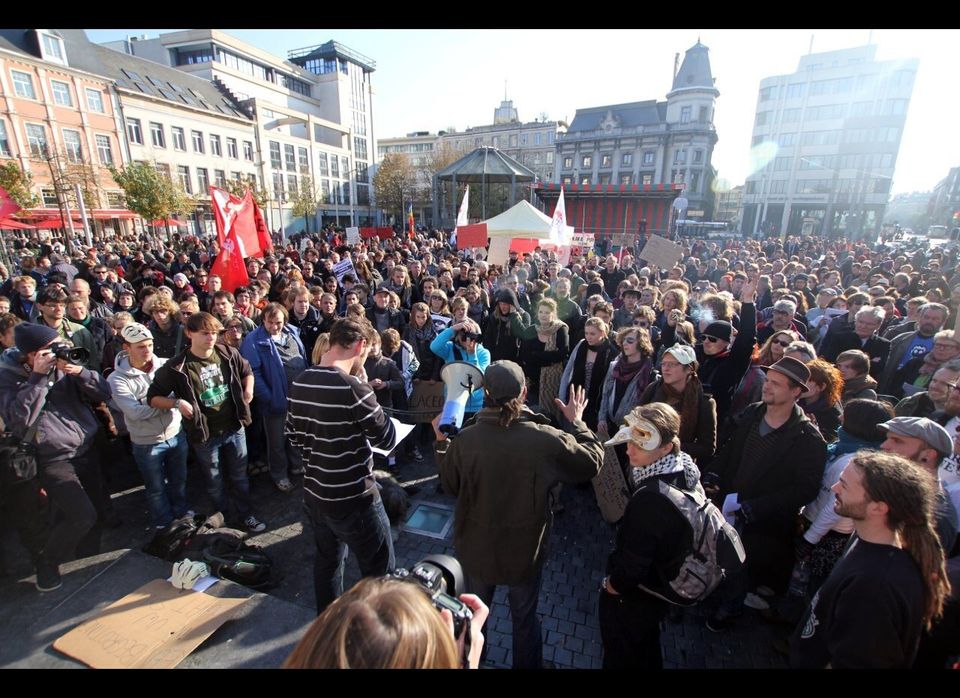