When the history books look back on 2011, they likely won't forget Occupy Wall Street.

The humble protest that started in Zuccotti Park on September 17 after a call from the magazine AdBusters turned quickly into a social media phenomenon and, ultimately, a worldwide movement. The demonstrations against income inequality, corporate influence in politics and other topics have attracted so much attention that Time magazine named "The Protestor" the person of the year due in part to the Occupy movement, as well as the Arab Spring.

It's perhaps the protesters' tenacity that's given them the most recognition. They continued to spread their message -- and ramp up occupations across the country and around the world -- in the face of initial skepticism, ultimately netting endorsements from a variety of politicians and unions.

The occupiers have also faced injuries and arrests along the way. When a video surfaced in September of New York Police officers pepper-spraying a group of young women during a protest in Union Square it launched the movement into the spotlight. The arrest of more than 700 protesters on the Brooklyn Bridge a few days later only heightened the focus on the movement.

But the protesters didn't let up. And neither did the police. Several people, including an 84-year-old woman in Seattle, a protester in Oakland and several students at the University of California-Davis, have been pepper-sprayed at close range. Oakland police also injured an Iraq war veteran during a march in October.

Though the protest camp was evicted from Zuccotti Park in November, Occupy organizers have attempted to keep the movement alive. Some activists helped homeless people take over foreclosed houses in cities across the country earlier this month. Others have targeted fundraisers for politicians and lobbyists.

The 10 Most Memorable Moments Of The 'Occupy' Protests [PHOTOS] 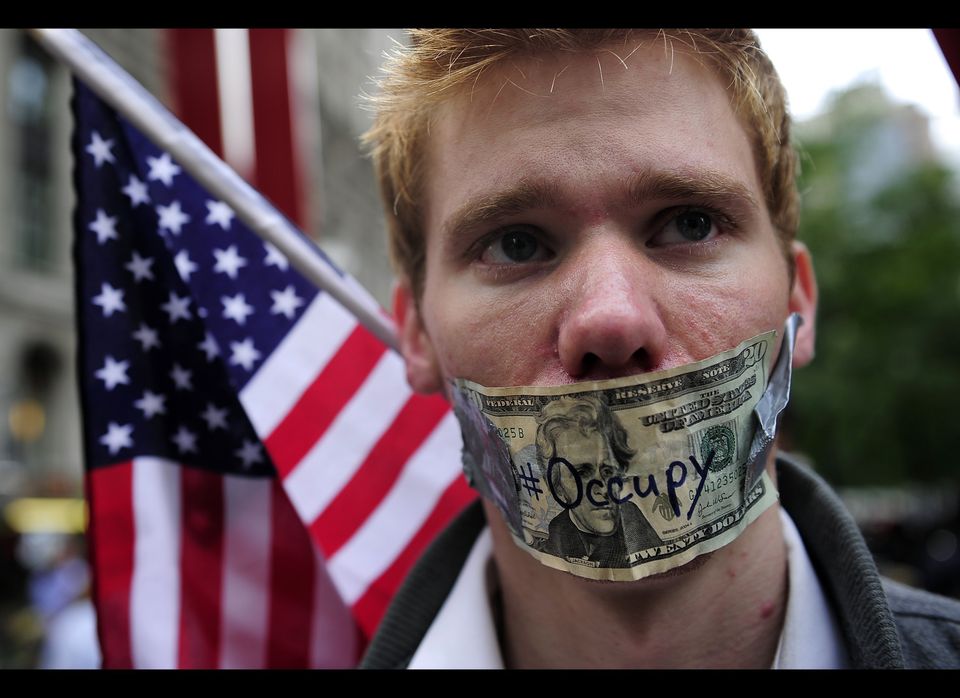 1 / 10
Protesters Begin Encampment At Zuccotti Park
Responding to the call from AdBusters magazine, protesters gathered at noon in New York's financial district on September 17 to begin the occupation. Even on the first day of the protests, the activists compared the movement to the Arab spring and protests in Greece and Spain, according to ABC News.
Getty