NEW YORK -- As Occupy Wall Street notched its second anniversary on Tuesday, many of its supporters marked another milestone: one more day pursuing lawsuits against New York City.

From a class action lawsuit brought on behalf of 700 protesters arrested on the Brooklyn Bridge, to the cases of the women pepper-sprayed by a New York Police Department deputy inspector, to the suit launched by New York City Council members who argue their First Amendment rights were curtailed by arrests, the legal fallout from Occupy Wall Street has only just begun.

"It's going to be a process," said civil rights lawyer Yetta Kurland of the broad lawsuit she is helping to bring on behalf of journalists and progressive council members against the city for infringing on protesters' rights. "Hopefully our next mayoral administration will respect First Amendment rights."

A spokesperson for the New York City Law Department declined to comment on the lawsuits, citing their pending status.

Many observers saw Occupy's 2011 rise in New York as a product in part of the NYPD's overreaction to protest. A little more than a week after the camp in Zuccotti Park began, a high-ranking officer pepper-sprayed several women in a protest near Union Square, which led The New Yorker's John Cassidy to wonder whether NYPD Commissioner Ray Kelly was actually the "protesters' best friend."

Two years later, several of those sprayed in that incident are still pressing their lawsuits against the city and Deputy Inspector Anthony Bologna, who the Manhattan district attorney announced in April would not be prosecuted for pepper-spraying protesters, apparently without provocation, that day.

"That was a terrible thing that happened that day," said Kaylee Dedrick, one of those women.

But in the months following, she fell in love with one of the movement's unofficial medics and eventually conceived a child with him. "I really try and focus on the positive," she told HuffPost.

"I grew up just loving cops. I really saw cops as my friends," said Jeanne Mansfield, who briefly joined that day's protest while visiting New York, was pepper-sprayed and is suing. "This was the first time in my entire life," she said, when she hadn't seen the police as a friendly force.

Dedrick said she believes the punishment the NYPD gave Bologna -- a transfer to Staten Island -- was a "slap on the wrist."

"It's a morality thing," she said of her lawsuit. "It's wrong what he did."

That was a theme that emerged repeatedly in interviews with the protesters suing the NYPD. Many went through months of legal proceedings to determine whether they themselves would face misdemeanor or violation charges for offenses like disorderly conduct. But their own time as potential defendants has not shaken their resolve to force the city to change its ways.

Karina Garcia was a New York City schoolteacher when she was arrested on the Brooklyn Bridge on Oct. 1, 2011, along with hundreds of other protesters. The class action lawsuit brought on their behalf by the Partnership for Civil Justice Fund alleges that they were tricked onto the bridge's main roadway by the NYPD.

"For two years, I had to go to court every other month for something that I was completely innocent of," said Garcia, against whom the charge of disorderly conduct was eventually dismissed. "It was a very punitive process. It was really trying to scare people away from participating in things that we have every right to participate in."

As of August, a Manhattan DA spokesperson said, less than 1 percent of the 2,600 cases related to Occupy Wall Street actions remain. Most were resolved with dismissals or other actions that left protesters without criminal records or fines.

The New York City arrests, meanwhile, were only a slice of those that occurred in two years of sometimes tumultuous nationwide protest against the financial sector. According to OccupyArrests.com, a website maintained by the movement's supporters, there have been 7,762 arrests of Occupy activists in 122 cities across the United States since 2011.

Arrests were something that Paul-Henri Sullivan, a construction contractor and a volunteer filmmaker for the video collective Occupy TV NY, came to expect during Occupy protests. Sullivan was arrested three times. "I was always behind the camera," he said.

On Monday, to mark the movement's two-year anniversary, he posted a video of police tactics that he said were used to intentionally disrupt protests.

"To the average person who doesn't participate in these kinds of events," it probably seems strange that people can be arrested for walking down the street, Sullivan said. But he said that's what happened to both him and his brother Justin, as depicted in the video he made.

"It's a little bit of an alternative reality when you go there," Sullivan said. "It's like my brother was describing it earlier this morning: A civil liberties-free zone surrounds Occupy."

That alleged civil liberties-free zone is something that several lawsuits brought against New York City are attempting to change. Since at least the 2004 Republican National Convention protests, these critics charge, the city and its police force have engaged in a pattern of arrests targeting people who were simply exercising their free-speech rights.

The city fought a long legal battle defending itself over the mass RNC arrests, but they were ultimately ruled unconstitutional in 2012.

As the Occupy movement wore on, and the initial shock of the pepper spray and Brooklyn Bridge arrests wore off, some demonstrators seemed to grow weary of the day-in, day-out arrests.

"I think a lot of people learned that the first couple times they beat you, you win in the public perception, but every time after that, the cops win," journalist Nathan Schneider recently told The New Inquiry. "There's a threshold."

Carl Messineo, legal director of the Partnership for Civil Justice Fund, said that "you can simply be standing on the sidewalk and swept up arbitrarily" and "that sends a chilling message."

"We've continued the fight to vindicate the rights of all those who were trapped and arrested on the Brooklyn Bridge," said Messineo. Another suit that his group brought over allegedly similar "trap and arrest" tactics used in Washington, D.C., went on for nine years, ultimately succeeding.

"The lawsuit is deeply important," said Messineo, "because it makes clear to the NYPD and to the officers that there will be accountability."

CORRECTION: This piece has been updated to correct that disorderly conduct is a violation, not a misdemeanor. 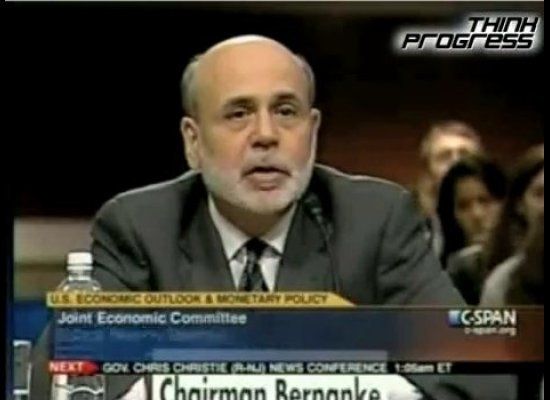 1 / 16
Federal Reserve Chairman Ben Bernanke
"They blame, with some justification, the problems in the financial sector for getting us into this mess, and they're dissatisfied with the policy response here in Washington. And at some level, I can't blame them," <a href="http://thinkprogress.org/economy/2011/10/05/336510/bernanke-occupy-wall-street/" target="_hplink">Bernanke said during a hearing before the Joint Economic Committee</a>.
YouTube