The Occupy Denver movement is gaining momentum. Even as the weather turned cold and rainy this weekend, a diverse group of approximately 1000 protesters gathered at the state Capitol Building and marched peacefully to the Federal Reserve at the 16th Street Mall on Saturday -- the largest group gathered since the first rally more than two weeks ago.

The Denver Police Department were there on Saturday, but there were no arrests, Fox31 reports. The DPD were so accommodating to Occupy Denver that protesters even tweeted thanks to the police:

Proud of the peaceful marches, DPD tweeted their own pat on the back:

The momentum began Friday night when hip-hop artist Lupe Fiasco stopped by the Occupy Denver camp donating tents, tarps, propane and other winter supplies, according to the Occupy Denver Facebook page. Fiasco was passing through Denver, playing a show at the Fillmore Auditorium, just a half mile from Occupy Denver’s campsite at the state Capitol.

Donations of food and other supplies kept the campsite growing all weekend. 9News reports that Occupy Denver has a large working kitchen now feeding those involved for free. Patrick Mardsen, a professional cook, said to 9News that a steady supply of food and supplies are being brought in by local restaurants, but mostly from individuals in support of the protesters.

Sunday night also brought a big development for Occupy Denver as they joined forces with the Colorado branch of the American Indian Movement (AIM) -- according to the Occupy Denver Facebook page, the occupiers unanimously endorsed ten AIM demands, which can be read in full here.

The protesters have yet to make any official public demands, but it’s not that they don’t have any, rather they are simply weighing all ideas brought forth by those involved in the movement. Brett Starr, a Denver organizer said this to HuffPost about the work-in-progress demands:

There has not been a specific demand(s) laid out yet. The media would like to squeeze one out of us, but we are not going to give them one until we come to a final massive democratic decisions on what that demand(s) should be.

Starr also said that any organizer can go to Coup Media Group’s website and vote on the proposed demands being laid out.

Occupy Denver is not alone in Colorado either, other occupations have broken out all over the state over the last two weeks. There are now protesters organizing in Boulder, Pueblo, Greeley, Colorado Springs and Fort Collins.

Check out the HuffPost LiveBlog for live updates about the Occupy Wall Street protest in New York. 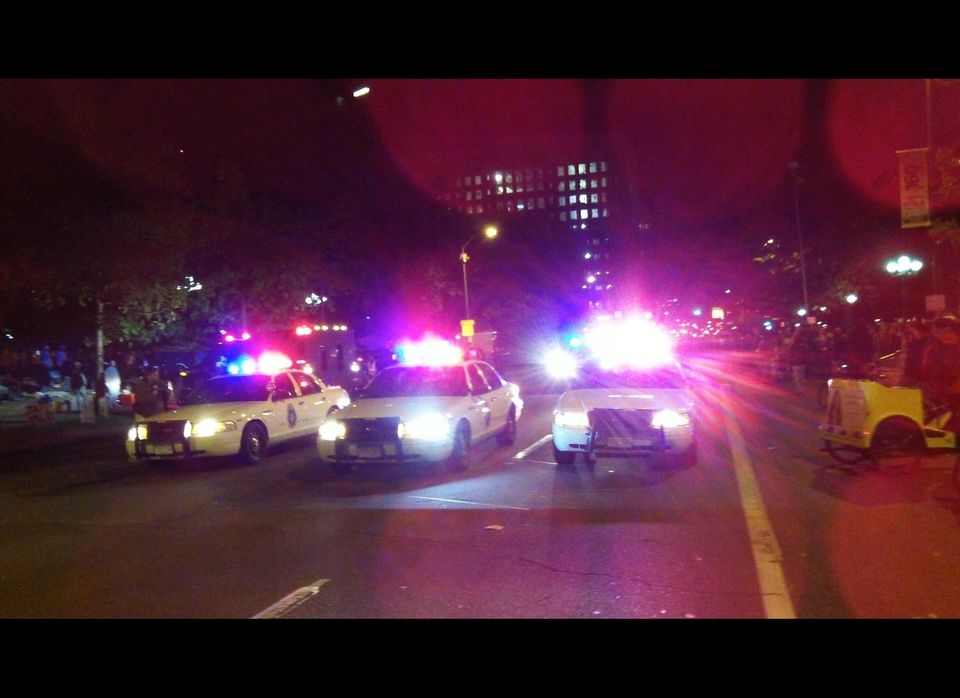