A poster for Occupy Wall Street's (OWS) November 17 'Day of Action' seems to compare OWS to the historic 1989 protests at Tiananmen Square in Beijing, China, an analogy that could be considered controversial due to the large number of civilian casualties in the Chinese action.

Artist R. Black's Occupy Wall Street poster borrows the famous 'Tank Man' image of the 1989 non-violent protests, but does this analogy overlook the immense suffering of the Tiananmen Square protesters? The original photograph depicts a young man standing, unarmed and unmoving, in front of an line of tanks. The image has become an important symbol of resistance against tyranny, the Tiananmen Square protests having resulted in the deaths of 400-800 civilians, in addition to about 50 soldiers and policemen.

The comparison does come in the wake of violence at various Occupy protests around the country, including a veteran being shot in Oakland, a professor beaten at Berkeley, and a pregnant woman pepper sprayed in Seattle. In addition, Tiananmen Square protest leader Shen Tong has moved to Zuccotti Park to become the movement's "father figure."

Artist Shepard Fairey, who has designed at least two posters for the Occupy movement, "The Tiananmen Square act of defiance has become a symbol. No one owns that symbol... Symbols, even if they are heavy-handed, are a useful tool in communicating an idea and stirring emotion. Analogy is a crucial tool of communication, and whether someone thinks an analogy is "appropriate", is far less important than the dialogue the analogy initiates. Political art needs to provoke."

What do you think? Is the Occupy movement justified in borrowing the imagery of Tiananmen Square? Or does the poster downplay the deaths of the 1989 protests? 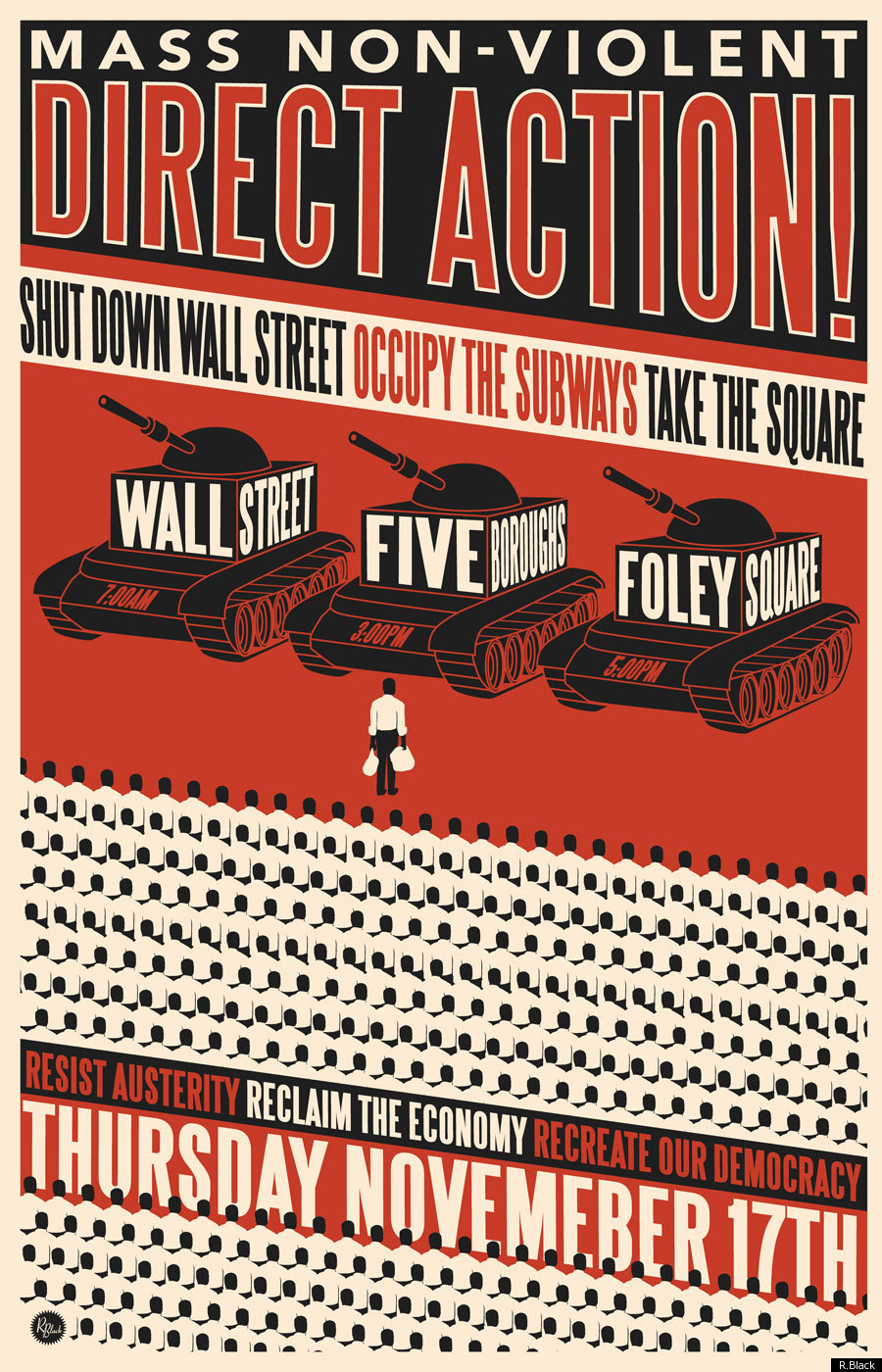 New York Art Occupy Tiananmen Square We Are The 47 Percent