When protesters first gained attention for camping out in Manhattan's Zuccotti Park, pundits and politicians were constantly asking what Occupy Wall Street was really about?

Though the group has a semi-official answer, their internet presence may reveal more about what's at stake for the protesters.

Using the text of 259 Facebook groups associated with Occupy Wall Street (13 Events, 9 Groups, 237 Pages), The Huffington Post has produced a word cloud representing the words that Occupy Wall Street organizers are using to describe themselves on the social networking site.

In our word cloud, created using Wordle, the more a word is used, the larger it appears on the cloud.

Look at the graphic below to see how the group describes itself. 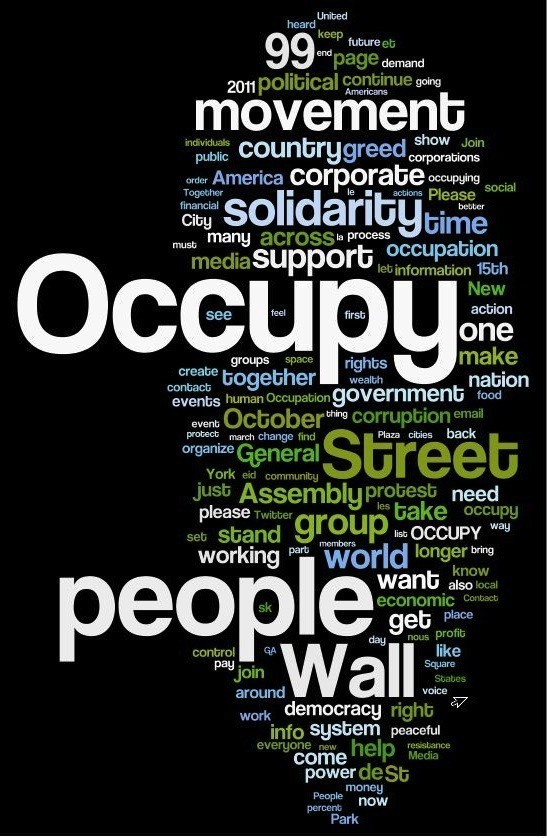 Source: List of groups comes from Chris Bowers on DailyKos. The descriptions were retrieved from Facebook on October 12 using their API.

Data
Download our data and make your own visualizations. We used the "description" column in this spreadsheet.