Nearly five million people visit Arizona's Grand Canyon each year, but few are aware that America is also home to the world's largest underwater canyon. Zhemchug Canyon -- named "pearl" by the Russian fishermen who discovered it in the 1960s -- is in the Bering Sea, off the coast of Alaska. While the Grand Canyon enjoys protected status as a National Park, Zhemchug Canyon, and its slightly smaller sister, Pribilof Canyon, are being fished by factory trawlers the size of ocean liners.

In addition to their massive size, these canyons are remarkable biologically as well. The canyons are cut into the Green Belt, where upwelling currents carry high nutrient waters up from the depths of the Aleutian Basin to the shallow Bering Sea shelf. The Green Belt is one of the most productive stretches of ocean in the world, creating foraging habitat for millions of sea birds, hundreds of thousands of fur seals, and large numbers of whales, fish, marine mammals and other species.

This ecological bounty has fueled an economic boon; over a million tons of fish are caught along the Green Belt region each year. The largest fishery by far is pollock, which is ground up to provide the raw material for things like McDonald's fish filets, Gorton's fish sticks, much of the fish in England's fish and chips, and the fake crab used in sushi. Nearly a third of all seafood bought in Germany today is Alaska pollock.

In general, the people who manage the fisheries of the Green Belt have a pretty good reputation. There are blind spots, though, perhaps caused in part by the fact that the fishing industry largely regulates itself. While fishing industry representatives dominate the North Pacific Fishery Management Council, there are no conservation seats; in fact, the regional fishery management councils are the only federal decision making bodies explicitly exempt from conflict of interest laws.

This may be why the Council has yet to put in place any protections for the economically and ecologically critical Green Belt. In late 2006, the Council again turned down efforts by conservation organizations to protect the canyons, saying there wasn't enough information available to justify any conservation measures. This is the exact opposite of the precautionary approach that is needed for our oceans and fisheries, but unfortunately it is the status quo for most areas of the world.

Greenpeace responded by organizing an expedition to explore the canyons and provide the Council with the data they lacked. I had the opportunity to lead the expedition, and even get trained so I could be one of the pilots of the submarines we used to conduct systematic surveys of the canyons. It was a real honor for each of us on board the Esperanza, to be the first people to explore the world's largest underwater canyon and discover firsthand some of the mysteries hidden in its depths.

There was a lot to discover! The oft-repeated adage, that we know more about the surface of the moon than we do about the bottom of the ocean, is particularly true in the icy, remote waters of the Bering Sea. It's not easy to do this kind of research hundreds of miles from shore and thousands of feet below the surface, and throughout the expedition we battled equipment malfunctions, fog, storms, and even squid attacks that crippled the subs and forced us to abort a couple dives. When was the last time your work plans for the day were sabotaged by squid attacks?

We discovered a new species, a sponge that our Aleut colleagues on St. George named Aaptos kanuux, after the Aleut word for heart, to emphasize that the canyons are the heart of the Bering Sea. And while fishing industry lobbyists had been saying there was nothing down there but mud and silt, we also found a lot of other sponges -- over twenty different species of them -- and deep-sea corals. Many of the corals were not previously known to live in the Bering Sea, and the overall density was higher than most places in the world's oceans. Further analysis confirmed that the corals and sponges were being used as habitat by fish and other marine life.

Next week, I will present our findings to the North Pacific Fishery Management Council, and then, together with Oceana, WWF, Defenders of Wildlife, the Center for Biological Diversity, Marine Conservation Institute, and several other conservation organizations, we will ask them to review the latest science and begin a process to develop protections for the canyons. Tribal organizations and even retailers like Safeway, with over 1800 supermarkets across North America, are supporting protections for the canyons as well. So are tens of thousands of individuals, each of whom believes that members of the public who care about our oceans are stakeholders with every bit as much right to be heard as the big fishing corporations.

The effort to protect the canyons will not be resolved overnight. In the meantime, industrial fisheries continue to drag nets and longlines through the canyons, further damaging habitat-forming corals and sponges and putting the ecosystem -- and the longterm sustainability of fisheries -- at risk. Ultimately, I think the canyons will be protected, but it will take a little help from a lot of people to make sure the Council takes action. To learn more and get involved, visit Greenpeace.org.

PHOTO GALLERY
Exploring the Grand Canyons of the Sea
Download
Calling all HuffPost superfans!
Sign up for membership to become a founding member and help shape HuffPost's next chapter
Join HuffPost 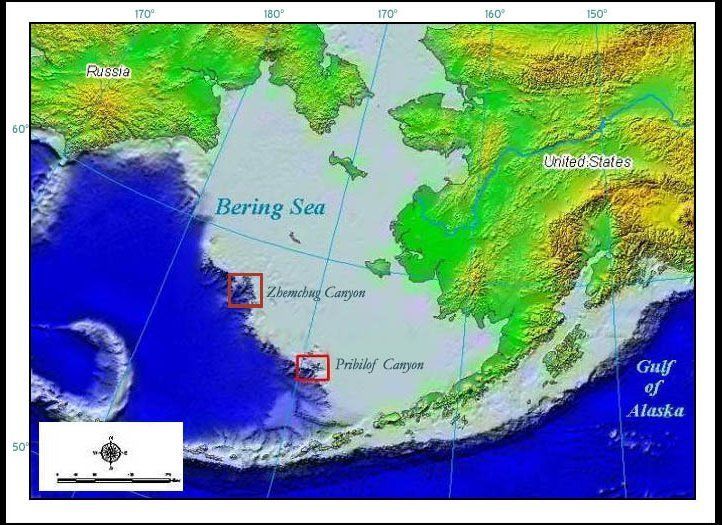