The oil blowout that's fouled the Gulf of Mexico since April is many things: a human tragedy, an environmental disaster and a wake-up call.

But it's not the greatest crisis facing the oceans today. We'll be dealing with the gushing oil and its aftermath for years, but we can't be distracted from Ocean Enemy No. 1: the grave threat of accelerating global climate change caused by the carbon pollution that people produce.

The list of victims of the oil gushing in the Gulf grows daily: sea turtles, whale sharks, seabirds and so many people whose lives and livelihoods depend on healthy seas. Their stories have deservedly found places in the daily headlines and people are responding.

At the same time, other sobering news is flying under the radar. These are stories of new scientific research that underscores the urgency of addressing climate change.

A recent research report published in the journal Science concludes that man-made greenhouse gases are driving irreversible and dramatic changes to the way the ocean functions at the most basic level, with potentially dire impacts for hundreds of millions of people across the planet.

The article summarizes findings from dozens of peer-reviewed studies on the impacts of climate change on ocean ecosystems. Already, ocean warming, rising sea levels and acidification are changing ocean life as we know it at scales that range from altering the rate of larval fish development to increasing vast nutrient-poor regions known as ocean deserts. 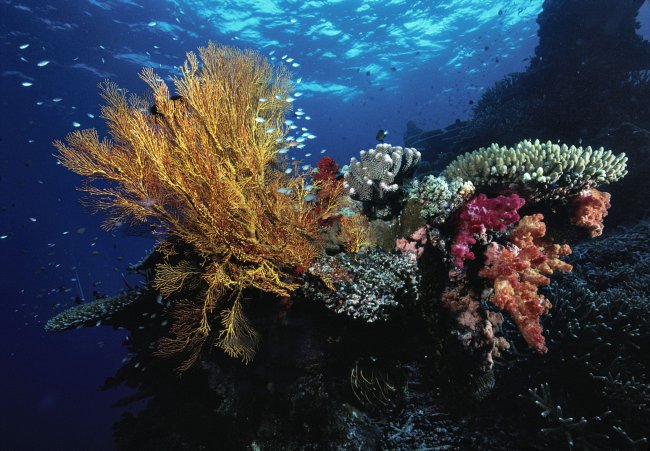 Co-author Dr. Ove Hoegh-Guldberg of the Global Change Institute in Australia warns that, "We are entering a period in which the very ocean services upon which humanity depends are undergoing massive change and in some cases beginning to fail. Further degradation will continue to create enormous challenges and costs for societies worldwide."

Perhaps most striking is the finding that the pace of these changes is expected to accelerate over time. For example, as the oceans warm, nutrient mixing that drives phytoplankton productivity is subsiding, in turn weakening the ocean's huge role in absorbing excess CO2 from our atmosphere.

Co-author Dr. John Bruno of the University of North Carolina (and a fellow blogger at Huffington Post), issued a blunt warning:

What strikes me the most about the recent science coming out on this topic, is the degree to which we are modifying fundamental physical and biological processes by warming the oceans.

And the big surprise, at least to me, is how quickly this is all happening. We are actually witnessing these changes before we predict or model them. This isn't theoretical; this is a huge, real-world problem. Moreover, we, not just our children, will be paying the price if we don't get a handle on this problem very soon.

As expected, the authors also make the point that there are far fewer studies of climate change impacts on the oceans when compared to terrestrial ecosystem studies. How strange, but not surprising, that we haven't made a larger commitment to understanding the largest ecosystems on our planet.

Still, despite our terrestrial bias when it comes to research funding, our nation's ocean scientists have accumulated an impressive amount of data on effects of climate change on our oceans, including many measurements like sea level and ocean pH that are not a matter of speculation: They can be measured with a simple instrument every day.

For sure, we'll be in for a lot of surprises in the future when it comes to climate change and its impact on our lives. There's simply no way to model, predict or understand every detail; but, there's plenty of evidence in our hands today, and there's no excuse for inaction.

Clearly, we have a lot of work to do -- and little time to act. I'm an optimistic person by nature, and I'm encouraged by all of you who are raising your voices and demanding action from our leaders. Grassroots efforts such as writing letters, sending emails and making phone calls to your elected officials do matter and are among the most important ways we bring about change.

Together, I'm confident we can address the challenges and make a difference - for our lives, for our children, and for the oceans.