When Izabella and Roger Kay moved to Miami Beach in 2010, the couple considered the Art Deco architecture around them to be one of the selling points for their neighborhood -- especially the Ocean Grande Hotel next door.

"One of the reasons why we bought our condo was that we had the view of the historical building as opposed to [being] surrounded by high rising condos,” Izabella Kay told The Huffington Post.

Now, however, the Kays find themselves leading a campaign to save the Ocean Grande and thereby preserve some of Miami’s architectural history.

After the hotel experienced years of neglect, Morabito Properties in 2011 purchased the building at 100 37th St. by Collins Avenue. Valerio Morabito sent a notice in June 21, 2011, to the Kays and other residents of the neighboring Caribbean Condominium about his plans for a "stunning, modern construction" to be designed by a team at Arquitectonica. Claiming that the Ocean Grande was not "structurally sound," the notice outlined plans for building a new condominium with 14 luxury units on the site.

"It will be setting a much higher price point for the area, which can only benefit the value of your unit," Morabito asserted. The new building would "reinterpret the geometric lines of the Art Deco style in a modern key" and be lower than the height allowed by the zoning code. The notice came with a form letter for residents to send city officials expressing their support for the plan.

The Miami Beach Historic Preservation Board approved the demolition in December 2010, despite having described the 1939 Ocean Grande as an "excellent" example of Art Deco style on its historic buildings registry, citing its "symmetrical design features strong vertical elements with contrasting horizontal stucco bands with round stucco medallions."

Designed by Roy F. France, the Ocean Grande lies in the Collins Waterfront Historic District near other remaining iconic Art Deco buildings created by the architect, such as the Cavalier, Sands, St. Moritz and the National hotels.

"To me, it’s just a crying shame that they’ve intended to demolish this building and it’s irreplaceable,” said Dirk Goldwasser, co-owner of the Betsy Hotel in South Beach and a Miami Beach resident.

Documenting paint splatters on the sidewalks and openings in the roof, the Kays took to Facebook to create an online campaign to preserve the Art Deco treasure: Their page, My name is Ocean Grande rallies against the planned demolition and urges the city to repair the hotel. Goldwasser joined the effort, pushing for the building’s rehabilitation as well.

The Kays have attended two Miami Beach Historic Preservation Board meetings and hired a lawyer in an attempt to save the building only to encounter legal technicalities.

Initially in March 2011, the Caribbean Condominium Association filed a motion to void the preservation board's December 2010 vote and actions allowing “Morabito Properties to demolish the structure at 100 37th Street and construct a new condominium.”

The condo association also sent a notice to the mayor and other city officials objecting to the reappointment of preservation board member Simon Nemni, claiming he had a conflict of interest with the December 2010 demolition vote: Two months before voting to tear down the Ocean Grande, Nemni had entered into a contract to purchase 3621 Collins Ave., a building right next door.

But by January of this year, the the condo association had arrived at an agreement with the Ocean Grande's new owners to tear down the hotel. The agreement granted the condo association $75,000 for "landscaping and such other purposes as it may determine in its sole discretion, which may or may not include further improvements to the Caribbean." Residents would also receive a 20 percent discount on the new building's spa and gym memberships and a 10 percent discount on food and beverages for five years

William Cary, assistant planning director for the City of Miami Beach, told The Huffington Post that since the Caribbean withdrew its request for a rehearing on the issue, Morabito "may now proceed to finalize any other required regulatory approvals necessary to demolish the existing building [and] construct the new structure previously approved by the HPB," referring to the preservation board.

“Since the [condo] board was the only objector, the individuals didn’t have standing to stand in the way of the [preservation] board removing the objections. So therefore, there’s no legal remedy for [the Kays now] because they were the only objectors,” Switkes said. “They were pretty much left in the dark.”

An independent engineer hired by the Kays has determined that the building could be saved, the couple said. The Kays also claim that photos and video on their Facebook page show that the structure had been purposefully left open to the elements.

“It’s really been a very frustrating, grueling exercise because the process involved has not entirely been what we would call fair,” Goldwasser said.

Valerio Morabito, Simon Nemni and the Caribbean Condominium Association did not return repeated requests for comment.

View images of the Ocean Grande over the past year, courtesy of the Facebook page My name is Ocean Grande.

Historic Ocean Grande Hotel Under Threat, Trio Fighting To Save It 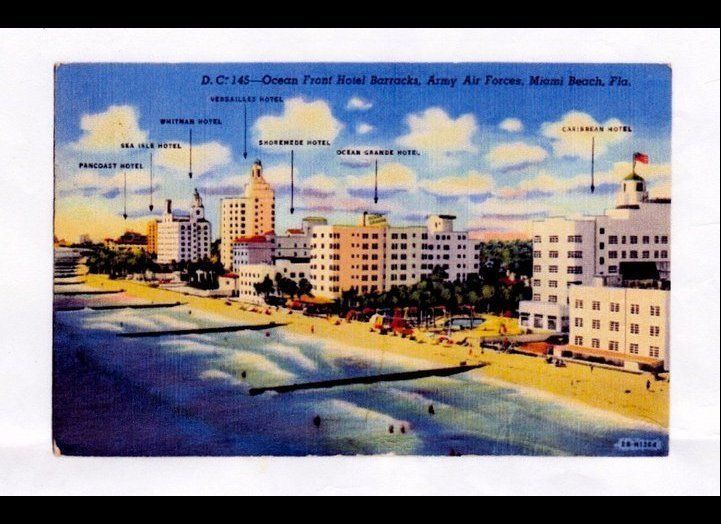