Each year, the lion's share of mercury poison comes from burning more than 8.3 billion tons of coal to provide energy for electricity grids.

Join Earth Dr Reese Halter from Los Angeles in another segment of SOS as he tells us about our oceans brimming with mercury poisoning.

As a result of this insatiable addiction to coal, mercury toxicity has tripled in our oceans to over 80,000 tons of poison. Eighty-four percent of fish tested are laced with methyl-mercury, say scientists from the Biodiversity Research Institute in Maine. 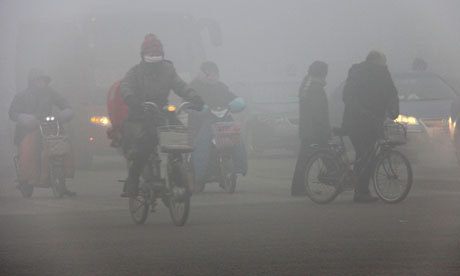 In December of 2013 Shanghai's concentration of tiny toxic PM 2.5 particles was 602.5 micrograms per cubic meter, an extremely hazardous level that shattered all previous records for poisonous air pollution. By the way, that compares to the World Heath Organization's acceptable safety standard of air quality of 25 micrograms per cubic meter. Photo credit: theguardian.com

This work comes on the heels of research earlier this spring that found there's so much toxic Asian air pollution from burning coal, it's now changing global weather patterns.

China burns an astounding 69 percent (or over 5.7 billion tons) of all coal consumed on Earth. Mega tons of poisonous mercury vapor and other soot are making storms in the Pacific deeper, stronger, more intense, and causing heavier more damaging rainfall patterns to occur. It's predicted to get far worse. 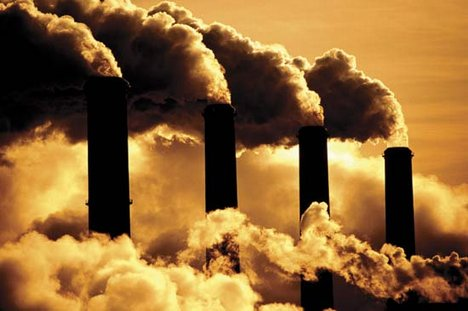 In just 5 years, from 2005 through 2009, China added the equivalent of the entire U.S. fleet of coal-fired power plants, or 510 new 600-megawatt coal plants. Photo credit: smartplanet.com

When mercury infiltrates our oceans, wetlands and forests it is in the organic form of methyl-mercury. It bio-accumulates in animals and bio-magnifies up the food chain. So, when it reaches apex-predators like tunas, eagles or humans it's highly concentrated. Methyl-mercury is a horrid neuro-toxin. There is no such thing as a safe level of methyl-mercury. 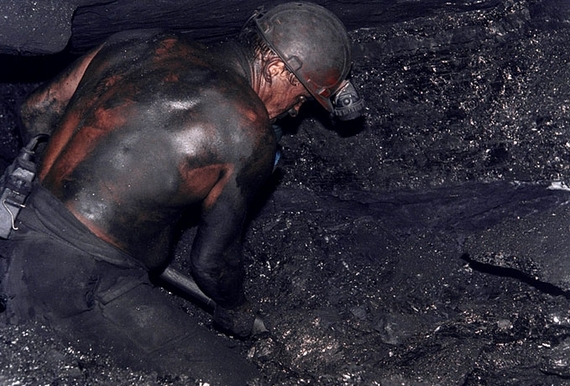 Australia's Coalition government lead by Prime Minister Tony Abbott has green-lighted the Carmichael coal mine, which each year will squander, in a highly drought prone region of Queensland, a whopping 3 billion gallons of fresh water from the Great Artesian Basin. Meanwhile, Environment Minister Greg Hunt refuses to address the life-ending noise pollution caused from the coal port development at Abbot Point, which continues to kill the Great Barrier Reef, the largest reef on the globe. Photo credit earthend-newbeginning.com

A polar bear on the Beaufort coast of Alaska. Federal scientists say Alaska could lose all its polar bears if summer sea ice shrinks. As if that isn't bad enough, these apex predators are full of toxic heavy metal mercury. Photo credit nytimes.com

These animals are vividly showing my colleagues just how polluted our planet has become. What we do to our oceans and animals, we do to ourselves. 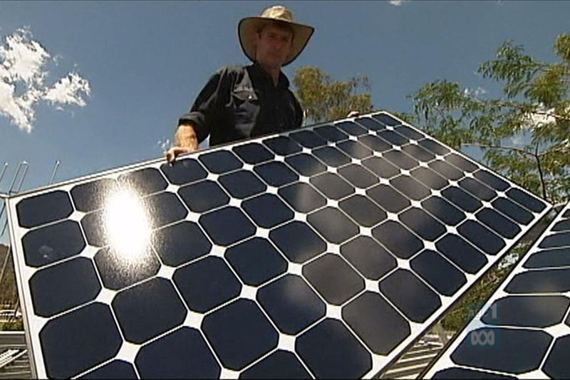 While Tony Abbott's Coalition government is polluting Earth, over one million Australian households or one in every 8 homes are generating their own electricity from the sun and avoiding government-owned network charges of $349 million annually. The price of solar panels in Australia has plunged by 80 percent over the past 4 years. Photo credit: abc.net.au

It's time for each of us to lend a helping hand. Together our purchasing power is formidable. Please, purchase only renewable energies or better still: go solar, go off-grid!

Earth Dr Reese Halter's forthcoming book is entitled "Shepherding the Sea: The Race to Save Our Oceans.