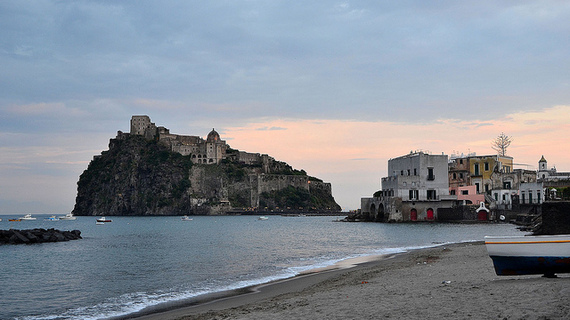 The Pulitzer Prize for Elizabeth Kolbert's The Sixth Extinction: An Unnatural History is a watershed moment in the long struggle to wake people up to the dangers plundering the Earth and destroying biodiversity.

But there's another, more specific lesson too: the devastating toll our oceans have paid in this age of industrialization, exploitation, pollution and neglect. It's telling that Kolbert puts a significant emphasis on our oceans, showing both their ecological importance and their role as harbingers of what's to come if we don't change our ways.

While society has begun to wake up to the climate crisis, it's been slower to recognize the closely related and equally threatening problem of ocean acidification, a term and concept that Kolbert popularized in a 2006 New Yorker piece.

"No single mechanism explains all the mass extinctions in the record, and yet changes in ocean chemistry seem to be a pretty good predictor. Ocean acidification played a role in at least two of the Big Five extinctions (the end-Permian and the end-Triassic) and quite possibly it was a major factor in a third (the end-Cretaceous)," Kolbert writes in The Sixth Extinction.

Ocean waters are rapidly becoming more acidic as they absorb roughly a third of society's skyrocketing carbon emissions. The oceans are becoming saturated with carbon, causing acidification and dead zones that threaten to unravel marine ecosystems, from shellfish with weakening shells to life-sustaining coral reefs that scientists predict will be destroyed by 2050.

To illustrate the threat and find a porthole into the oceans of the future, Kolbert visited Castello Aragonese, a tiny island off the coast of Italy with natural carbon dioxide vents on the ocean floor. The high carbon dioxide levels approximate what scientists expect acidification to bring by the end of this century, and "provide a near-perfect preview of what lies ahead for the oceans more generally." At the site, researchers found the abundant diversity of life reduced by one-third near the vents.

To make matters worse, the speed at which people are altering the oceans and other environments is unprecedented in geological history, making it nearly impossible for life forms to naturally adapt to the new conditions without a major die-off. The oceans are reaching limits in their ability to continue absorbing all the carbon we're emitting by rapidly burning fossil fuels.

"By burning through coal and oil deposits, humans are putting carbon back into the air that has been sequestered for tens - in most cases hundreds - of millions of year. In the process, we are running geologic history not only in reverse but at warp speed," Kolbert writes.

That's why some scientists have begun to consider this an entirely new age, the first in which one species, humans, is permanently altering the natural world, dubbing it the Anthropocene. In addition to unprecedented changes in the chemistry of the atmosphere and water, Kolbert notes that humans have altered up to half the land surface of the planet, removed more than a third of the fish from coastal waters, dammed or diverted most of the world's major rivers, or now uses more than half the world's readily accessible freshwater runoff.

As a result of the changes people have wrought, Kolbert writes, "It is estimated that one-third of all reef-building corals, a third of all fresh-water mollusks, a third of sharks and rays, a quarter of all mammals, a fifth of all reptiles, and a sixth of all birds are headed towards oblivion." Note the disproportionate impact of our actions on the oceans, the source of all life on the planet.

There's a call to action that can't be ignored. We must rapidly reduce carbon pollution and the massive footprint we are leaving on the natural world. We must shift human ingenuity to protect as much of the planet's biodiversity as possible by fighting for the preservation of every single threatened species that can be saved, a robustness that protects life in general.

I'm committed to that struggle, and thanks to Kolbert's fantastic book and the much-deserved attention that it's now receiving, I'm hoping to have even more allies as we move into this uncertain new age.