"My first shoot was amazing," Nadya tells me. "Such a learning experience for me in so many ways. I don't think I could have asked for a better crew to work with. They were so patient and willing to teach me. I owe a lot to Wicked Pictures contract star Jessica Drake; she opened my eyes to a whole different world of self-pleasure that I could have never imagined. They made me look so glamorous, and for the first time in my life, I felt beautiful and sexy. I'm very excited for it to come out!"

The video, directed by adult film star Brad Armstrong, is scheduled to be released in mid-June by a major online adult entertainment company. At the shoot, Nadya also posed for a set of photographs in which she's seated at the head of a long table, her body covered with SpaghettiOs.

“For the pictures, we had her topless with a thick sparkly red choker with a big red heart in front and red and white polka dot panties ... like 1950s style," an insider tells me. "SpaghettiOs were all over her body and she's even throwing the SpaghettiOs toward the camera. The label on the can was changed from SpaghettiOs to say 'Saucy Octos.'"

So how will Nadya put the money from her hard day of work to good use? She plans to buy her large family a new, safe home. 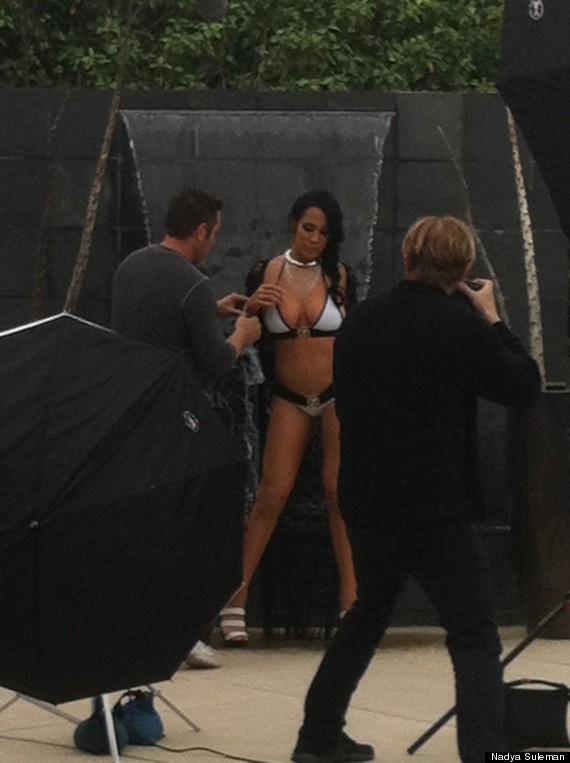