What was once regarded as "curb appeal" -- the first impression a home buyer forms of a house as he pulls up to the curb -- has moved to our computer screens. More than 90 percent of home buyers use the Internet to look at houses and more than 40 percent of those who buy houses first see them online, said the National Association of Realtors.

While many real estate agents understand that this shift in how we look for homes underscores the need for high-quality online photos, there are still a few who apparently didn't get the memo. In fact, spotting some of the most cringe-worthy photos has become a sort of sport. There are several websites -- including a few run by real estate agents -- that track them. Our favorites are HookedOnHouses.net, BadMLSPhotos.com and agent Liane Jamason's site.

It seems that the most-awful photos are found at the lower end of the market where perhaps marketing budgets are the slimmest and listing agents with no photography training resort to using their cell phone cameras. (Agents representing high-end properties tend to hire professional photographers.)

How serious a problem is it? Barry Bevis, a Florida agent who runs the BadMLSphotos.com website, says, "Bad photos can cost you showings and may result in a lower sale price."

While the sins of listing photography are many -- starting with just plain out-of-focus pictures -- Bevis, and others, offered these tips for home sellers and their agents:

1) Declutter before you snap the shutter.
Kids toys should be put away, desks should be straightened, and all drawers and cabinets should be closed. Not to state the obvious, but the dishes in the kitchen sink must be washed and put away before the photo is taken. As for overflowing laundry baskets, well, we can only ask "Really?" 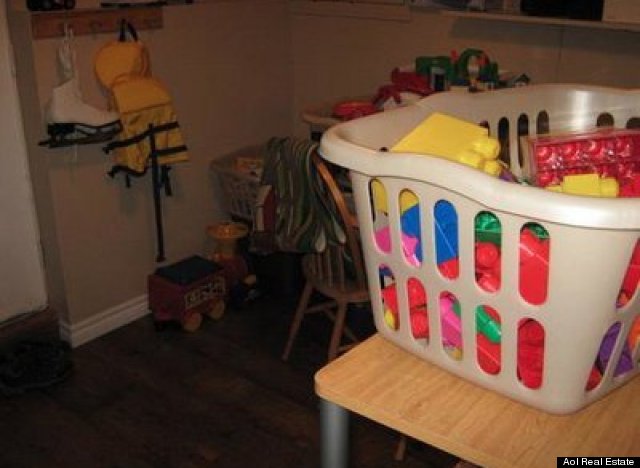 2) Sellers shouldn't appear in the photo.
The idea is to show off your house, not you sitting on the couch watching TV, or in this case standing in the doorway trying to stay out of the photo. The real hazard of a picture of Uncle Bob holding a beer at your backyard BBQ is that prospective buyers won't be able to envision their own families enjoying the outdoor entertainment center. 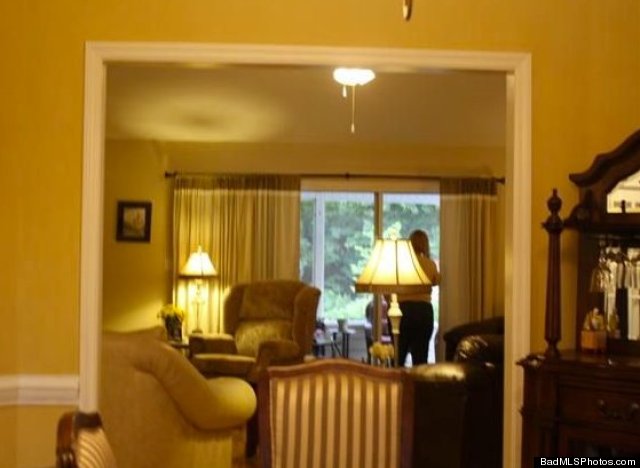 3) Agent-photographer shouldn't be in the photo either.
This frequently happens when an agent-photographer tries to shoot photos of the bathroom or dining room and is caught in the mirror reflection. What's wrong with it? It just looks silly and unprofessional and distracts from the purpose at hand: Show the house and its features. 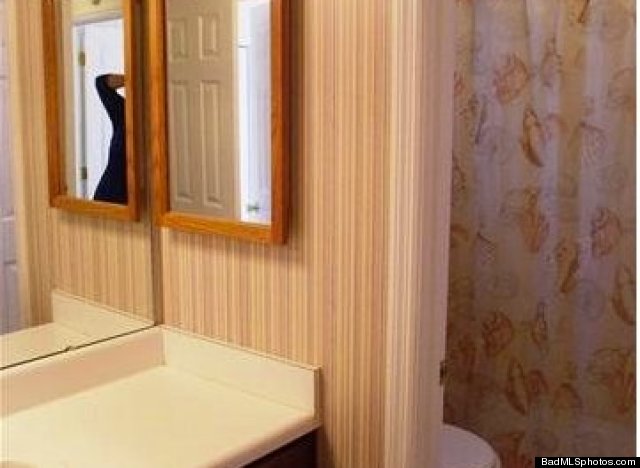 4) House "mug shots" shouldn't include cars.
The mug shot is the house picture taken from the street. The home and its landscaping should fill the frame. You shouldn't see the car parked out in front. Same for electrical wires, Christmas lights in June, overgrown weeds, or trash cans. In this case, the car could have been moved and the photo shot to exclude the mailbox. 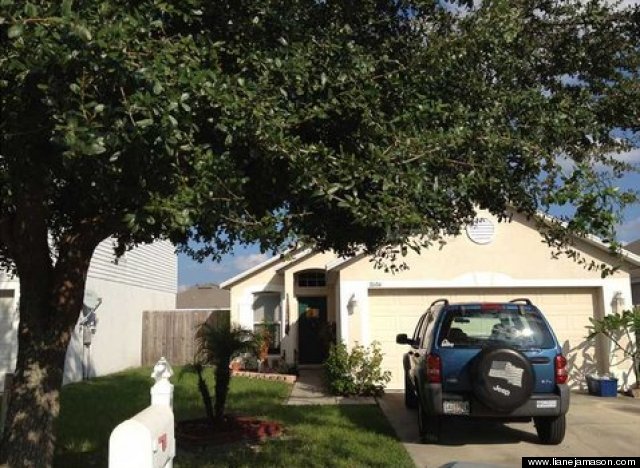 />
5) Pets.
You may love Fido -- and yes, nothing says "high-end class" the way the Irish Setter posing next to the Bentley in the circular driveway does -- but if you don't have a Bentley or a circular driveway, it's probably better to remove your dog from the couch. Ditto for picking up pet food dishes. Buyers may be allergic or just not share your appreciation for kitty's designer litter box in the tub. As for the kitty here, she appears to be heading off for a swim in the pool. 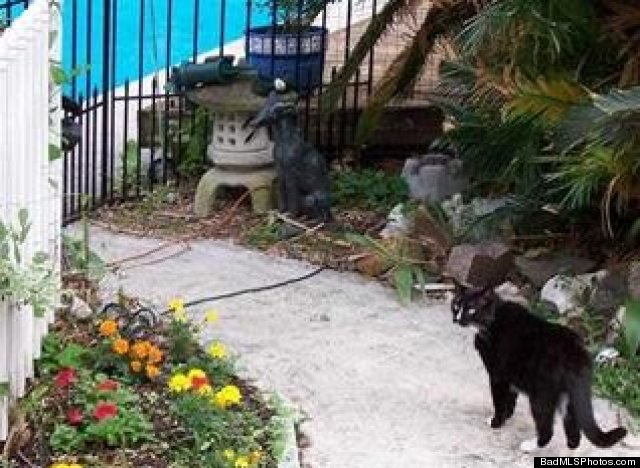 And while Rover here certainly looks like a nice enough fellow, do you get the idea that the photographer was afraid to venture closer? 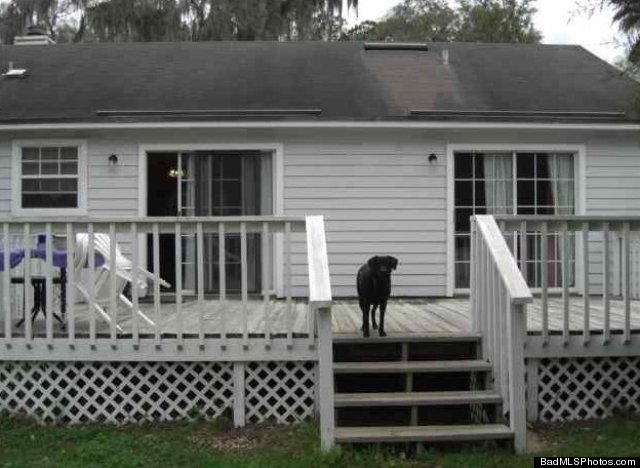 6) Turn off the TV.
You want people looking at your house, not trying to figure out what was on the TV. And yes, that's what they do. Fireplaces are OK to leave on. 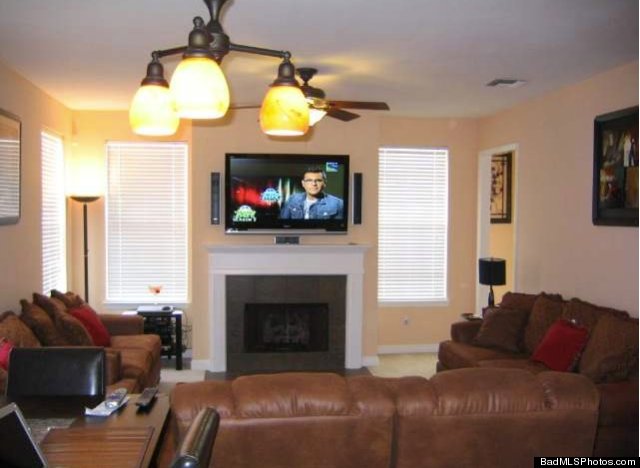 7) If it's dark, light it up.
There is no rule that says you can't turn lights on. Professional photographers frequently add lighting. 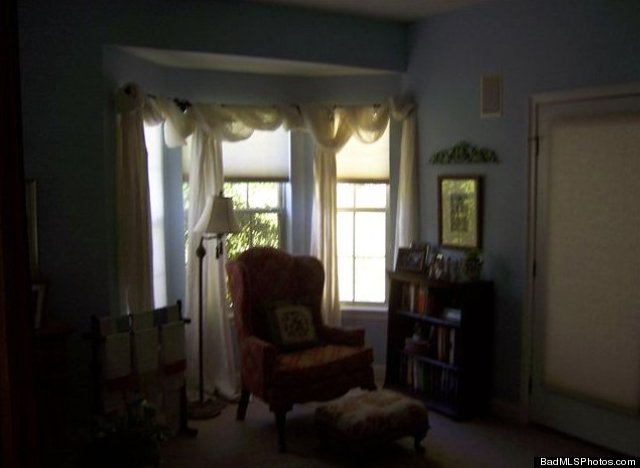 8) Don't let your personal tastes get in the way of a sale.
And who thinks Tweety Bird needs to fly off into the sunset? Part of an agent's job is to be blunt about what might hinder the sale of your home -- or at least not feature it in a photo. 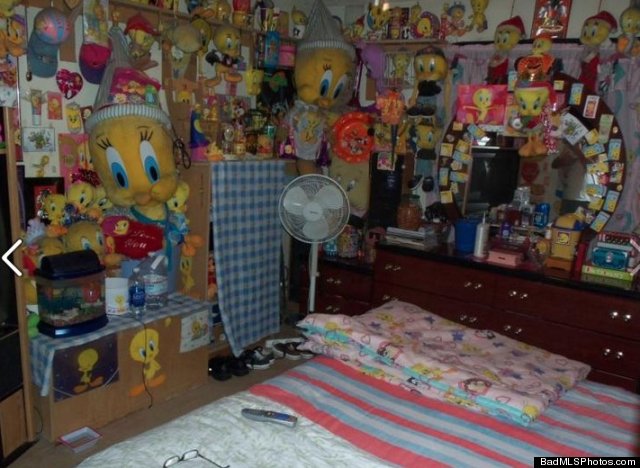 9) Don't focus on a piece of furniture, no matter how nice it is.
If you aren't selling that exercise bike, why feature it in a photo? This isn't Craigslist. 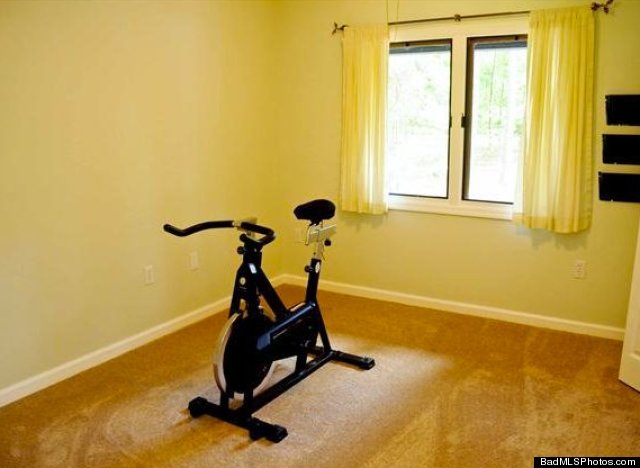 10) Don't get lazy.
This is a nice pool, but what viewers will see are the nice gate and lock. Couldn't the agent have opened the gate? We found too many photos shot from the agent's car with the car's side mirror in the shot. 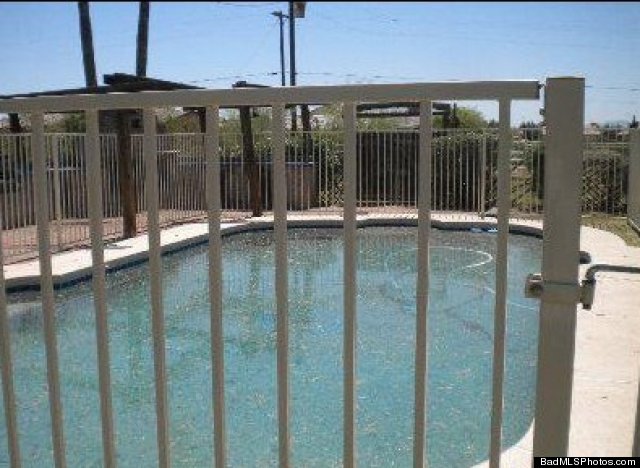 11) And perhaps most important of all: Eliminate the weird stuff.
Elvis might have stopped by last Christmas, but maybe keep it to yourself? 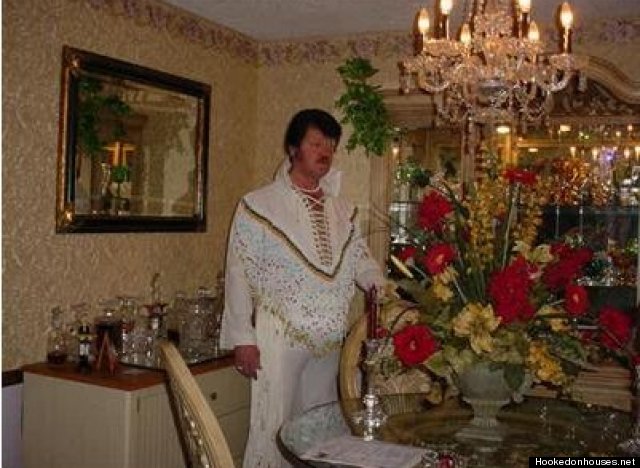 And is that really a banana peel on the chandelier? 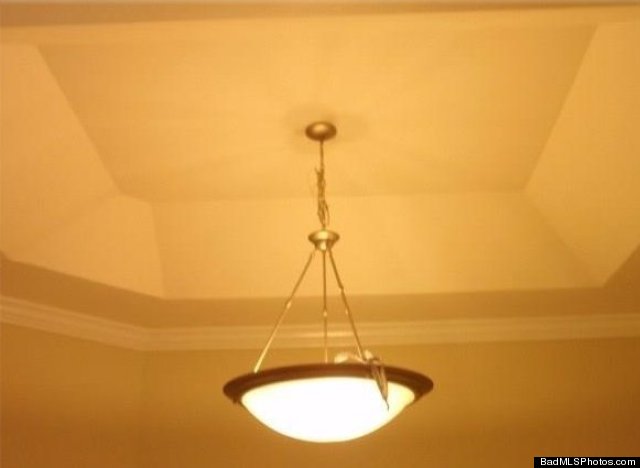