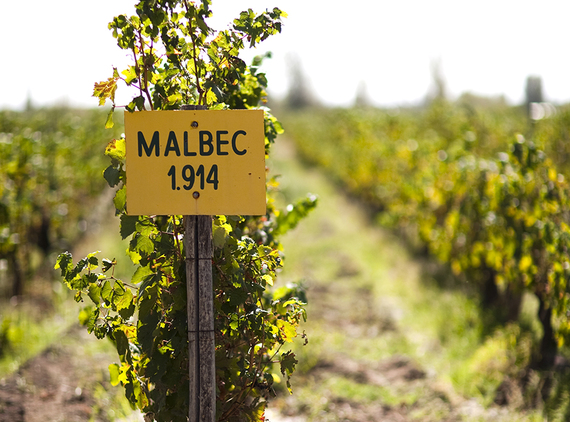 Argentina's most famous wine grape varietal, Malbec, is perhaps the best suited to Mendoza's sunny mountain soil and climate. Malbec is one of the five Bordeaux varietals; the other varietals are Merlot, Cabernet Sauvignon, Cabernet Franc, and Petit Verdot. In Argentina, Malbec can be glorious both as a single varietal and in a blend; it combines the dark, ripe, concentrated flavors and aromas of its famous French siblings Cabernet Sauvignon and Cabernet Franc, with a richness and smoothness on the palate that has turned it into the flagship wine of the Andean region of Mendoza, Argentina.

In 1981, my father was invited to work as a visiting agricultural economics professor at UC Berkeley, in California. For a winemaker, it was an inspiring, even thrilling time to be in California. The Californians were challenging the French hegemony on luxury wine, daring to compete with the best wines in France. In Napa Valley, my father learned of the 1976 Judgment of Paris, a competition in which Napa wines came out ahead of their counterparts in Burgundy and Bordeaux, and began to think about making grand wines in Mendoza.

After moving back to Argentina, my father became obsessed with the quest for quality. He initially devoted most of his attention to Cabernet Sauvignon and Chardonnay, but my grandfather Domingo kept saying, "Nicolás, I have always told you that our Malbec can compete with the best wines of the world." So after several years of retraining and bringing back to health our old Angélica vineyard in Maipú, the quality of the juice being produced -its concentration, intense aromas, and rich tannins- was impossible to ignore. We started to put a great deal of energy into Malbec. From that came the extreme high-altitude plantings in the Adrianna Vineyard, in Gualtallary, the development of a selection of high-quality Malbec cuttings -the Catena cuttings- the new plantings in San Carlos and Altamira, and the next two decades of redefining every aspect of Malbec winemaking and viticulture. 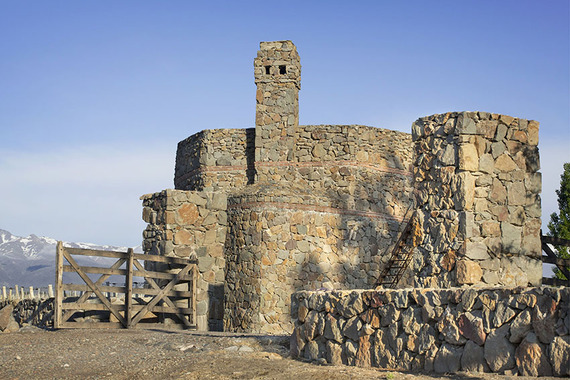 Today, we are looking for balance and low yields. We prize our low fertility soils, where the vines have to suffer a little, the plants have low vigor, and the grape clusters are small, exactly the way we want them. In the words of Jacques Lurton, one of the French pioneers of Argentina's wine revolution: "Mendoza has an unquestionable advantage over other Southern Hemisphere countries in the quality of its soils. Millions of years of geologic activity have given these alluvial soils at the foot of the Andes a unique structure, which is extremely well adapted to viticulture. It is because of its terroir that I have great personal faith in Mendoza as the region capable of producing the most complex and interesting wines of the Southern Hemisphere."

The history of Argentine Malbec involves a nineteenth-century man named Domingo Faustino Sarmiento, the soon-to-be president of Argentina, the man who would become known as the father of Argentine education. He admired the French winemaking savvy, for at that time, they were considered the world's undisputed leaders of fine wine. In his effort to acquire the refined ways of France in the mid-1800s, Sarmiento hired a Frenchman, Michel Aimé Pouget, to establish a vine nursery in Mendoza. Pouget brought the first vines of malbec to Argentina in 1852.

The history of Malbec in France dates even further back into the Middle Ages, when Malbec from the French region of Cahors was famously known as the Black Wine. It is said that Malbec was drunk at the wedding of Europe's most famous and controversial queen, Eleanore of Aquitaine, when she married Henry II, king of England after separating from her French husband, Louis VII. Bordeaux producers are known to have blended Malbec from Cahors into their lighter Clarets as a way to enhance color and mouthfeel. Before the late eighteenth century, Malbec appeared to have been the most important variety in parts of the Médoc, where the majority of the 1855 Classification wines came from. 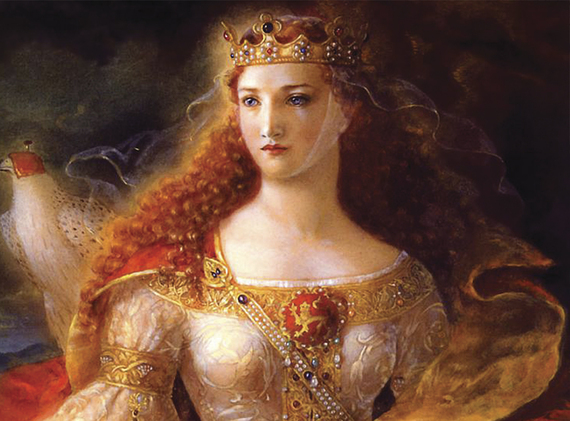 So you can imagine that when Michel Aimé Pouget brought Malbec and other cuttings to Mendoza from France in 1853, his aim was to establish an industry based on quality, defined at the time by what was planted in Bordeaux.

It would prove serendipitous that Malbec cuttings found their way to Argentina, because only two decades later--from 1875 to 1889--the Malbec grape, at the core of some of the greatest wines in Bordeaux, was decimated by phylloxera in its French homeland. Some 6.2 million acres of vines in France were destroyed by the disease. In Argentina, Malbec would lead its second home to winemaking fame more than one hundred years later.

In France, Malbec did not adapt well to the American rootstocks that were brought to Europe to save the vineyards from phylloxera. Later, during the big frost of 1956, the Bordelais Malbec was affected again, and this time, almost all of the Malbec in Bordeaux was replaced by Cabernet Sauvignon and Merlot.
At the same time, Malbec was being propagated throughout the province of Mendoza by immigrants from Italy and Spain. The dry climate and alluvial soils in Mendoza inhibited the propagation of phylloxera, and Malbec plants are almost never affected here. The grape ripened beautifully in Mendoza, where the growing season is long and the air is dry. Malbec was to become another successful European immigrant to Argentina. By the mid-1950s, with 120,000 acres under vine, Malbec was the most widely planted fine red varietal in Mendoza.