All around the world, teenage girls are more likely than boys to reach a basic level of proficiency in math, science and reading. However, among the world's highest achieving students, girls continue to lag behind boys in math, according to a report released Thursday by the Organisation for Economic Co-operation and Development.

The comprehensive, 176-page report looks at gender differences in student performance across 64 countries and economies. The OECD distributes the Programme for International Student Assessment (PISA), an exam taken by 15-year-olds around the world, every three years, and used results from the 2012 test as a lens into the issue of gender equality in education.

Overall, the report highlights the increasing gap between male and female academic achievement -- and shows that young women are often performing better than their male peers. Girls are now going to school longer than boys and significantly outperform boys in reading. Across countries examined in the report, boys are more likely to post low scores in math, reading and science.

Compared to girls, boys are more likely to say they think school is a waste of time, show up late to class and generally be less ambitious with their education and career expectations. They also spend less time doing homework and reading for pleasure, and more time playing video games or engaging with technology.

Evidence suggests that even though boys underperform in school as teenagers, they tend to gain necessary literacy skills by adulthood. Previous surveys from the OECD show that men are just as proficient as women in literacy by adulthood. 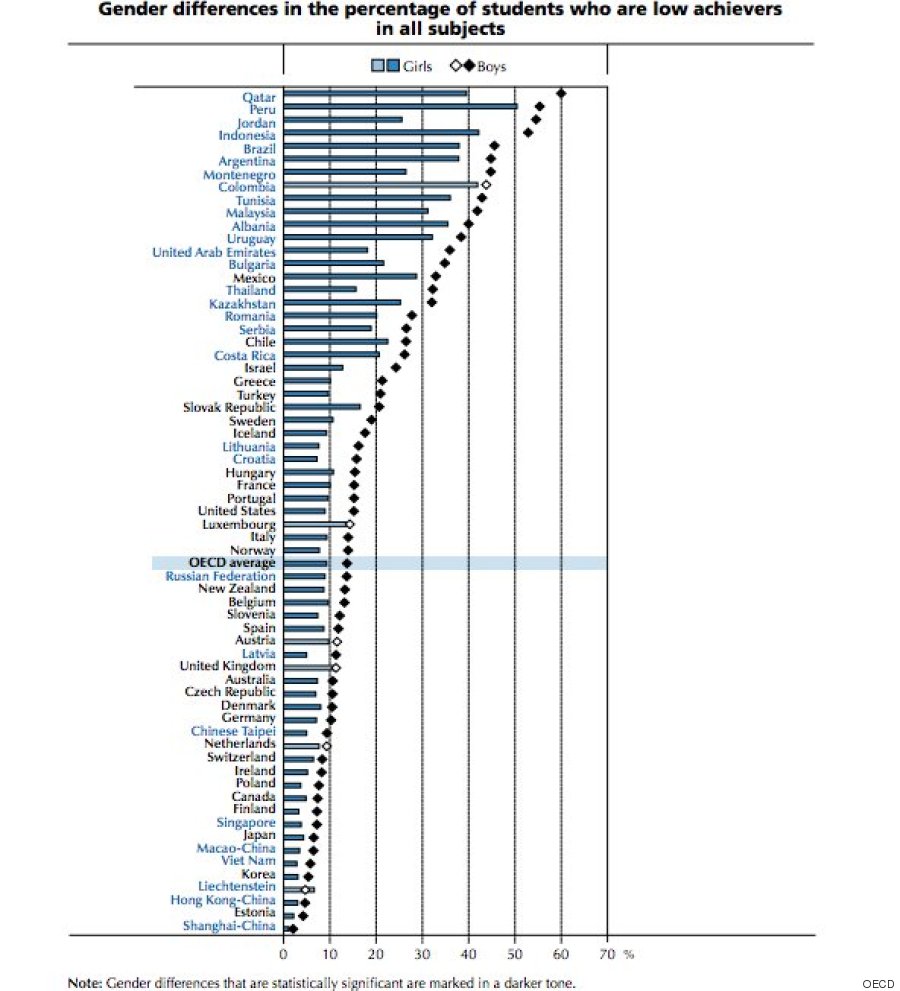 “Low-achieving boys appear to be trapped in a cycle of poor performance, low motivation, disengagement with school and lack of ambition, while high-achieving girls are somehow thwarted from using their mathematical skills in more specialised higher education and, ultimately, in their careers,” according to the report.

While it is difficult to determine why boys and girls perform better in certain areas, the report points to some potential reasons. Girls report having lower levels of confidence in their math abilities and experiencing higher levels of anxiety when performing math-related tasks than boys, according to surveys associated with PISA. Girls’ low level of confidence in their math and science abilities could ultimately impact their performance, the report suggests. 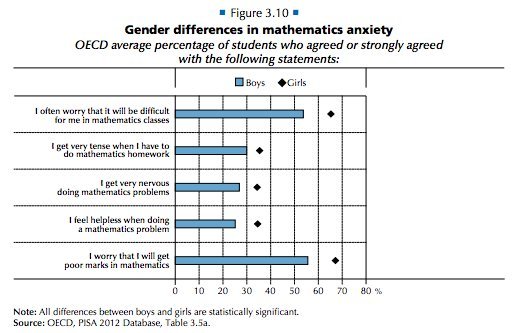 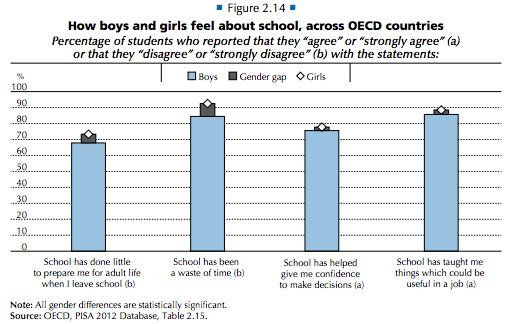 “Evidence strongly suggests that gender gaps in academic performance are not determined by innate differences in ability,” the report concludes, before making a number of recommendations for how schools and parents could work to close such gaps. Teachers should take steps to become more aware of their own gender biases, and work to build girls' self-confidence levels in math, the report recommends.