Credibility begets anticipation. Having earned an imprimatur with their prior production of "The Lady of Shalott," the verdict that awaited San Pedro Rep's production of "Oedipus," directed by David Mancini, was a foregone conclusion. The eyes have it.

It's not so much an enactment of a Sophocles play as a collaboration with the Greek playwright. The production is set in a contemporary lounge, an actual, drink-serving lounge. We're citizens as well as audience. The setting, as well as a couple of the present day costumes, makes the story both classic and modern, that is, timeless. You can imagine the same thing happening with a high-flying Wall Street executive who saw his empire, not to mention his life, crumble right before his eyes. 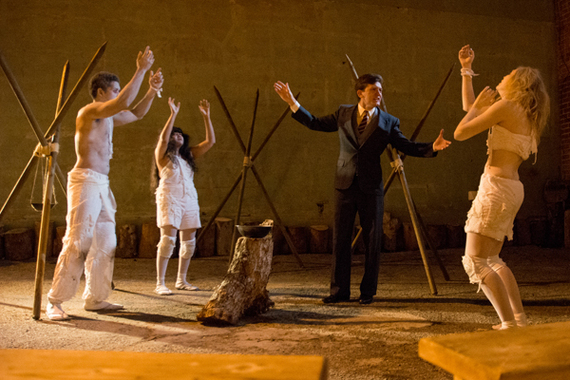 The story's telling is legible and focused. It recounts the rise and fall of King Oedipus (Mark Kopitzke). There's the treachery of his brother-in law Creon (Daryl Keith Roach); his unimaginable relationship with his wife Jocasta (Almarie Guerra); the unheeded revelations of a seer, Teiresias (Guerra); and the damning evidence of a shepherd (Paris Langle) and a Corinthian (Roach).

It's the details of the staging, though, that you notice and remember. Atmospheric and evocative, they assail the senses. Sage burns in the palace courtyard; an actual courtyard - the theatre's back lot. The Greek Chorus (Maria Ashna, Donovan Ayub, and Britt Harris) don't just provide context and commentary. Pasty and tattered, they stumble and spasm like the Undead. They sibilate each time a God's name is invoked. Unlike a melodrama, it's a sign of veneration. Expressionist paintings of eyes adorn the palace walls. They trumpet the irony of a blind seer that speaks the truth while a foursquare king is blind to it. They foreshadow the visceral conclusion. 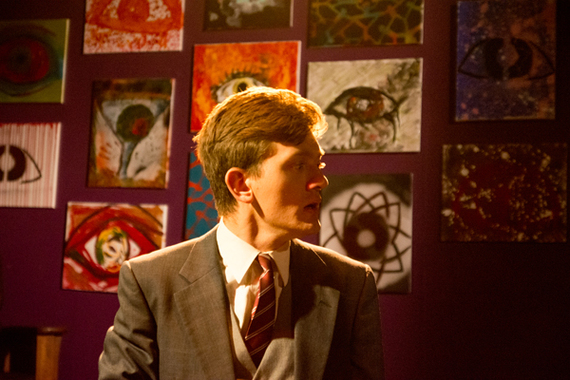 You're drawn to Kopitzke's Oedipus because, by all accounts, he's an upstanding king. Sharing the values of his subjects, projecting street smarts and disinterested goodwill, he's a suit but he's an empathetic suit. Unlike a recent ex-President, when he says that he feels their pain, you believe him. Through the crackle in his voice and his emphatic gestures, not to mention his energetic CEO resolve to redress the wrong that occasioned his realm's patch of ordained-by-the-God's bad luck, you know his word is good. The same ethos that make him virtuous, though, also make his downfall all the more cataclysmic. Kopitzke's Oedipus is the most tragic of heroes through his unwitting participation in a lethal chain of events that, consciously at least, were no fault of his own. His extended wailing at the end, when he reaps the full range of Olympian displeasure, is the final word on despair. 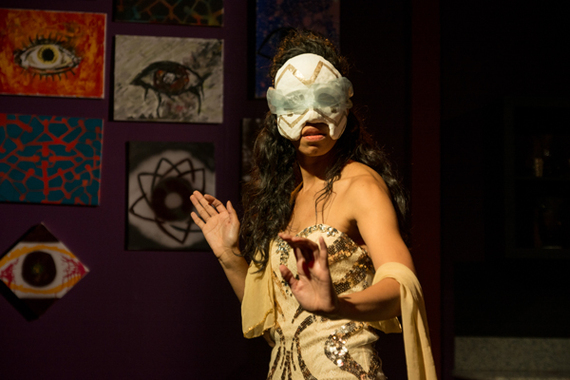 If imaginative staging drove the production's success, then the insertion of a Jazz Singer (Langle) into the story was inspired. What does a sequin-dressed, world-weary torch singer do? She smolders. Singing while Thebes psychologically burned, she lyrically supplanted the traditional Chorus. The Chorus gave us ballast, the Jazz Singer gave us angst. 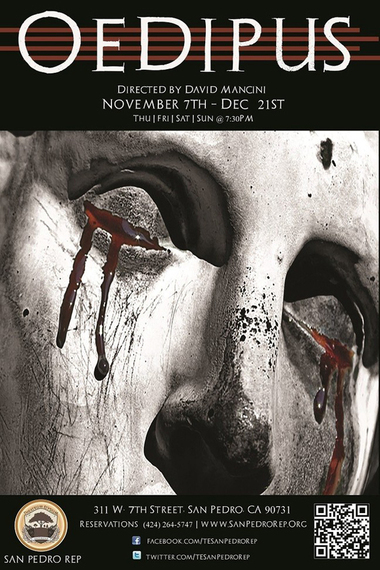