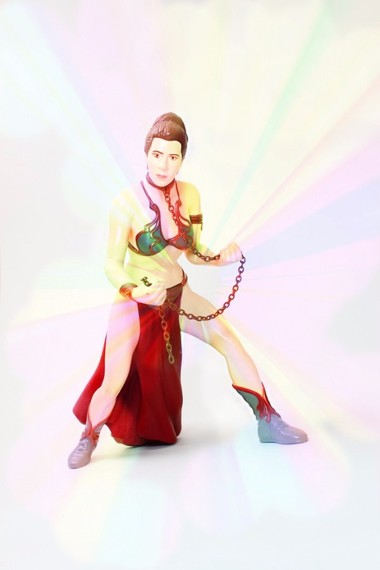 "Mom, thank you for giving me my brother," said my older brother when I was born. He won! My mother had bestowed him his very own brother. But then he lost: that brother turned out to be me.

My original sin -- so the story goes--was that I never gave him his "ups." Translation: When I was four I obliged him in a game of wiffle ball, swung the bat, ran the bases, and kept running all the way to my Miss Piggy doll--where I took refuge--without giving him a turn to hit and run. Today, nearly four decades later, he will tell this story if you mention my name.

And it's true: I didn't like wiffle ball. At four all I wanted to play was Miss Piggy, and I don't recall my brother ever joining me in that--nor, for the record, do I hold that against him.

But for some reason the old testament of my family history indicts me for the "ups" thing, and for ruining the paradise my brother had been promised. Maybe that's because older, louder, more masculine narratives tend to trump (so to speak) all others. Especially when they invoke familiar tropes--like boys playing ball--and villainize less familiar ones--like boys playing with dolls. Narrators with all the power tend to bully us until we, as they say in Star Wars (something my brother and I both liked), "Let the wookie win."

At holidays I recall my brother hovering over a bowl of shrimp cocktail, wookie-like, sucking down wet crustaceans inconsolably. He would stare grumpily, as if to assert that he was entitled to eat and I was not. When conflict erupted between us my mother would first say, "Boys!" as if it was undoubtedly both of our faults. And then, without fail, she would settle on, "Well, Mark. You never did give him his ups..."

When you are given a second rate narrative - in my case due to being born number two and liking girly things -you are entitled to less power, and a lesser chance of justice than the other guy. It always struck me that my brother got all the "good guy" Star Wars action figures, while I was given all the "bad guys," to go with my Princess Leia. You are forced to play the "bad" other when the part of protagonist has already been cast. (Ask Eve how she won the role of "deviant apple eater").

But I found a way out of that pigeonhole (sort of), when I was six.

We had just gotten home from seeing Return of the Jedi at the theater, and while my brother went off somewhere to impose heroic narratives onto his toys, I created a narrative of my own-- inspired by the iconic scene in Jedi, in which Leia is subjugated to sport a metal bikini and to be chained to the giant worm, Jabba the Hut, like she's his doll.

There was an old telephone pole in our backyard with a chain attached to it, so naturally I wrapped it around my neck. Not enough to hurt, but enough to become a captive Leia (sans metal bikini) and to dramatize her escape. I began with her hopeless resignation and her disgust as Jabba indulgently sucked down slimy buggy things. Then I moved to her brave subversive choice to smash out the lights and to use the liminal darkness to change the story. To toss Jabba's chain round his own neck, to pull tight, and to free herself. With the last enlivening tug at the pole, I, myself, was free.

"What are you doing?!," screamed my mother. Unfortunately she didn't get that I was Princess Leia, self-reclaimed from Jabba the Hut. She also missed that this was my great big chance to play!; that I wasn't hurting myself or anyone else, and that instead I was generating new life. ("Don't worry about me, Mom," I thought, "It's the telephone pole that's in trouble...")

Today as a psychotherapist, author, and actor, I might call what I did creative sublimation--a way to make my self known to the world through play. At the time I was just thought to be crazy, and once again, I was shackled in a narrative of someone else's making. But by then I had begun to bust out of the chains, and to construct my own version of events through play. Using my imagination, I discovered ways to coexist with other people--in games, in art, and in life-- without one person needing to win while the other loses.

Two of those people are my younger brothers, who were born around the time I escaped from Jabba. Though I loved them, I didn't thank my mother for them. I didn't believe they were mine or that they owed me anything. (Which is good because neither of them liked to play Miss Piggy or Princess Leia.) But we always found ways to exist together without blaming one another for our distinctly different likes and dislikes.

Ironically, today my older brother happily plays with girly dolls. He has two young daughters, you see, and he nurtures self-expression in each of them--even when their interests differ from his. (Parenting can be transformative). When I see him with his girls, he does not seem concerned with winning or losing, getting his "ups," or "downs," or casting good guys against bad girls. He just wants them to play the way they like to play. Whether that's by themselves, with him, or with each other. Even if one of them holds a doll while the other hits a ball. 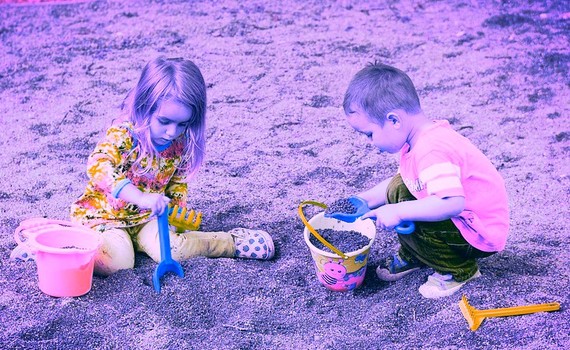