Last week, Justice Ruth Bader Ginsburg speaking at the University Minnesota indicated that there might not be a same-sex marriage case on the Supreme Court docket being announced in the next few days. It seems this once inflammatory issue is being capably heard in the federal appellate courts to unanimous determination that same-sex marriage is a requirement of constitutional equality. It is possible that a current case pending in the Sixth Circuit might resolve matters differently necessitating the Supreme Court's involvement. But, said Justice Ginsburg, "no urgency."

Like many Americans, I marvel at how public opinion has changed with respect to same-sex marriage. Moreover, having been married for close to 40 years, I know full well the benefits and enjoyments of marriage. Unfortunately, I also know the cost and heart wrenching pain of divorce, especially a divorce not wanted. While much attention has been paid to the moral status of homosexuality, far less attention has been given to how public and private, including private religious, institutions support or undermine lifelong commitment to marriage.

While the statistical count of divorces varies from place to place and sometimes from bean counter to bean counter, it is not uncommon to see one out of every two marriage still ending in divorce. Surprisingly, given all the debate over whether approving of same-sex marriage would somehow harm or undermine heterosexual marriage, there was little thought given to other policies that much more directly threaten the marital relationship.

Opposition to same-sex marriage for a good long while speciously claimed that treating the marital vows of homosexuals with equality would undermine heterosexual marriage, in fact, one can speculate that adding to the ranks of those with a vested interest in marital success and stability should help, not hinder, the common good. The common good is advanced, especially the good associated with the raising of young children, when divorce requires at least some minimum explanation that the unilateral exit from cohabitation does not.

We shouldn't mislead our same-sex friends, however, since it is the way of the moderns to treat this matter of divorce as no one's fault -- which in the abstract seems charitable -- yet it can leave the great harm of divorce to occur with little, if any, explanation. Infidelity of course supplies its own answer, but many marriages end -- mine included -- where the only explanation is a spouse no longer wishing to be married.

The logic of the 1970s favored no-fault divorce, and today 40 years later, with a renewed concern about domestic violence of all types, including NFL or sports related inclinations toward such intimate violent behavior, no-fault divorce may seem a no-brainer. It is not always so. There is a definite cost to leaving the cause of marital breakdown obscure for that magnifies that pain and irrationality being levied against the party desiring to keep the marriage alive. Indeed, entrenchment of no-fault divorce seems in operation to be little different than a return to allowing cohabiting partners to come and go out of a relationship without regard to the psychological costs imposed on the other spouse and the children. Giving reason would be showing respect as well as possibly facilitating a resolution other than exit or divorce. In this regard, we know from experience in labor dispute resolution that being nonspecific is not a help. Try solving a similar grievance to no-fault divorce at work. "I'm not feeling like being employed today," leads only to the exit; whereas, an obligation to specify labor grievances can facilitate resolution and accord.

Divorce lawyers sometimes style themselves as "family lawyers" which is a bit like describing ISIL as uniquely good at relieving sinus infections. Trust me; helping families is not what many of the denizens of the divorce process are all about. Moreover, highly adversarial lawyers intensify the fighting over property allocations, which while enriching the lawyer, almost always poisons whatever working relationship between the divorcing spouses to smooth the challenges of shared custody.

Running parallel, but less visible to the public radar, are the costs associated with no-fault secular divorce by religious practices which single out divorced members of a church community or parish for exclusion from the sacraments or other religious activity. Again, this turns out to be an especially and unnecessarily vindictive practice when aimed at the member of a marriage was sought continuation of the marriage, so long as it was untouched by domestic violence and the like.

I fully expect that the Supreme Court of United States will in the coming months decide that the principles of equality that guide our Constitution and the rule of law require that same-sex couples not be treated differently than their heterosexual counterparts in undertaking marriage. Unfortunately, those same principles of equality, unless no-fault divorce is reformed to make it less easy to walk away from one's lifetime promise, will mean that a homosexual couple will also be subjected to the same hazards of divorce.

Same-sex couples will likewise in some religious traditions continue to be treated unequally, and in this sense, they will be deprived of what faith believers hold to be the true essence of marriage -- the real thing. In the Catholic tradition, the real thing requires a proper understanding of the vows to be taken. The vows are threefold: to each other; to the community in the sense that the couple is promising to care for each other and not be a burden upon others if at all possible; and importantly, vows made to the author of marriage, God himself, who uses marriage to teach us about his own relationship to the church.

It is by the sacramental element that marital couples express the most sublime and beautiful conception of love. It is a conception of marital love whereby gender is transcended more completely than even the most progressive mind in the 21st century imagines. If done right and properly understood, husband-and-wife give up their genders and give up their individual, self-serving status and become a marital, other regarding couple -- a separate entity intended to be given its own respect and deference. Since being religious is, by the Constitution and the logic of faith, necessarily a matter of voluntary belief, there is nothing the law can or should do to in this deeply religious area. Nevertheless, even as the law cannot mandate equal treatment in a faith-based context, to the extent that public policy will be facilitating both same-sex and traditional marriage going forward, is it not in the interests of all faith traditions to strengthen marriages -- however the public sees them?

Of course, there are faith congregations that do give a blessing to same-sex marriages and others that don't. That is a consequence of freedom, and we allow blessings to be given in to be withheld, because all understand that faith cannot be coerced whether faith belief has a conservative or a liberal trajectory. Again, however even as religions are free to go their own way, freedom is always conjoined with responsibility and the implied understandings of citizenship. As I see it, such citizenship should command to the leaders of religions reevaluation of their doctrines as they pertain to marriage to see whether their private policies do indeed advance good things associated with marriage. No church should be directed to perform a religious ceremony it does not believe in, but surely no responsible church, would deny that there is some public interest in evaluating whether public and private decision-making and practice advances the common good -- in this case, in relation to marriage.

Let me return briefly to the case of a spouse facing an unwanted separation and divorce circumstance for which there was no extraordinary need such as domestic abuse or justification, such as infidelity. At the moment, Catholic teaching ignores the continuing good intent of the spouse whose principal interest was to remain faithful to the lifelong covenant and continue the marriage until death. Since that is no longer possible with the spouse that prompted a premature ending of the original marital relationship, there would seem no persuasive reason to preclude the spouse who did not desire the premature end of the original marital relationship, to pursue another and to be fully admitted to the sacramental life of the church with that new person.

This is not, however, the current Catholic doctrine. Again, principles of religious freedom rightly preclude the public law from interfering in this matter, but it does not preclude the church, itself, from actively rethinking whether its current practices are sufficiently aimed at honoring the good of the marital relationship. Happily, the ever joy filled reforming pontiff, Francis, is doing his papal best to have the matter re-examined, and it is speculated, reconsidered and amended.

The sacramental side of marriage is quite significant, and when honored can be liberating in surprising ways. Women are still bearing a far greater share of responsibility for child-rearing and are expected to stagger or delay their careers in ways that the male hierarchy does not contemplate for itself. We need a female president to actualize the potential of the female gender. This can be a scary thought to males; competition generally is, but the sheer talent of the female gender so evident to me in my own three daughters as well as classrooms across the country, will soon be credentialed and applied throughout the executive offices of the President of the United States. I have made no secret of my belief that Mrs. Clinton is uniquely positioned to supply the talents of leadership in the usual senses of the presidency and most definitely in the broader way spoken of here. 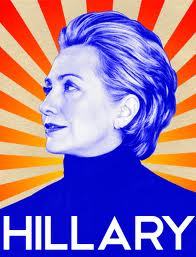 Mrs. Clinton is well prepared not just because she was a truly successful and respected Secretary of State, but because she survived a hurtful marital failing in the noblest fashion. Having suffered a breach of the lifelong covenant in a far more public way than any private citizen ever need endure, Mrs. Clinton responded not in abandonment or disregard, but with remarkable renewed commitment which has rekindled love in a relationship that is remarkable for its strength and witness. Today, the Clintons are united in the doing of good through the Clinton foundation and by numerous other means seldom reported.