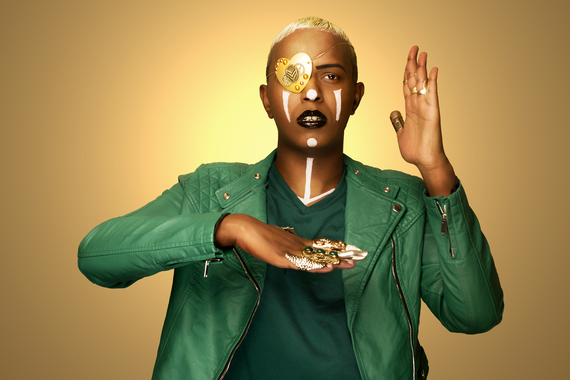 No one who has ever come out as gay, lesbian, bisexual or transgender to their family, particularly their parents, will ever forget that life-altering moment. The LGBT individual's entire future hinges on the outcome of how their courage will be perceived by their loved ones. Sometimes the connective thread will be cut; other times that bond will be deepened, enriched by this new reality.

Make no mistake: coming out of the closet requires courage. By coming out of the closet, the LGBT individual in question is re-introducing themselves to an often hostile world, and most of the time that hostility stems from one's own home. We sometimes forget that the mythology and history that surrounds the meaning of what constitutes a home is so deeply embedded in all cultures that the loss of it devastates every member of the family. When we think of home, we think of symbiosis and solace, community and kinship. This is why most LGBT men and women who are rejected by their families spend a lifetime trying to recreate through emotionally enriching friendship networks the familial solidarity they have lost. In some instances the whole enterprise devolves into an unwieldy simulacrum. In other cases, it's nothing short of a success story of self-parenting and community-building.

The latter example is my story. Nearly six years ago, when I came out as gay to my own family, I was rejected. At the time I went to see a counsellor who had experienced similar circumstances with his own family. His advice was simple. Give it two years, he said. Your heart will break a million times during the course of those two years. After that, he said, you'll begin to see things in a positive light. When he told me this I wanted to laugh, because it seemed like the most meaningless, homespun deception. Over the following two years, I woke up every night drenched in sweat from fighting demons in my sleep. Even though I was in a loving, fulfilling relationship, every time I listened to an innocuous pop song I struggled to hold it together. The most anodyne activities -- whether it was having casual drinks with friends or reading a book - required energy and stamina that I no longer possessed. My psychological and emotional substratum had assembled a powerful revolt against any internal forward motion. I was trapped in misery for precisely two years. Gradually, the painful memories receded. I regained my confidence but I now wore my thorns. I was no longer afraid of confrontation because I knew the consequences of remaining silent. I had risked my sanity in order to come out and lead a life free of prejudice. I no longer suffered from night terrors.

There's a flipside to this story because you have only heard my half of it. A friend of mine once said that the parents of LGBT youth often experience a variation of the trauma that their LGBT progeny go through when they come out of the closet. I didn't believe him at the time so I asked him to elaborate. His reasoning was simple. You're a totally different person in their eyes now, he said, and some parents experience grief for the child they feel they have lost. I dismissed this assessment as prejudice disguised as victimhood and went about reconstructing my life.

Three years ago, I was standing under the summer sun waiting for my bus to arrive. I sparked a cigarette and inhaled deeply. As I was enjoying my smoke, someone came up from behind me and placed their hands over my eyes. I did not panic. I recognized the fragrance of this individual, the feel of their palms. I turned to face my mother. She was smiling but she also had tears in her eyes. We hugged and kissed. She seemed ecstatic to see me but I was startled by my lack of emotion. I had waited for years for this moment and now that it was here it was strangely anti-climactic. We talked for about three minutes, until our individual buses arrived, before hugging each other quickly and promising to keep in touch. As I got on my bus and headed towards my destination, I realized that my mother was grieving for the son she had lost. She did not have the tools that I had, the counsellors and psychotherapists who guided me through my own grief, my ability to write and paint my way out of sadness and depression. I had healed and moved on. She hadn't. Like the distillation of saltwater, something had been lost and something had been gained. My sadness had lifted and in its place was a congealed self-protectiveness. By then more than two years had passed since that initial rejection and the counsellor who had once told me that the trauma would subside had been proven right. Not only had my trauma subsided but I had learned to care a lot less. The connective thread had been cut.

I removed my copy of Amy Hempel's Reasons to Live from my bag and I started reading.

Diriye Osman is the Polari Prize-winning author of 'Fairytales for Lost Children (Team Angelica), a collection of acclaimed short stories about the LGBT Somali experience. You can purchase Fairytales for Lost Children here. You can connect with Diriye Osman via Tumblr. He will be performing at The Huddersfield Literature Festival, The Polari Salon and The London Short Story Festival.