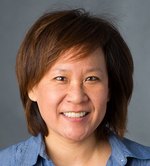 Should I take my daughter to get her nails done? Are manicures an opportunity for mother-daughter bonding, feminine socialization, labor exploitation or all of the above?

When my daughter, Sangha, was 9-years-old, I took her to get her first manicure at a nail salon in New York City. A young manicurist, who told us her name was Molly, attended to us. Molly was the daughter of the salon owner, and most likely was working without a license. She looked like she was just a few years older than my daughter.

I sat watching these two young Asian-American women, their soft hands intertwined, thinking about the different trajectories that had led them to either side of the manicuring table. We Americans so like to believe in meritocracy -- that people end up where they are because of their own hard work, intelligence and moral conduct. But seeing these two girls across from each other, it was hard to make this case.

Molly was just as sharp, plucky and beautiful as my daughter. She shared with us that she wanted to become an architect. But because her mother was an immigrant small business owner who relies on unpaid family labor to keep her salon afloat, Molly's chances of going to college were far more constrained, model minority stereotypes notwithstanding.

I was glad that Sangha and Molly hit it off, that they both seemed to enjoy the giving and receiving of the manicure, and that my daughter tipped well using her own money. But then we left the salon, and Molly stayed.

No one wants to feel that their lifestyle imposes harm on others. Everyone wants to enjoy a little pampering now and then, and a mani-pedi can be the perfect salve at the end of a hard week, especially for a beleaguered working mother. So what's a woman to do? And what's a mom to do on a Saturday afternoon when she wants to do something special for herself and her child?

Many women have grappled with these questions since the New York Times series "Unvarnished" broke several weeks ago, reporting widespread labor rights violations, toxic chemicals, and adverse health outcomes in New York City nail salons. The articles clearly hit a nerve, as the comments poured in. Here is a sampling:

"I'm done. Never again can I sit across from the mousy, submissive worker who exudes graciousness for my visit to the salon -- this is so sickening."

"So sad these women have to suffer just because lazy, privileged, women won't do their own nails. I mean how hard is it to cut your own freaking toenails."

I can empathize with the difficult feelings many women confront as they try to decide whether to continue getting their nails done, and whether this is a practice they want to pass on to their children. As someone who has researched and written a book on the nail industry and is connected to a national network of advocates who have been trying to bring attention to these issues for years, the fact that I still like to get my nails done -- and that I take my daughter to get our nails done together -- seems to surprise and even offend some people.

Shouldn't I know better? Shouldn't I be taking her to climbing walls or engineering camps, rather than grooming her into a little princess? Shouldn't we feel especially awkward, as Asian Americans, to have another Asian woman waiting on us? Aren't we more likely to be mistaken as the providers rather than the recipients of these services? The answers to all of these questions are both yes and no.

During that trip to New York, Sangha and I had our nails done together -- not once, but twice. Manicures at one salon, pedicures at another. I was in the thick of writing my book, so these visits were part research, but equally, part mothering. My husband was attending a conference so it would have been difficult and expensive to arrange for childcare in our hotel and I thought this time spent together would be enjoyable and educational.

That day after visiting Molly's salon, we visited another salon which was being boycotted in support of Susan Kim, a nail salon worker who had been wrongfully dismissed after demanding overtime and breaks. Sangha stood on the picket line, holding a signboard saying, "Sweatshops are not glamorous!"

Later she wanted to know more about what she had seen that day. She asked why Susan Kim had not been paid fairly for work she had done. She asked why so many people had ignored the picket and walked into the salon despite the protest. She asked if Molly was being treated in a similar way. She asked if we should not have gotten our nails done.

I answered in what I thought were clear but age-appropriate responses. I explained that the world is full of inequalities, and that we can work for change, but undoing these inequalities is a long and complicated process. That while we may feel bad that Molly has to do nails for a living, we also need to valorize this work. Manicurists like her need good customers, not customers who think that simply doing their own nails washes their hands clean of responsibility for deeply embedded social problems.

Sangha, however, was not buying it, and voiced the universal outcry of children faced with injustice, "But it's not fair!"

As an academic and activist, I long to hear this sense of outrage. But as a mother, seeing my daughter begin to grapple with the injustice of the world both warms and breaks my heart. I want her to understand that the lifestyle we lead as middle-class Americans is dependent on the labor of so many others, and the limited and fragile resources of the earth. I want her to appreciate all she has without feeling guilt, pity or superiority toward those who have less, at least materially, or envy, anger or inferiority toward those who have more. I don't want her to take for granted the level of consumption we enjoyed on our trip to New York. Yet, I want her to be able to enjoy a spa day, when needed or simply desired. And I would like to enjoy this with her.

I believe it is possible to do both -- to be committed to addressing the inequalities and injustices in the world, while embracing all that this world has to offer. As mothers, we can enjoy a manicure, respect the hard work of those who provide these services (and pay a just wage for it), and we can pass on this enjoyment and respect to our children. And we can join hands with nail salon workers, owners, advocates and policymakers to make the manicure as safe and fair an exchange as possible.

Several years later, we were back in New York and went and visited the salon where Molly had given Sangha a manicure. It was shuttered. My daughter and I peered into the empty salon and wondered if Molly had gone on to become an architect or if she was working at another salon.

Miliann Kang is Associate Professor of Women, Gender, Sexuality Studies at the University of Massachusetts, Amherst and author of The Managed Hand: Race, Gender and the Body in Beauty Service Work (University of California Press).

More:
nail salonParentsmanicurenew-york-nail-salonspedicures
Newsletter Sign Up
Raise the kind of person you'd like to know
Subscribe to our parenting newsletter.
Successfully Subscribed!
Realness delivered to your inbox