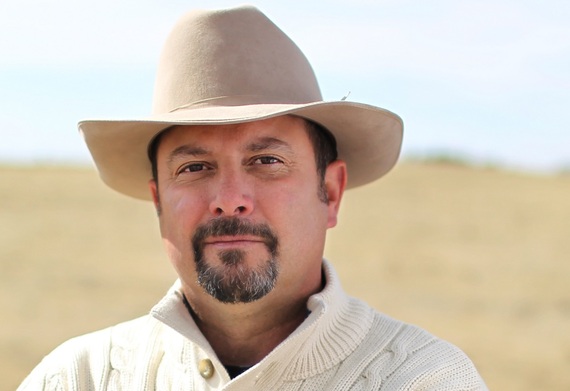 C.J. Box, the New York Times bestselling author of sixteen Joe Pickett novels, has millions of fans. In addition to the Joe Pickett series, he's written five standalones, and a short story collection, Shots Fired. He's won multiple awards for his fiction. His books have been translated into twenty-seven languages.

Off the Grid finds Joe's good friend Nate living off the grid, relying solely on survival skills, as he attempts to find Muhammad Ibraheem, a rogue journalist, who has also gone "off the grid". An ultra-secret government agency has pressed Nate into service to apprehend this suspect whose activities could lead to great bloodshed. Meanwhile, Joe's daughter Sheridan has accepted an invitation to attend a gathering where a group of political activists have been invited. But who and what exactly are they, and what's their real agenda?

The novel streaks to a startling conclusion in a sinister plot endangering Sheridan, Nate, Joe, and potentially, the entire nation.

Off the Grid centers around the politically charged topics involving jihadi terrorism and the U.S. government's attempts to deal with it. In light of the San Bernardino attack, will you talk about these issues?
I've done extensive reading on the subject, and was struck by the fact that our government is investigating potential terrorist plots in all fifty states. That seemed remarkable to me, especially when I thought about my home state of Wyoming with its small population.

What kind of activity could be going on here? Then I linked that question up with the fact that there's a huge NSA facility right over the Wyoming border in Bluffdale, Utah. That installation is designed for spying on domestic and international conversations.

Off the Grid describes many dangers, among them EMP. What is it and what are the dangers associated with it?
EMP means electromagnetic pulse. An EMP could conceivably knock out all electronics within its range. Typically, an EMP would be delivered by a nuclear device exploding above the surface, one that would wipe out the electrical grid. But in the novel, after having done some research, I learned work is being done on developing much smaller devices that can be targeted very specifically to take out a single facility or an electrical transfer station. It wouldn't take long with a few of these pulses to take down the entire electrical grid of the United States.

The title Off the Grid can have a couple of meanings. Will you tell us about them?
That was intentional. One meaning is that Joe's best friend Nate Romanowski has done his best to live off the grid--to be totally untraceable by any surveillance method. He fails in that effort, primarily because his girlfriend must call and check on her dying mother. It's a fact that every conversation or electronic message can be tracked and traced.

There are only a few places in the U.S. where one can actually be off the grid, and the Red Desert in Wyoming, where a good deal of the action in the novel takes place, is one of them.

And finally, the notion that with an EMP, the entire electrical grid of the country can be disabled, ties everything together with the title.

You write one novel a year, and every other year you write two novels. How do you keep up this pace?
Honestly, I don't know how I do It. (Laughter) I don't have any co-writers; don't hire anyone to do research; I just keep at it every day. I don't take extended time off, except when the time is right, you can find me fly fishing. (Laughter)

I write my thousand or fifteen hundred words a day, and generally produce a book and a half a year.

In light of that, do you ever procrastinate?
I really don't. I think that comes from my having been a journalist. Even though it's been a long time since I was one, if you're covering events for a daily or weekly newspaper, you can't procrastinate. You've got to produce the piece and you must do it on deadline. You can't wait for inspiration; you just have to do it. On those days when I don't really feel like writing, I just do it, and if necessary, I go back later to make it better.

You're such a well-known author. Which question are you asked most frequently?
It's either, 'Is Joe Pickett based on someone you know?' Many people can't quite conceive of creating characters out of fictional cloth. They feel the characters must be based on real people. The other question that comes up frequently is, 'Why don't you turn this series into a movie or TV series?'

Speaking of TV, I understand there are some television projects in the works based on Joe Pickett.
In the last year, some producers expressed interest in developing a Joe Pickett TV series. My wife and I have decided to take that project off the table for a while because we want it to go in a different direction. We'd like to see it done with the same integrity we hope the books present. There's a possibility for something coming out of The Highway, a standalone. David E. Kelly has purchased the rights to it, and wants to do an eight to ten episode series.

If a TV series or movie is made about Joe Pickett, which actor do you see playing him?
That's the third most frequently asked question. (Laughter). I honestly don't have anyone in mind. To me, Joe Pickett is a Wyoming game warden. I've met a few actual game wardens who would be perfect for the part, but I never think in terms of actors.

With so many novels down the line, what's the most important lesson you've learned about writing?
I think it's to keep the writing fresh and not fall into being formulaic. There are sixteen books in the series, but because they're written in real time where Joe Picket, his wife and children are getting older, the characters and situations stay fresh for me.

I think readers are very perceptive. They can tell when an author is starting to get tired of his own material. I know as a reader, I can tell when that happens. I don't want that to ever happen with my novels. I try to change things up by including topics in the news and controversial themes and subject matter in the novels. I think that keeps things fresh for both me and the reader. Life demands that we adapt, so our characters must do so, as well?

I know there are some very successful series out there where the characters seem never to age, or grow, or even limp around after having been in a car wreck from the last book.

On the other hand, I try to make things as realistic as possible.

What's coming next from C.J. Box?
I haven't even started the next Joe Picket novel but, I've got it all figured out. I've got the outline done and know where it's heading. Right now, I'm within one chapter of finishing another standalone.

Congratulations on penning Off the Grid, a true pulse-pounder dealing with terrorism, government spying, geopolitical conflict, loyalty, family, and much more.