Going live last Thursday, Offbeatr operates like you'd expect a Kickstarter-for-porn to operate: Anyone with an idea -- a film, book, event, game, product -- that needs funding can post a call for money, and others can donate to the projects of their choosing and get rewards for their support.

The main difference (we can't emphasize this enough) is that everything on Offbeatr is porn-related.

Check out the safe version of the site: 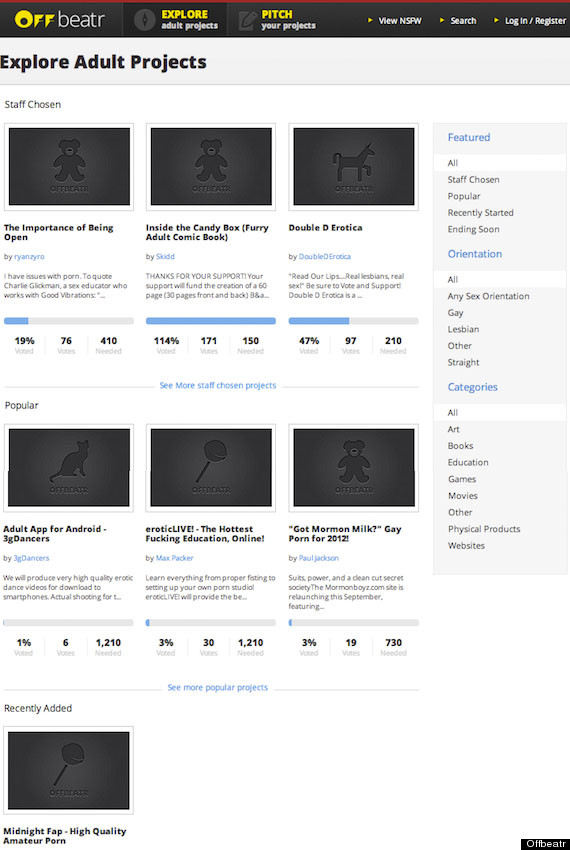